This past year, WitnessLA published various stories and investigations that we know made a difference.  Here is a small representative sample of some of those stories and areas of coverage, which we believe mattered.

In January of 2018, we began our #MeToo Behind Bars investigative series, about girls and women in Southern California jails and juvenile probation facilities who are sexually assaulted by staff.

Actually, the first of the #MeToo Behind Bars stories was published in September 2017, after we became aware of a civil lawsuit filed by a young woman who’d been sent to Camp Scudder, an all-girls LA County Probation  facility located in Santa Clarita, CA.  According to the lawsuit, which was eventually settled for more than $1 million, during her time at Scudder the girl’s main probation officer sexually assaulted her once a week, “on approximately ten occasions.” 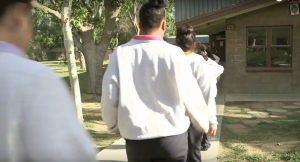 When, in a second story that ran in January of last year, we looked further into the case, we found that the girl, and her stepfather said they had reached out to multiple staff members for help, and were ignored. So, we wondered, were kids in the county’s care able to safely report abuse in county juvenile lock ups? The answers we found weren’t encouraging.

When we began investigating assaults by staff on inmates in adult facilities, matters were, if anything, more disturbing.

Now reporter Lauren Lee White is working on a full blown series about #MeToo Behind Bars for 2019.

The first story of the new series, which is being made possible with the support of the Fund for Investigative Journalism,  tells how federal investigators have ignored patterns of jail and prison sexual assaults that they are hired to report.

A New Chief, a New Sheriff and more

When it comes law enforcement in Los Angeles and Los Angeles County, 2018 was a year filled with drama. 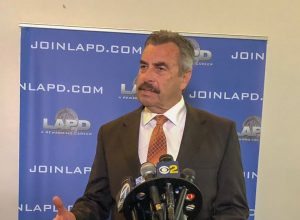 In the beginning of 2018, Los Angeles Chief of Police Charlie Beck abruptly announced his retirement at the end of an otherwise routine press conference, startling even some of the officers who had accompanied him to the press event.

WLA reported on the selection of a new chief to succeed Beck, of course.

But first we decoded the various facets of how the former chief’s more than ten-year tenure as the city’s top cop would be assessed. When the story ran, we got a lot of feedback.  And we heard that even Charlie Beck felt that it was WLA’s story that most got things right.

The selection of LAPD Chief Michael Moore at the beginning of June, was a suspense-filled process that we covered closely, along with others news outlets.

Yet, it turned out that the real drama of 2018—when it came to selecting a new top cop—was still to come.  This was the history-capsizing race for Los Angeles County Sheriff. 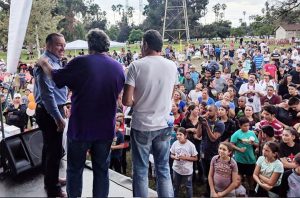 In the beginning, few expected incumbent Sheriff Jim McDonnell to even have to face a runoff.

Then when retired LASD lieutenant Alex Villanueva got 33.20 percent of the vote on June 5, to McDonnell’s 47.87 percent, unexpectedly forcing a runoff, experts, along with McDonnell’s campaign team, passed off Villanueva’s surprise showing  to his Hispanic last name, and not much more.  (He is the son of a Puerto Rican father and a Polish American mother.)

Villanueva was still was unlikely to be a threat to McDonnell’s victory the experts said.

The experts had it wrong.

When WitnessLA talked at length to Villanueva about his strategy in the primaries, and began to probe some of his tactics, our analysis revealed that the dark horse candidate had a fascinatingly savvy strategy that just might work.

There were other justice system stories that gathered a lot of readers, such as our coverage of the extremely controversial process of selecting a new LA County Public Defender.

A similarly widely circulated story resulted from our discovery that LA’s District Attorney’s office had quietly circulated a memo that, essentially, told cops how to get around a new law protecting California kids’ Constitutional rights.

And then LA County Juvenile Probation

Among the stories that we are proudest of, and that were among the most widely read, resulted from our ongoing coverage of the continuing and challenging struggle to reform LA County’s juvenile probation system. 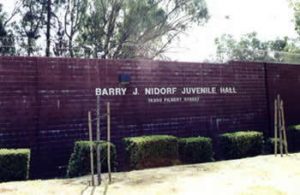 There was, for example, Lauren Lee White’s probe into reports of soaring numbers of assaults on officers in the county’s three juvenile halls.

Our continued string of stories on the long-problematic “probation lite” youth program, and what would replace it, was another topic we know had an impact.

Last year we also saw the effect of our investigation into leaked reports suggesting that some of the county’s juvenile halls may not be adequately safe for officers or kids, and related stories.

Then, after several years of our reporting helped make  the case for independent oversight for California’s largest probation agency, when the LA County Board of Supervisors took the historic step to approve the creation of such a civilian oversight commission, we continued—and will continue— to write stories about the messy details of its journey toward birth.

Deputy gangs, bills to watch, and an unusual profile.

And there are other stories…

Taylor Walker’s wonderful and much-praised Bill Watch section is a unique source of information for those who want to keep track of justice related legislation making its way through the state legislature (or occasionally the U.S. Congress).

We got a lot of strong feedback on our unusual 2-part profile of John Rodriguez, a young man who was sentenced to 22-years in prison for attempted murder after shooting a man outside a bar when he was 17-years old.

And we thought it was important to break the story about the tattooed and secretive deputy gang called the Banditos that was—and reportedly still is—operating with impunity out of the Los Angeles County Sheriff’s Department’s East Los Angeles station.

We’ll have more on this and related topics in 2019 as we continue to report in depth on the LASD under its ambitious new leader, Alex Villanueva.

We are also excited about new projects like our Dispatches from San Quentin series, and our soon-to-launched youth voices section, tentatively titled Youth to Power.

We’ve got lot in the works for this new year, already.

And, as always, we appreciate your company on the journey.