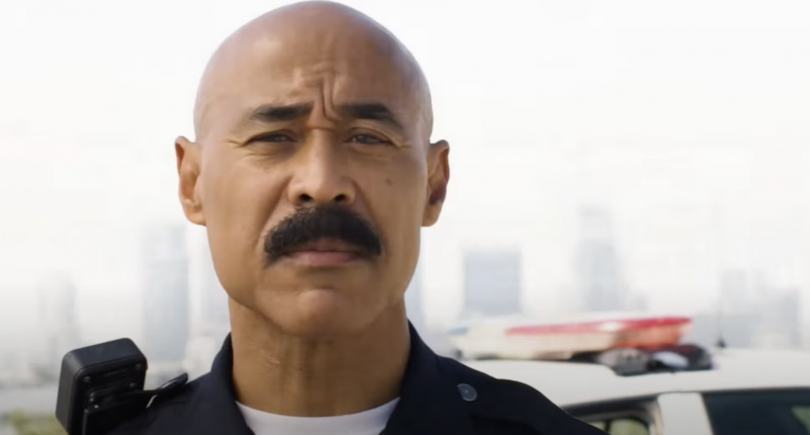 California’s Legislative Black Caucus has now endorsed Cecil Rhambo, who is, at the moment, the best known of the challengers of those hoping to unseat controversial Los Angeles County Sheriff Alex Villanueva in his race for reelection in 2022.

Rhambo, who rose to the rank of Assistant Sheriff before he retired from the LA County Sheriff’s department in June 2014, now serves as the Chief of Airport Police at LAX.

“I’ve known Cecil for many years and as chair of the Senate Public Safety Committee, I am confident he would be the Sheriff all of LA could be proud of,” Senator Steven Bradford (D-Gardena), told the Los Angeles Sentinel, which initially reported the endorsement.

“I know he is the right person to lead the LA County Sheriff Department during this state and national demand for police reform and accountability,” said Bradford who is the Chair of the CLBC. “And I trust his commitment to bringing desperately-needed transparency, equity, and integrity to the department.”

Indeed, Rhambo, who is both Black and Asian, has a meaningful array of relevant experience, which he acquired both during his multiple decades in the LASD, and his post retirement years, when he worked as Assistant City Manager for the City of Carson and as City Manager of the City of Compton, before assuming leadership of LA’s Airport Police.

It helped Chief Rhambo that when he first announced his candidacy, he did so with a" frameborder="0" allowfullscreen> smart, splashy, and highly effective video that drew attention to a list of reforms he says he advocates.

Now, although it is early in the game, Rhambo has already begun to pull in a some useful endorsements, which include positive nods from Supervisor Sheila Kuehl and California State Controller Betty Yee.

And now, there is the California’s Legislative Black Caucus.

There are reportedly other potential endorsers in the wings, who are hoping for somebody to emerge as a genuine alternative capable of taking on Sheriff Villanueva, who is rumored already to have a sizable war chest.

Some of those potential endorsers searching for a challenger, however, reportedly worry that Rhambo has skeletons in his closet from his LASD years, which could possibly come strolling out of said closet at an inconvenient time.

We’ll discuss more on the potential closet issue in future stories. But, suffice it to say that the fact that Cecil Rhambo was considered to be the close friend and main lieutenant of the department’s notorious former undersheriff, Paul Tanaka, who for many years was considered to be a corrupt and self-serving shadow sheriff, the individual who actually ran the LA County Sheriff’s Department, instead of the elected sheriff, Lee Baca.

In fact, in the late summer of 2011, when Baca and Tanaka engaged in the actions that were eventually to result in federal convictions for obstruction of justice, and conspiracy to corrupt justice (with accompanying sentences to federal prison), as of June 2011 onward, Rhambo was the number three at the department, who was by then in charge of the brutal and scandal-plagued jail system, which the feds were attempting to investigate.

And there are other potential skeletons.

Of course, Rhambo isn’t the only challenger.

As we wrote last month when LASD’s Lieutenant Eric Strong launched his campaign, he raised the number of  people who hope to unseat Villanueva to seven, with an eighth rumored to possibly declare candidacy in the near future.

(Lt. Strong will reportedly soon release his detailed list of goals for the department.)

Vera is also a somewhat controversial figure who was part of Sheriff Villanueva’s closest inner circle during the first part of Villanueva’s tenure, and was a critical part of the sheriff’s spectacularly ill-fated effort to have former LASD deputy Carl Mandoyan reinstated.

Interestingly, prior to being a Villanueva confident (a position he no longer has), Vera is also well known among department insiders as a strong supporter of Paul Tanaka during the years that the the former undersheriff was at the height of his powers.

In addition, two more people — Enrique Del Real, and April Saucedo Hood — have filed their candidacy with the registrar recorder but have made few if any other moves.

In addition to these six, retired sheriff’s commander Robert Lindsey, who unsuccessfully ran for sheriff in 2018, but who still has a following,  may also be considering a new run, according to sources.

Former LASD Undersheriff Ray Leyva, a well-liked figure who, more recently, was the interim Chief of LA County Probation while the Board of Supervisors searched for a permanent head of the department, was going to run for sheriff in 2022, and reportedly had his own sizable chunk of cash behind his potential candidacy.

But now, Leyva appears to be sidelined for health reasons.

In any case, the bottom line is this: as of today, closets or no closets, Rhambo is still considered the strongest challenger.

Yet, the story of whether or not LA County Sheriff Alex Villanueva will be re-elected in November 2022 is just beginning. So….stay tuned.