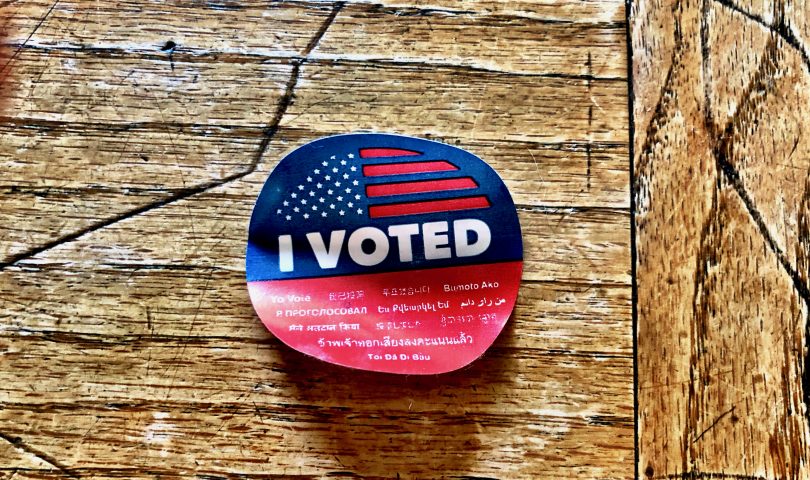 I VOTED! via WitnessLA

This means, among other things, that Los Angeles County voters will decide today if the nation’s largest sheriff’s department will have a new leader.

Or will Alex Villanueva, the agency’s extremely controversial sheriff, remain at the helm?

As the question hovers over Los Angeles County,  during recent weeks and days Villanueva appears to have continued to work against himself, engaging in one unwise action after another.

Last Friday afternoon, for example, Sheriff Villanueva sent out a text to the members of the department’s main deputies union, the Association for Los Angeles Deputy Sheriffs, or ALADS.

(The department’s supervisors have their own union in the Professional Peace Officers Association or PPOA.)

The text included a video of the sheriff (see below), in which he pleaded with the deputies who work under his command to donate money to his campaign, never mind that hectoring department members to donate cash to support the campaign of the guy with the power to affect—for good or ill—each department member’s future, is generally considered unethical at best.

The gambit is also unpleasantly reminiscent of the pay-to-play schemes of former LASD undersheriff Paul Tanaka and former sheriff Lee Baca, both of whom eventually went to federal prison for other forms of LASD-related wrongdoing.

Another among the recent array of troubling actions attributable to Sheriff Villanueva and his administration, has to do with one of the department’s K-9 dogs, a Labrador Retriever named Spike, who died approximately two years ago in the back of his handler’s department-owned Chevy Tahoe, under unclear circumstances.

It is traditional when a law enforcement K-9 dies for their death to be announced and for the dog to be honored. But that didn’t happen with Spike.

His death was never publicly acknowledged. Nor was it properly investigated according to department sources with whom we have spoken.

(Since then, Spike’s death has also spawned its own Justice4Spike Instagram page.)

Now, WitnessLA has probed more deeply into the issue, and we’ve uncovered additional facts and facets of the story of Spike’s death, which in turn have raised troubling questions about the department’s description of what occurred.

Soon, we’ll have that story about LASD K-9 Spike and why his death matters.

In the meantime, as you wait and watch for further news of election outcomes, local and beyond… be sure to watch this space for more news of K-9 Spike.

Update: Expect the story of K-9 Spike soon. See you then!