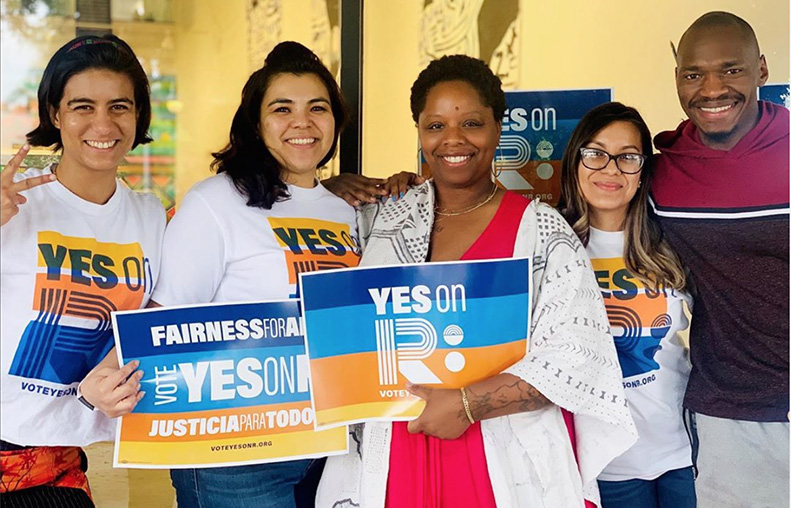 As one more round of ballots is counted after Tuesday’s unforgivably badly organized voting day, the much-watched race for Los Angeles County District Attorney could still go either way when it comes to avoiding a run-off battle in November, thus giving DA Jackie Lacey a third term.

(Lacy’s vote drops even a fraction of a percent she will not have the necessary tally to shut down the race, meaning the contest will continue and voters will make their final choice in November between Lacey and whoever has the next highest vote county.)

As of now, former longtime cop and retired San Francisco DA George Gascon has that next highest vote count with 27.44 percent or 337,962 votes.

As most readers know that this is a race that has stimulated a lot of strong feelings on all sides of the race, meaning those tracking the outcome are unlikely to exhale for a while.

The estimated number of ballots still to be counted as of this writing is 802,380.

We will be updating you right here whenever a new count is published so check back.

One of the clearest winners among the issues and candidates struggling for victory in Tuesday’s election is Measure R, which has passed with an undisputed landslide even before all of LA County’s votes have been counted.

The historic grassroots-led ballot initiative is designed to empower the Civilian Oversight Commission charged with overseeing the LA County Sheriff’s Department,  giving the COC its own power to investigate by granting it subpoena power, apart from its current investigative arm, which is the Office of the Inspector General. The initiative would also require the county to develop a comprehensive plan for reducing LA’s reliance on its jails, particularly when it comes to Los Angeles residents who are struggling with mental health issues.

The effort to get the measure on the ballot, which swung into overdrive last year, was led by Patrisse Cullors, co-founder of Black Lives Matter, political strategist Jasmyne Cannick, and other women and families impacted by the justice system.

Sheriff Alex Villanueva, however, has been one of the measure’s most ardent opponents.

Last month, Villanueva explained the reasons behind his dislike for Measure R on KPCC’s Air Talk with Larry Mantle.

“Measure R is a taxpayer-funded shaming effort from people who have always been opposed to the sheriff’s department and what we do,” the sheriff told Mantle. Subpoena power was unnecessary, he said, because everything that could be disclosed legally, the department was already planning to put online on the LASD’s website.

“So all this is is public shaming,” Villanueva reiterated, and it would “cost a fortune in lawyer fees,” because the Civilian Oversight Commission would try to get documents “that they’re not legally allowed to have.”

(Since the COC is mostly made up of lawyers and law professors, including one former federal judge who is also is a former U.S. Attorney, it was unclear why the group would be so eager to attempt to shred state privacy statutes.)

What Measure R would mostly provide, said the sheriff, is a taxpayer-funded “cottage industry” of lawsuits.

In a series of tweets on Wednesday, the day after the vote, Jasmyne Cannick, one of Measure R’s original sponsors, credited the sheriff with inadvertently doing a lot to help the passage of Measure R  with such actions as the controversial rehiring of Karin “Carl” Mandoyan, by his seeming failure to deal adequately with the department’s deputy gang issue, and by his handling of other issues, such as, Cannick wrote, “this latest incident with deputies sharing the photos from the Kobe Bryant helicopter crash…”

In any case, the majority of voters appeared to feel LA County would benefit from Measure R, and thus sent it cruising toward victory.

More soon…as we know it.

Top photo of Patrisse Cullors with voting canvassers for Yes on R, via Cullors’ Instagram.