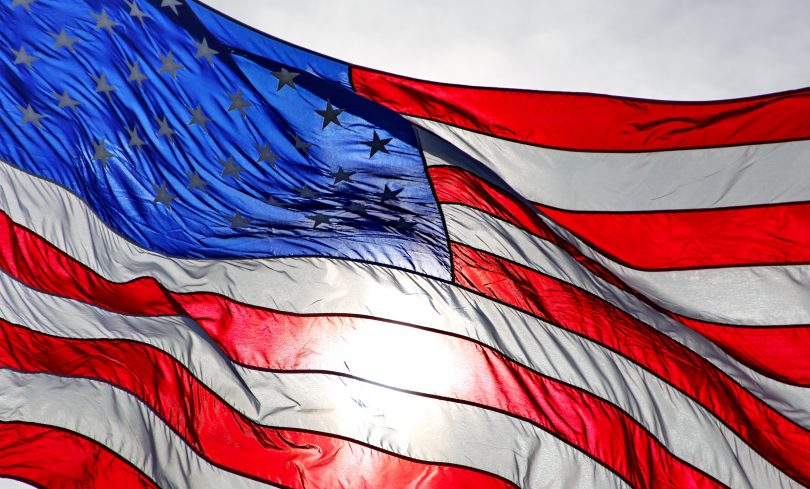 We’ll be back to our regular reporting tomorrow, but in light of all the intense emotions sweeping the nation this weekend having to do with the 2020 presidential race, we decided we’d bring you a variety of reactions — moments of relief, fury, grief, joy, and hope — expressed via Twitter by an array of people, many of them writers and other artists.

Clint Smith, writer for the Atlantic, Author of How the Word Is Passed: A Reckoning With the History of Slavery Across America, June 2021

This is so important to so many. https://t.co/7mVHoMq1HZ

I so wish John Lewis could have seen this.

Also, Asian Americans are 11% in NV; 4% in PA & AZ; and 4.7% in GA. You incited hate against the community. And more than two-thirds voted against you. That sure felt good to write. https://t.co/9IqAlCM5Up

With respect, this not the time for healing. We have not properly diagnosed the sickness or cleaned the wound. We have not begun to investigate why the illness it was allowed to fester so long or identified those who withheld early treatment.

A Native American dances in the street along with other individuals in Albuquerque NM pic.twitter.com/LeN7m9Ig89

With a lot of talk about Native voting in Arizona. I thought I would share 2 maps. The left is a map showcasing all 22 tribes in the state. The right an updated 2020 voting results maps by precinct. This give you an idea of how Indigenous communities voted in the 2020 election. pic.twitter.com/scrWENDVO2

Secretary of Defense
….@staceyabrams defended the hell out of this democracy #ForReal pic.twitter.com/F2VuFZ8Axh

Wow, this stat. In 2016, 22 percent of Georgia’s eligible voters were not registered. This year, that figure stood at 2 percent.https://t.co/G9b837eQBx

Ibram X. Kendi, author, essayist, Director, Boston University Center for Antiracist Research, National Book Award-winning author, of How to be an Anti Racist</a>, Stamped from the Beginning: The Definitive History of Racist Ideas in America, and Four Hundred Souls: A Community History of African America, 1619-2019, with Keisha N. Blain, to be released, Feb. 2, 2021.

This little girl will be a part of the first generation of little girls who will be able to see themselves in the Vice President of the US. As a #girldad, I couldn’t be happier for her. Now we just need to transform the nation for her and our precious little girls everywhere. pic.twitter.com/JsjGhc1jcH

Walter Isaakson, professor at @Tulane, author of “The Innovators,” plus biographies of Leonardo da Vinci, Franklin, Einstein, and Steve Jobs.

Wow. Every. Single. Word. Of. This. If you watch only one thing today, please make it this 4 minutes, and remember what America is all about. pic.twitter.com/E2TyermdLR

Two Saturdays ago I was being weaned off a ventilator. This Saturday, I am blessed with the opportunity to watch Kamala Harris make history as Vice President Elect and Joe Biden become President Elect with my two boys. This isn't an am not crying post because I am. #Election2020

“The African American community always had my back and I’ll have yours.”

That line is going to be repeated regularly for the next four years.

The win just happened, and he couldn't wait. The most racist presidency in modern times wouldn't have been defeated without black, indigenous, and Latinx voters — and this Republican wants Democrats to heed more white folks. It's past time for them to listen to us, @JohnKasich. https://t.co/VWGF39my9F

Robert Reich, Berkeley prof, former Sec of Labor. Cofounder, Inequality Media. New book: The System: Who Rigged It, How We Fix It.

Despite some of the highest Covid-19 death rates in America, Navajo Nation increased their turnout and went 97% for Biden…yes, 97%…

We owe them a debt of gratitude in helping to flip Arizona.

Jacob Soberoff, Author of “Separated: Inside an American Tragedy, @NBCNews
and @MSNBC correspondent.

Donald Trump will be gone. But the trauma suffered by thousands of families he separated will not be — nor will the immigration enforcement system that allowed him to do it.

Judith Lewis Mernit, writes about climate and politics for Capital & Main, and other publications.

That it was even necessary to say that.

Stuart Neville, Award-winning novelist of Northern Ireland. His 2009 first novel, The Ghosts of Belfast, about the aftermath of “the troubles,” won the LA Times Book award for that year.

All the way over here, thousands of miles away in Northern Ireland, my children were bouncing around the room and cheering at this news. pic.twitter.com/CSpd9p2ZJv

Paul Holdengraber, former director of New York Public Library’s Public Programming, most known for organizing literary conversations for the NYPL’s public program series, LIVE from the NYPL, which he founded. He hosts The Paul Holdengräber Show on the Intelligent Channel on YouTube, and is the founding Executive Director of The Onassis Foundation LA (OLA), a “center of dialogue” in Los Angeles.

“Being Irish, he had an abiding sense of tragedy, which sustained him through temporary periods of joy.”
~ W. B. Yeats pic.twitter.com/oJDfVUrEdu

The Academy of American Poets, the nation’s leading champion of poets, poetry, and the work of poetry organizations

But I laugh,
And eat well,
And grow strong.

Tomorrow,
I'll be at the table
When company comes.

Brandi Carlile, singer/songwriter, Grammy winner. The Joke, the song she sings with her two daughters in the tweet below, which she posted Sunday night, won her three Grammys in February 2019.

“I see your eyes behind your hair and you’re looking tired but you don’t look scared” beautiful celebrations tonight in our house. We have a long road ahead and a long way to go to do right by the marginalized communities who brought us this second chance…I am READY. pic.twitter.com/a0cGnCtIbJ