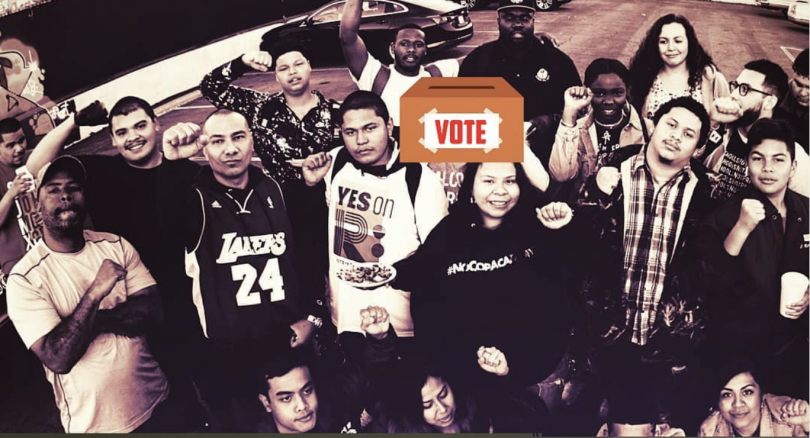 While votes are still being counted to determine for certain who will be the next President of the United States, the voters of California and Los Angeles County have spoken convincingly on a list of issues that will make a large and measurable difference when it comes to justice reform.

Nearly 60 percent of those Californians who went to the polls — physically, or via the mail or, in a large number of cases, by delivering their ballots to drop boxes — voted in favor of Proposition 17, which returns the right to vote to California’s formerly incarcerated citizens who are on parole.

The passage of Prop. 17 will affect the voting future of approximately 50,000 Californians, who have been prevented, by law, from helping to choose who runs their city, county, state, and nation.

With 62.3 percent of the ballots cast against it, Prop. 20 was rejected by an even larger margin than the YES votes Prop. 17 received in Tuesday’s election. Proposition 20, which was backed by law enforcement union and other law-and-order-leaning organizations, would have, among other actions, rewound parts of Propositions 47 and 57, which have helped to reduce the state’s decades-long over-reliance on incarceration.

And, as we reported earlier, Black Californians would likely have been impacted by Prop. 20 at three to five times the rate of their white counterparts, had Prop. 20 passed.

This complicated ballot proposition, which was rejected by 62.3 percent of the state’s voters, was basically the proposed ratification of a law that was passed by the California legislature in August 2018, in order to get rid of the money bail system.

Yet, before the bill was passed in 2018, it was amended to such a degree that many of its original champions, such as the ACLU and a long list of others, withdrew their support, saying that it was now better to defeat the thing and start over. Nevertheless, SB 10 passed in August 2018, with many lawmakers deciding that this was a case of don’t let the perfect be the enemy of the good.

Fast forward to this year, and Prop 25, which was vehemently opposed by California’s bail bond industry. But, like SB 10,  it has also been opposed by a list of respected justice reformers who said that, if passed, Prop. 25 would create more problems and potential injustices than it solved.

For one thing, Prop 25 would have triggered the use of an ethically dubious and potentially racist risk assessment algorithm to determine who should be released and who should not.  Furthermore, Prop. 25 would have given millions of dollars in funding to the state’s various county probation departments in order to involve probation, unnecessarily, in the risk assessment process.

Nevertheless, still other equally respected justice reformers, while they agreed that the bill and the proposition had worrisome faults, pointed to all the people who wind up in jail as they wait for their cases to be settled, not because they are any threat to public safety, but simply because they can’t afford bail.

This ballot proposition, as flawed as it was, the pro-25 justice advocates said, would help at least a percentage of Californians to avoid life-damaging and entirely wealth-based stays in local jails, while advocates worked to undo the law’s inadequacies.

Now that 25 has been defeated, we can expect a big push from both groups of justice advocates to craft and pass a better bill in 2021.

And, in the meantime, a case pending before the California Supreme Court, if it prevails, would, at the very least, require judges to consider whether or not someone can afford bail before requiring it.

Although, not all the LA County’s votes are counted, the proponents of Measure J, have declared victory since nearly 60 percent of the votes already tabulated favored the important ballot measure.

Measure J, just to remind anyone who has forgotten, will amend L.A. County’s charter to permanently allocate at least 10% of existing locally-controlled revenues to be directed to community investment and alternatives to incarceration.

In short, the passage of Measure J is a game changer when it comes to a county-wide commitment to health and healing first, incarceration last as the perspective with which to approach public safety and community well-being, particularly in Black and brown communities.

By Wednesday afternoon, the much watched race between Los Angeles  District Attorney Jackie Lacey, and challenger George Gascón showed Gascón leading with 54% to Lacey’s 46% . There is an unclear number of votes still to be counted, yet the momentum appears to be with Lacey’s opponent.

Gascón, a former longtime cop, has headed two police departments, and was second-in-command at the Los Angeles Police Department under Bill Bratton.  More recently, Gascón served as San Francisco’s D.A. where he became known as a nationally recognized as  justice reformer.

Lacey, the first Black person and first woman to lead the nation’s largest DA’s office, was initially very well liked.  But, in recent years, critics say, her reform actions have repeatedly failed to match her rhetoric.  Justice advocates, public defenders, and others point to such issues as an ongoing insistence by her office on prosecuting too many of those who struggle with mental illness, who could be safely diverted. And there are other issues, such as her reluctance to prosecute anyone from the world of law enforcement, ongoing allegations in her office of a pattern of sexual harassment, retaliation, and incidents of racial discrimination –and more.

Like measure J, the Lacey/Gascón race has come to be seen as another highly-watched test of the county’s commitment to justice reform.

And in other justice reform news….Holly Mitchell, Mark Ridley-Thomas, and Nithya Raman

Los Angeles progressives  are also cheering loudly for the victory of urban planner Nithya Raman who appears to be about to unseat City Council member David Ryu, with 52.4 percent of the vote to Ryu’s 47.6 percent.