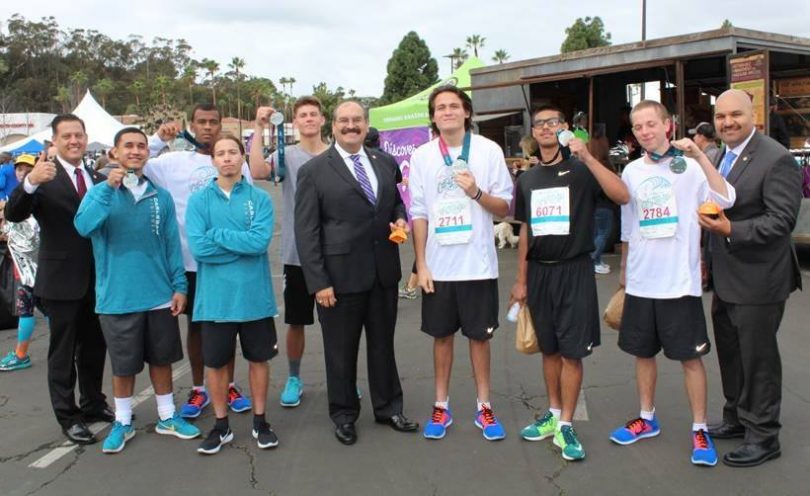 After much searching, the Los Angeles County Board of Supervisors has reportedly just hired a brand new chief to run the nation’s largest, and arguably most complicated probation department. His name is Adolfo Gonzales.

Although the search for the next chief was a nationwide endeavor, the board members found the person they believe should lead LA’s problem-ridden agency close to home. For the last four years, Gonzales has been the chief of San Diego’s probation department. Prior to that, Gonzalez spent most of his working life in law enforcement, also in San Diego County. 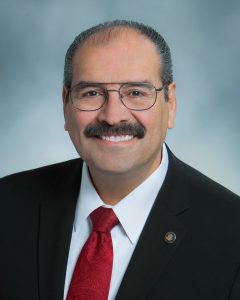 The board will reportedly make the formal announcement that Adolfo Gonzalez is to be the new chief on January 5, 2021. The San Diego chief will leave his existing post on January 29, 2021, and should assume his leadership role in Los Angeles shortly after that.

When he arrives, Gonzales will replace LA’s interim chief, Ray Leyva, who agreed to take the helm of LA County Probation in January of 2020 on a temporary basis, after then-Chief Terri McDonald unexpectedly announced she would be retiring early. The idea was that Leyva, the former undersheriff of the LA County Sheriff’s Department, would provide a steady hand at the tiller, allowing an unhurried search to find the candidate best able to lead the agency into a reimagined future.

Matters were complicated by the fact that McDonald’s early exit occurred at a time of great transition for the department.

For one thing, the board was about to vote on the creation of a new Probation Oversight Commission with subpoena power.

And the report about the possibility of “transitioning” Los Angeles County’s juvenile justice system out of the Probation Department into another yet-to-be created agency was also about to be delivered.

Plus the scheduled phase-out of the use of pepper spray in the county’s youth facilities was another potentially bumpy road that lay ahead.

Then, if that was not enough, around two months after Leyva moved into the chief’s office, the COVID-19 pandemic struck LA County in earnest, meaning that almost everything but getting through the crisis had to be tabled.

In short, anyone who takes over the office of  LA County Probation chief now, will encounter some interesting challenges.

This is, of course, all the more reason that the new chief needs to be the right person for the job.

So who is Adolfo Gonzales and why was he hired?

COVID-19 notwithstanding, after running through five different probation chiefs in the past ten years, two of them interim chiefs, the board, LA’s justice advocates, and other stakeholders, have been anxious to find a leader who can handle the complexities of the agency with its nearly billion dollar budget, but who is also a proven reformer.

In late October of this year, the importance of getting this new hiring process right was emphasized in a letter to the board from the CEO’s of six of California’s best known justice reform-minded charitable foundations. The letter detailed exactly what kind of candidate the CEO’s believed was needed.

In the last year or two, the county has for example, created the division of Youth Diversion & Development (YDD) within the Office of Diversion and Re-entry, the L.A. County Youth Commission, the soon-to-be-launched Probation Oversight Commission, the Alternatives to Incarceration Initiative, the workgroup developing a plan to close Men’s Central Jail — and more.

LA county is “moving away from a system of punishment to one of prevention, mental health resources, and youth development,” the philanthropic leaders wrote. This ongoing transformation “now comes to a critical juncture — the selection of the next Los Angeles County Chief Probation Officer.”

With all this in mind, on the surface it was a surprise that the board chose someone with Gonzales’ background that, other than his five year stint at San Diego Probation, has been primarily focused on the world of policing.   After starting in the police reserves, he became a full time officer for San Diego Police Department in 1979, rising through the department ranks to the rank of assistant chief of police in 2001. In 2004, Gonzales became the Chief of Police for National City, then was the appointed as the Chief Investigator for the San Diego District Attorney’s Office in 2013.

Then in March 2016, following three years with the DA’s office, Adolfo Gonzales accepted the position of Chief Probation Officer for San Diego County, taking over a department that had been struggling with its own dysfunction and scandals, which included a scathing report in 2015, by Disability Rights California, detailing the ways that kids with disabilities were being abused by staff.

Surprisingly, Gonzales turned out to be an unusually good fit to take over San Diego’s troubled agency.  Even his lengthy background as a cop, seemed to lead him to better understand the changes needed in the department he’d been hired to reform.

“Transforming our juvenile justice system also means shifting the culture within our probation department,” Gonzales said early in his tenure. “We are moving from a primary focus on compliance to emphasizing rehabilitating our youth to achieve the best public safety outcomes. We are keeping as many youth as possible out of custody and making sure they receive the services they need to succeed.”

So what turned the career law enforcement guy into a justice reformer?

In 2016, a week after Gonzales took over as SD’s probation chief, he sat down for an interview with The Voice of San Diego’s Kelly Davis, in which he explained that he was raised in Otay Mesa and was familiar with what it was like to grow up as a kid in a tough, violent neighborhood.

He “started as a low-rider,” Gonzalez said, and knew intimately the experience of being unnecessarily harassed by police. Yet, it was for those reasons that he got into law enforcement, he said.  “I wanted to find a better way to do things.”

At San Diego probation, Gonzales’ search for a better way included working to institute a revised perspective on the part of staff of the kids in probation’s care, a perspective that was, at the time, at odds with much of the existing department culture.

“Often the youth who do enter our system have experienced situations that can be difficult to relate to for some people,” Gonzales explained in a report to the SD Board of Supervisors in April 2019. With this in mind, one way the department was trying to bring new perspectives to working with kids, he said, was with the recent hire of an officer “who went through the justice system as a youth.”

Under Gonzales, San Diego’s probation department also made a point of working with “community mentors who are reformed from the criminal justice system and want to help others avoid the same pitfalls,”

Sometimes, Gonzales explained to the SD board, “it takes this level of understanding and shared experiences to convince youth that they can climb out of the circumstances that led them to the juvenile justice system.”

In a December 17, 2020, letter notifying the SD Board of Supervisors that he was leaving (a letter that WLA has obtained), Gonzalez wrote of his pride regarding the county’s in-the-works construction of new Urban Camp for “long-term detained youth,” namely kids who have committed more serious crimes. “Once completed,” Gonzales wrote of the project, the facility “will be the national model for treating and supporting youth to long-term success.”  He fully expects, he said, that, in the future,  San Diego County would be “busy with tour requests from juvenile justice agencies from around the country,” just to see this brand new approach to helping justice involved-youth recalibrate their lives.

So, will Adolfo Gonzales be the right fit for LA County as it continues to reimagine its own approach to young people who come in contact with the justice system?

Those with whom we spoke who know of the new appointment were optimistic.

Furthermore,  those who worked with Gonzales down south appear to think highly of him.  This prominently includes Sandra McBrayer of San Diego’s Children’s Initiative.  McBrayer, who is an internationally respected expert on children, youth, and families, was someone who frequently advised Gonzales in his efforts to transform San Diego County’s youth justice system.

In the last year of Gonzales tenure, McBrayer frequently praised the department and its chief for implementing new strategies such the department’s Alternatives to Detention program, which partnered with community-based organizations, to keep kids from returning after a brush with the justice system. McBrayer also noted that Gonzales was re-evaluating the rest of probation’s existing programs and services to make sure they were supporting the reform model to which he was committed.

“I believe in education and intervention and prevention before suppression and enforcement,” Gonzales said in 2016 at the beginning of his SD Probation tenure.  “You can’t arrest your way out of a problem.”

And, for the rest of his time as San Diego Probation Chief, he reportedly worked to put that belief into action.

Adolfo Gonzales holds doctorate of education in leadership science from the University of San Diego and a master’s degree in education from San Diego State University.