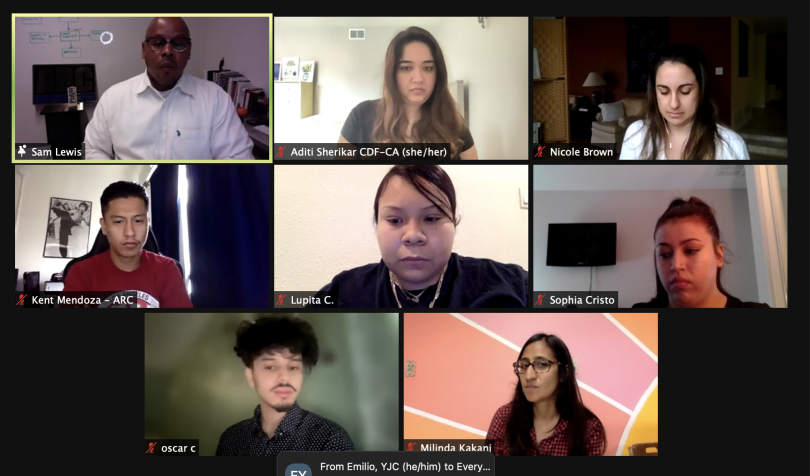 A coalition of youth leaders impacted by Los Angeles County’s criminal legal system is calling on the county’s supervisors to prioritize — and fund — Youth Justice Reimagined, an initiative the supes approved last November, as part of its mission to build a community-focused “care first, jail last” justice system.

LA County CEO Fesia Davenport’s initial recommended 2021-2022 budget does not include funding for YJR. It does, however, feature what the Los Angeles Youth Uprising (LAYUP) coalition of community organizations has called a “bloated” budget of more than $400 million for juvenile incarceration and probation. 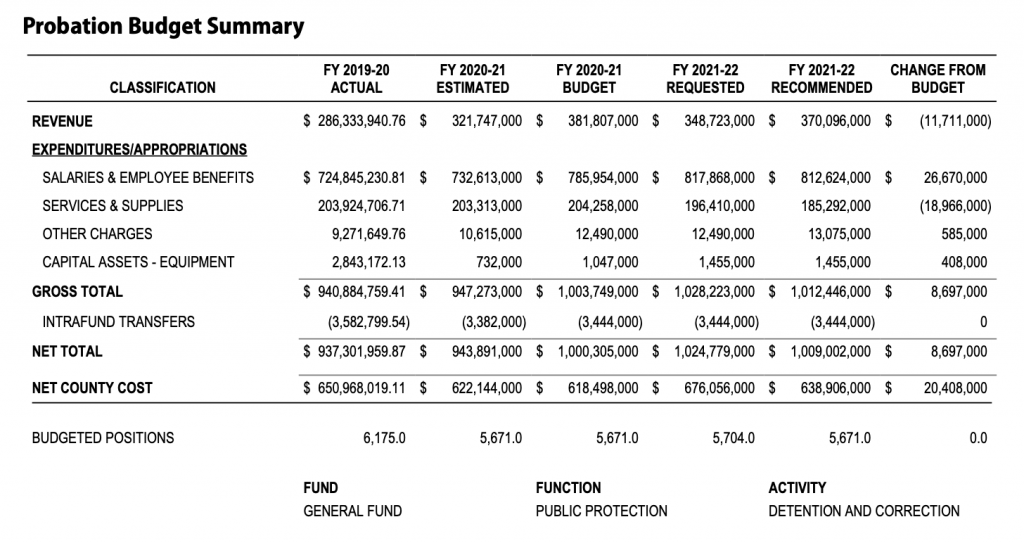 Yet, transforming the youth justice system can’t wait, advocates argue — especially considering counties must prepare to take over custody of youth who would otherwise be held in state lockups, as California begins to shut down its youth prison system.

Starting on July 1, 2021, California will stop taking most youth found guilty of serious crimes into the Division of Juvenile Justice system — keeping them instead in their individual counties. The use of CA’s three youth prisons will eventually be phased out altogether, although the state will temporarily continue taking young people at risk of being pushed into the adult system.

The transition won’t be a simple one, especially for LA County, which sends the most kids to DJJ out of any CA county.

And, in a report released late last year, the Pacific Juvenile Defender Center and Youth Law Center caution that state and local officials are “at risk of replicating past mistakes,” if, through the system realignment, counties fail to reform their own juvenile justice systems to better serve kids’ needs and reduce harm.

In May 2020, LA’s supervisors voted to use the closure of DJJ to reinvent local youth justice as a system focused on rehabilitation and wellness.

The motion directed the county’s Youth Justice Workgroup to create a “DJJ Transition Subcommittee” tasked with developing strategies for preventing kids from being tried as adults, boosting community-based alternatives to incarceration for kids who would previously have been shipped to DJJ, and making sure that detention facilities do not slide back into old punitive practices that have either been abolished or are mid-phase-out.

Five months later, in October 2020, the Youth Justice Workgroup — which includes a diverse group of experts and stakeholders, including impacted youth and other members of the LAYUP coalition, court representatives, and local justice and government officials — presented the LA County Board of Supervisors with a 53-page report titled “Los Angeles County: Youth Justice Reimagined.”

The supes unanimously approved Youth Justice Reimagined, passing a motion to adopt the report’s recommendations and create a new Department of Youth Development (DYD) to take control of the youth justice system away from the troubled LA County Probation Department. The development of the DYD and transfer of responsibility should be achieved through a three-phase approach expected to take approximately five years, according to the Youth Justice Reimagined report.

The phased strategy, the supervisors’ motion said, “allows the County to move forward immediately, while recognizing the need for continued collaborative planning and problem-solving that is required to make the full vision a reality.”

The motion called for “an initial investment of $75M in the DYD in Fiscal Year 2021-2022.” The majority of that money was to be earmarked for community-based services including diversion and reentry and support programs for LA’s students.

But the LA County CEO’s 2021-2022 Recommended Budget, approved by the Board of Supervisors in April, does not include that initial funding for Youth Justice Reimagined. Advocates still have hope that LA County officials will include the $75 million for YJR as they continue to tweak the budget in the months ahead.

During a press conference on April 19, however, CEO Davenport called the creation of a Department of Youth Development “a little bit premature,” noting that there was a “timeline and a list of tasks that need to be completed” before the department could be created, and that the process will take “at least five years.”

The Chief Executive Office says that it is currently working on a report to the board addressing “things that will take longer to accomplish, including addressing existing legislative barriers, labor relations issues and identifying ongoing and sustainable funding sources.”

The CEO is also looking for short-term funding that will help “scale up existing efforts for maximum impact,” in the meantime.

But because the CEO’s roadmap report for establishing and funding the new department under YJR — the Department of Youth Development — is not completed but is expected to be submitted to the board “in the coming weeks,” the CEO did not include funding recommendations in its budget for Youth Justice Reimagined.

The county’s justice-involved youth can’t wait for the slow-moving county to begin funding the initiative one or more fiscal years from now.

In response to the April budget proposal not including money earmarked for transforming the youth justice system, the LAYUP coalition began urgently calling for the initial funding to begin this fiscal year.

Sam Lewis, Executive Director of the Anti-Recidivism Coalition (ARC), said that while the county may not be ready to begin the process of transforming the system as outlined in Youth Justice Reimagined, the community-based organizations are “already doing the work in the community” and are more than ready for expansion. “Please do not hold this funding up because the county, which moves very slowly, is not ready,” Lewis said. “We are ready, we are able, and we’re actually doing the work.”

Sophia Cristo, a youth organizer and advocate with the Anti-Recidivism Coalition said that if she hadn’t had ARC to turn to after spending 10 years in lockup, she “would have been lost.”

“I probably would have been back inside right now because I didn’t have a home to come home to,” said Cristo. “I didn’t have employment. I didn’t know how to go about doing those things because being inside, you’re not taught that.”

Finding $1 billion for LA County Probation, but zero dollars for youth justice reimagined “is so disgusting,” said Lupita Carballo, a FREE LA Youth Coordinator with the Youth Justice Coalition. How, she asked, can the county spend more than $400 million on the juvenile probation system when there are fewer than 400 youth in lockup at a time?

Creating the Department of Youth Development is made all the more urgent by the DJJ transition beginning July 1, the advocates said.

Youth Justice Reimagined, Sam Lewis said, is about “truly supporting our youth in a holistic manner — something that has not been done in LA County ever.”

If the county is committed to a “care first, jail last” model, “why are we constantly funding things that put jails first and care last?” Sophia Cristo added.

Toward the end of Thursday’s press conference, Mora Greer, a youth advocate with the Arts for Healing and Justice Network (AHJN) and LAYUP, shared the following poem about the prioritization of systems designed to punish and “chain” Black and Brown youth, families, and communities. In it, she asks when those chains will be replaced with systems that uplift and help youth heal and grow.

Billion Dollar Chains of the System
by Mora Greer

$409 million to put our families and communities behind bars when instead you could help us reach for the stars?
Are we a product of our environment?
Just meant to survive the visible and invisible CHAINS of the system.

We are walking through war zones with police and probation at every step just to get to school
Only to be talked down to, put in our place, and put in handcuffs by the system’s CHAINS
Do you hear us when we say this is so unjust?
When we ask ourselves, does the system want us to have an education?
Or does it want us to drown in their mistakes and wasted dollars?
In the billion dollar CHAINS of the system.

$409 million to put our families and communities behind bars when instead you could help us reach for the stars.
We are Black and Brown leaders screaming for justice.
We are here whether we are seen by the system or not.
We are more than products of our environment but all you see and hear is fear.

Our call to action?
A mere $75 million to fund youth development in a sea of dollars spent to cage us.
Faith in a future where we are included.
Schools, jobs, and community centers that see us, hear us, and heal with us.
We are not meant to just SURVIVE your system
And we ARE here to break your CHAINS.

Correction: Statements about the budget process timeline have been corrected in the latest version of this story. In addition, a sentence stating that the CEO’s office would release a new report on May 10, has been corrected.