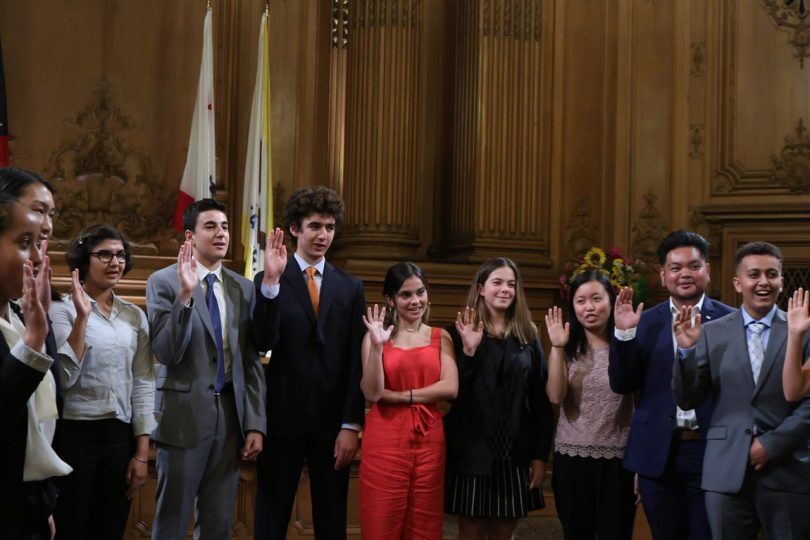 On Tuesday, Feb. 4, the Los Angeles County Board of Supervisors approved a plan to launch a Youth Commission to advise the board and county departments on matters of policy, budget, programs, and other issues that affect the county’s youth and their families.

With this commission, the county has the opportunity to create a “trailblazing model” for jurisdictions across the nation, Supervisors Janice Hahn and Sheila Kuehl wrote in their motion.

“In a time when the County is engaged in major efforts to reform the juvenile justice system and aspects of child welfare,” Hahn and Kuehl said, “it is critical that we have those with lived experience be advocates, champions, and change agents as we all seek to improve the systems that impacted their lives from a very young age.”

Back in April, the board directed the Commission on Children and Families to work with relevant county departments and community stakeholders to determine the feasibility of creating such a council.

The commission-led report came back in December with best practices and recommendations for launching the youth panel, which the county now plans to carry out.

The LA County Youth Commission will go live by May 15, 2020, at the latest. At the start, the commission will be comprised of 15 members, with the option to later increase the membership to 19.

Each of the young commissioners must be between the ages of 18 and 26 and have personal experience with the juvenile justice system, the child welfare system — or both systems — and must “reflect the geographic profile and demographic characteristics, including racial/ethnic identity, sexual orientation, and gender identity, of those involved with the child welfare and juvenile justice systems,” according to the motion.

“LA County’s most serious responsibility is the one we have to the tens of thousands of children in our care in both our foster care system and our juvenile justice system,” said Supervisor Janice Hahn. “Our success– and too often our failure– to serve these children can shape their futures. If we really want to learn from our mistakes and improve the system for the next generation, we need to engage with the young people who grew up in these systems and know what it takes to make them better.”

Under the plan outlined in Tuesday’s motion, LA’s five county supervisors will select one commissioner each. The remaining 10 will be selected through an application and interview process.

The commissioners will be able to make recommendations regarding current policies, budgets, programs, and practices that affect kids, young adults, their families, and their communities. They will also be encouraged to propose new policies, legislation, programs, and services.

The motion directs the commission to select at least three specific issues per year “for concentrated review, analysis, and, where appropriate, Youth Commission intervention,” according to the motion.

The youth commission will have the power to “monitor outcomes and the quality of services” that the county provides to the kids under its care. This power would include the ability to conduct site visits and interview youth.

The members will also have the ability to launch workgroups and committees that, while led by at least one commission member, could include non-council-members, like experts, advocates, and department officials.

The motion calls for a funding and staffing plan, as well as the drafting of a commission ordinance and bylaws.

California lawmakers are also working on a bill that would create a similar state-level youth commission. The bill, AB 1858, would allow CA to join a group of more than a dozen states with youth advisory boards.

San Francisco reportedly created the first-ever youth-led advisory board in the state in 1995. And its members, newly selected each year, are still working to move the dial on juvenile justice, child welfare, and other systems and issues impacting youth 25 years later.

Now, it’s time for LA County to follow suit. Blacc Johnson, a teen who spoke at the supervisors’ meeting on Tuesday about his history of involvement with the juvenile justice system noted the importance of bringing youth to the county’s decision-making table.

“There are more than 200 commissions in LA County but none of them require youth representatives,” Johnson said. “It’s time that we finally have a voice in planning our future. My experiences and our experiences have to be part of the county government.”

Image courtesy of the City and County of San Francisco: swearing-in ceremony for SF’s 2019-2020 youth commissioners.