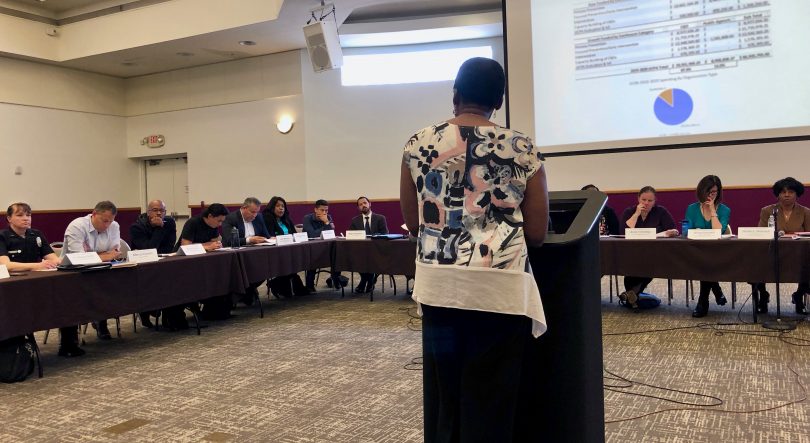 On Monday, at an unexpectedly-packed meeting held at the City of Carson Community Center, the members of LA County’s Juvenile Justice Coordinating Council (JJCC) voted to pass a budget plan that many youth advocates are calling “historic.”

The plan lays out how LA County will spend the approximately $28 to $31 million in Juvenile Justice Crime Prevention Act funds that Los Angeles receives each year from the State of California.

Yet, the priorities embraced by this budget plan are dramatically different than those of past years.

The funds, which are allocated on a per capita basis to the state’s 56 participating counties (Alpine and Sierra counties have traditionally opted out), are mandated to be spent to fund a range of evidence-based programs “that have been demonstrated to be effective.” The largest part of the funds is supposed to be allocated to community-based organizations (CBOs) that have proven track records for helping kids.

But in past years in LA County, that’s not how things worked out.

Last month, however, a fed up LA County Board of Supervisors made the unprecedented move of passing a motion that made money’s vote possible by giving the bulk of the power to choose haw the big pot of JJCPA money should be spent to the JJCC, a mostly unknown voting body that was radically reconstituted three years ago, and is now crammed with youth experts and advocates.

Prior to this shift,  the JJCPA funds (along with the JJCC), were almost entirely controlled by LA County Probation, a situation that the board decided wasn’t working.

Under various past probation administrations, alarming portions of the funds were allowed to pile up unspent. Or in other cases, big slices of the funds were spent on questionable programs such as so-called voluntary probation. The combination of misspending and hoarding caused ongoing frustration among local youth advocates and the board of supervisors.

(WitnessLA has been writing about various problems with the way the county spends—or fails to spend—its JJCPA millions since July 2015.)

While things improved somewhat under the administration of Probation Chief Terri McDonald, and Chief Deputy Sheila Mitchell, it wasn’t enough—according to the advocates and the board.

The motion directed the county’s Juvenile Justice Coordinating Council to align FY 2019-2020 JJCPA dollars—and all such future dollars—with a new Comprehensive Multi-Agency Juvenile Justice Plan (CMJJP), which was written by a special task force appointed by the JJCC a year ago specifically to create “an evidence and research-based strategy” for how the JJCPA funds could best be spent.

But at the JJCC’s last meeting on March 18, the new 2019-2020 JJCPA budget did not appear to be based on the much-toiled-over new plan at all.

Instead, it looked pretty much like all the last JJCPA budgets.  For instance, it featured $11,622.808 in salaries for the county’s “school-based” juvenile probation officers, rather than letting those officers’ salaries come out of the probation department’s nearly $1 billion budget.

At the Monday, April 15 meeting in Carson, however, things were different.

As the board of supervisors had directed, rather than probation, the special task force—headed by Patricia Soung, director of youth justice policy and senior staff attorney for the Children’s Defense Fund of California, and attorney Kim Bowman, who is working with probation on a Fuse Fellowship—came up with a new spending plan, that prioritized “research-based” strategies for the county’s kids, as the supes had directed.

In this new and improved budget, the nearly $12 million originally allocated to pay the salaries of “school-based” juvenile probation officers, was cut down to $4 million, with another $1 million plus cut from probation’s gang and after-school programs. Still, other big budget county agencies, including the LA County Sheriff’s Department and the Los Angeles Police Department, the county’s Department of Health, and more, found that JJCPA money they’d received in past years was slashed from the new budget, to make way for community-based programs.

The Monday meeting was not without squabbles, complications, and intense side-conversations. 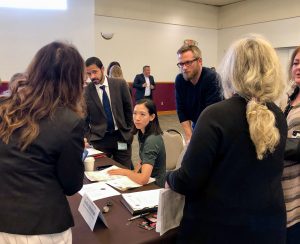 Representatives from some of those agencies who had money cut from their budgets expressed their unhappiness.

And, early in the budget discussion, a representative from County Counsel, which reportedly had been in discussion with probation higher-ups about how much power the JJCC really had, statutorily speaking, showed up to speak on that and related issues.

Yet it wasn’t clear that these challenges to the JJCC’s authority were going anywhere, especially since, in many other counties, the JJCCs’ powers had long been established.

In any case, by the end of the meeting—which went nearly an hour longer than planned—the spending plan passed, although some of those who were hit with cuts, grimly voted no.

Probation’s Sheila Mitchell, who is the chair of the JJCC, was one of the 17 members who voted yes on the spending plan. Then after the vote, Mitchell warmly praised the accomplishments of the council, the task force, and the many community members who drove to Carson to tell the JJCC how crucially important certain youth programs—such as those the new spending plan meant to support—had been in their lives. 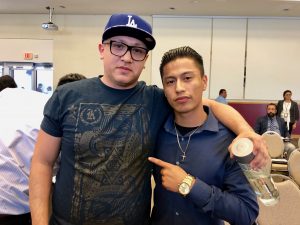 Youth & community advocates, Ramon Escobar and Kent Mendoza, both of the Anti-Recidivism Coalition, both themselves formerly incarcerated. Mendoza is also a voting member of the JJCC. Escobar is now working at a security company where he says he is able to hire young people who are struggling as he once did.

“I think this is a big win,” said Josh Green, director of criminal justice, and senior staff attorney, for the Urban Peace Institute, and another member of the JJCC task force.

“It’s a real investment by the county in youth development and the recognition that fewer kids are being arrested and incarcerated,” and it’s the right time “to invest in community-based youth development opportunities.”

At the same time, Green said, “we all acknowledge that the plan is a work in progress.”