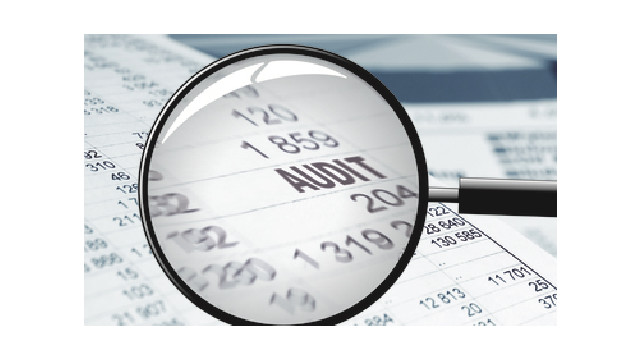 California Assemblymember Raul Bocanegra wants answers about the way the Los Angeles County Probation Department is spending millions in state dollars designated to help the county’s most vulnerable at risk-kids, a matter about which he has “growing concerns.”

On Monday, October 23, Bocanegra expressed those concerns in a detailed letter to LA County Probation Chief Terri McDonald, which WitnessLA has obtained. After welcoming McDonald as the new head of the county’s mammoth department, the assemblymember got down to business and laid a metaphorical gun on the table.

(Chief McDonald took the reins of the department in January 2017.)

In his letter, Bocanegra said that if he doesn’t get answers to a list of 12 questions about the department’s use of millions in state funds given to LA County yearly via the Juvenile Justice Crime Prevention Act (JJCPA), he will ask the state legislature to get that information via an audit.

This is not the assemblymember’s first go-round in asking for such a fiscal reckoning.

This past summer, Bocanegra sent a tersely-worded letter requesting an audit of the way LA County is using their JJCPA money. Probation was copied on the letter.

Then on August 30, the day the audit proposal was to be heard before the Joint Legislative Audit committee, which was reportedly expected to okay the plan, Bocanegra agreed to temporarily back off on his push for an official accounting. He did so primarily at the request of Chief McDonald who, as she had recently inherited the JJCPA mess, understandably wanted some time to put in place some of the solutions to the problems he outlined, many of which she detailed in a letter back to the assemblymember. (You can read the letter here.)

“By fully implementing the above approaches,” McDonald wrote to Bocanegra in August, “coupled with new leadership and strong oversight, I am confident that we will effectively address the challenge of not fully utilizing JJCPA funds to provide critically-needed services to our highest-risk youth.”

As a consequence, Assemblymember Bocanegra set the beginning of the 2018 legislative year as the deadline by which time he must get his main questions answered ‘in full,” so that he can “make a decision about pursuing a state audit.”

Whether or not the assemblyman—who serves District 39, covering northeast San Fernando Valley, including the cities of San Fernando, Pacoima and Sylmar—will still be in office next year is another complication affecting the matter of LA County Probation’s JJCPA funds, and the potential audit.

But we’ll get to that question in a minute.

WitnessLA has written multiple times in the past about LA County’s use of the state’s JJCPA money, or in many instances, its failure to use the funds.

But the matter can be confusing, so here’s a quickie recap:

The Juvenile Justice Crime Prevention Act (JJCPA), was itself created by the Schiff-Cárdenas Crime Prevention Act of 2000 (AB 1913), in order “to provide a stable funding source for local juvenile justice programs aimed at curbing crime and delinquency among at-risk youth.”

The funds, which are allocated on a per capita basis to the state’s 56 participating counties (Alpine and Sierra counties opt out), are mandated to be spent to fund a range of programs that help kids—both kids who have gotten into trouble, and those who might be teetering on the edge, and thus could use a little smart help.

The methods used to help each county’s kids are required to be evidence-based—-aka programs “that have been demonstrated to be effective.” The majority of the funds are also supposed to be allocated to community-based organizations (CBOs) that have excellent track records for helping kids, not to in house programs run by probation itself. In other words, while some of the JJCPA money could be allocated to county agencies for programs they were running, at least an equal amount or more should be slated for CBOs.

To make sure the rules are followed, each year the various counties are supposed to propose how they are going to spend the money received—-which for LA has been in the neighborhood of $26-$31 million annually. Then at year’s end, they are expected to document how the funds were, in fact, spent.

In LA, the latter requirement has been a problem. As of this summer, for instance, there was more than $31 million in unspent JJCPA funds, a number that had been considerably higher earlier in the year.

According to Chief McDonald those funds are now all allocated. Yet, in past years, even allocated JJCPA funds took a vexing amount of time to actually leave the building, if they left probation’s clutches at all. (See here and here for some of the back story on the “mattress money.”)

And then when JJCPA money did get to its intended destination, sometimes there were other problems. For example, last spring, there was the matter of a pilot JJCPA program called New Directions Early Intervention and Diversion Program, which in January 2015 was allocated $8 million to serve 240 youth over a three year pilot phase. In that time, the 240 kids were to be case-managed by two probation officers and a probation supervisor who would refer them out to various helpful community programs.

Yet, by April 2017, when we wrote about the issue, $727,963 had been spent on the New Directions pilot to pay the salaries of three probation staffers. But, in the two years since it had started, the program had served exactly zero kids. That’s zero as in none.

Nevertheless, as if this writing, New Directions is still listed on probation’s latest budget.

Where are the CBOs?

One of the questions that Bocanegra asked both in his probation request, and his recent letter, is how the county intends to satisfy the requirement to work with successful CBOs, a requirement that, in past years, has not been met.

“Studies have consistently Illustrated that community-based organizations… effectively reduce delinquency and recidivism among adolescents because they cultivate a less-threatening approach to resolving issues in at-risk communities. Unfortunately, CBOs in the County of Los Angeles that serve these at risk communities have not seen the level of funding that the bill intended to provide.”

As a result, continued the assembly member:

“…my constituents are being directly and adversely affected by the lack of implementation of funds from your department. I feel an obligation to my constituents to continue with the audit request if our questions and concerns are not sufficiently addressed.”

Although he’d agreed to delay his earlier audit request, Bocanegra wrote, his willingness to continue to delay was running out.

“…Answers to these questions in full would be appreciated by the start of the 2018 legislative year,” Bocanegra wrote, “so that I can make a decision about pursuing a state audit.”

The ongoing issue of “voluntary probation”

In the audit request that Bocanegra put on hold in the summer, the assembly member prominently detailed his worries about what is called the WIC 236 program, or as it is colloquially known voluntary probation. (WLA wrote at length about the issues surrounding the controversial voluntary probation program.)

Out of his twelve questions in the new letter, two of them pertain to the WIC 236/voluntary probation program.

First of all, Bocanegra wanted to know how the funding was allocated. In the past—he noted in his August audit request—a review of the voluntary probation program stated that, “between the years of 2012-2015 only 1.2 to 1.8 percent of JJCPA funds have been contributed to community-based services” for the kids in the program. “Whereas, over 90 percent of the funds were consumed by probation salaries and benefits.”

Nevermind that the Schiff-Cárdenas Crime Prevention Act clearly stipulates that counties are prohibited from using the JJCPA money for “administrative overhead costs in excess of 0.5 percent.”

In his new letter Bocanegra returned to the WIC 236 issue. He wrote:

“Is the county complying with the laws and requirements related to the multi-agency Juvenile Justice plan, funding, assessment, and monitoring of the programs funded? For example, what steps does the county and Probation Department take to ensure that funds are being allocated to programs and nonprofits/CBOs that have proven solutions for achieving the goals of the JJCPA? … If the county is funding programs under WIC 236 with a JJCPA funds to which organizations or agencies is that money going?”

These and the other problems Assemblymember Bocanegra flagged in his 12-question letter are difficult matters to solve quickly, especially for a large and complicated department that has been known for its past bureaucratic and fiscal quagmires.

So, perhaps the threat of an audit, or an audit itself, is not a negative event at all, but could instead act as a tool to help blast through some of bureaucratic entanglements, which those at the top of probation have inherited.

“We certainly look forward to our ongoing discussions with Assemblymember Bocanegra and his staff,” said Probation’s Sheila Mitchell in an email to WLA. Mitchell is Chief Deputy of Juvenile Services, and McDonald’s very experienced second in command.

“As we have committed,” she wrote, “the Probation Department has a focused attention working to ensure systems are in place to assist our clients in receiving the appropriate services in a most expedient manner.”

In the meantime, as we mentioned earlier, there is another complication that may affect the fate of a possible audit.

As readers may or may not know, in the last few days news broke that Assemblymember Raul Bocanegra was disciplined eight and a half years ago after a female Capitol staffer accused him of “inappropriate and unwelcome physical contact.” According to the LA Times, Bocanegra was, in those days, chief of staff to then-Assemblyman Felipe Fuentes, when Elise Flynn Gyore, hen a Senate staff member, said that he groped her and followed her in a manner she found threatening at an after-work event attended by legislators, staff and lobbyists.

In response to this news, there have been calls for the assemblymember to resign by some of his constituents, and also by the Los Angeles Daily News.

What will happen in the next days and weeks is unclear. As the Times reported, Bocanegra won his first election in a landslide, but that is before the news of the 2008 incident became public.

So, if Raul Bocanegra leaves office does that mean the threat of an audit will vanish? At least one legislative colleague of Bocanegra’s has reportedly told juvenile justice advocates that he intends to support the audit, with other possible supporters waiting in the wings. Yet Bocanegra is reportedly the most knowledgeable about the intricacies of the issues an audit would address.

In any case, we will, of course, be following this interweave of issues. So…stay tuned.