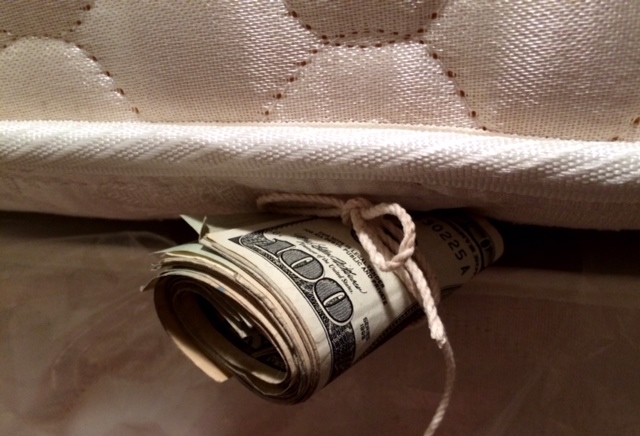 A few weeks ago, WitnessLA learned that LA County Probation was sitting on $21.7 million in state-allocated juvenile justice funds that were supposed to be spent toward creating a comprehensive plan of youth services that prominently includes community-based programs to keep at risk kids out of the county’s justice system—and on related programs to help kids already in the system with reentry so that they don’t bounce right back in again after they are released.

Instead, the funds—which have reportedly been piling up at a regular clip since FY 2010/11—were simply sitting in an account doing…well…nothing.

On Tuesday, however, the news of the nearly $22 million became public when a motion co-authored by Supervisors Mark Ridley-Thomas and Sheila Kuehl announced the existence of the unused money.

The motion, which was read in and adopted unanimously at Tuesday’s meeting, requires Chief of Probation Jerry Powers and Interim CEO Sachi Hamai “…to report back within 21 days with an amended spending plan that allows for the immediate allocation of $1 million to fund critical programs and services delivered by community-based organizations in each supervisorial district.”

Admittedly, $1 million is less than 5 percent of the entire pot of languishing greenbacks, but it’s a start.

WHERE THE UNDER-THE-MATTRESS $$ CAME FROM IN THE FIRST PLACE

The funds, which are allocated on a per capita basis to the state’s 56 participating counties (Alpine and Sierra counties opt out), are mandated to be spent to fund a range of programs that help kids. The methods used are required to be evidence-based—aka programs “that have been demonstrated to be effective…”

Each year the various counties have to propose how they are going to spend the money received—which for LA has been in the neighborhood of $28 million annually. Then at years end, they are expected to document how the funds were, in fact, spent.

Only .5—or less than one percent—of the money is allowed to be used for administrative costs. The rest is supposed to go straight to programs that directly benefit each county’s at risk youth. There is no mention in the regulations about any of the dollars being encouraged to lie fallow in a savings account that, until recently, few people seemed to know existed.

WHY WEREN’T ALL THOSE BUCKS SPENT ON KIDS?

So, should that money have been spent, not saved?

Well, technically, yes. The rules of the JJCPA pretty clearly require it.

However we think the best answer to that question may be found in the county’s own most recent research into the state of its justice-involved kids and their needs:

In April 2015, the release of the excellent and unprecedented LA County Juvenile Probation Outcomes Study quantified the daunting challenges and needs of the kids who come in contact with the county’s juvenile justice system.

At the end of the 155-page report, the team of researchers led by Dr. Denise Herz of Cal State LA, summarized in brief the kinds of programs and services that are the most essential if we expect these most vulnerable of our county’s kids to reroute their risk-laden trajectories in order to succeed. They are as follows:

*community-based “front end” prevention and intervention services for youth and families in early stages of Probation involvement to address youth needs and avoid any unnecessary out of home placements;

* transitional services and interventions for families while the youth are in suitable placement or camp, including the ubiquity of certain approaches like individual counseling and the appropriateness of these interventions for most youth; and,

* community-based services for youth who are transitioning back into the community, including current reentry practices like MDTs, school referral and re-enrollment processes, family-focused programs, and supportive services for their families during the transition.

In short, all the kinds of programs and services that the JJCPA cash is supposed to be funding.

After Tuesday’s board meeting, I asked Supervisor Ridley-Thomas why so much money that was slated to be used for the benefit of LA County’s at-risk kids was not being put to work.

“I don’t think they have a good reason,” he said. “So, it’s our job to do something about it.”

“The anti recidivism work that we need to do is really very substantial,” Ridley-Thomas continued, “so it becomes a bit problematic to imagine that we are not using all the resources at our disposal to work on the problem. The need is great. And it’s our job to address the need.”

NOTE: At Wed 11:05 a.m. this story was updated and corrected to reflect that the Kuehl/Ridley-Thomas motion was read in and adopted at Tuesday’s meeting. In an earlier version we wrote that the motion was scheduled for adoption next week.