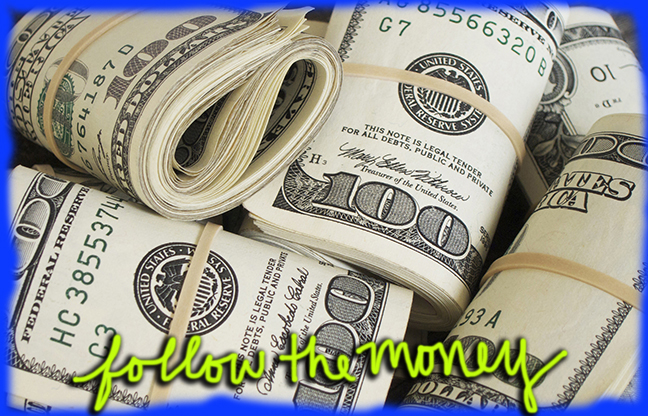 There are various large pots of state and national dollars that are funneled to Los Angeles and most of California’s other 57 counties to be spent on juvenile justice and other justice reforms.

Yet, the issue of who decides what money is sent where and then, at a local level, how those dollars get spent, are both matters that largely fly under the radar when it comes to public awareness.

With a new WitnessLA series called Follow the Money we aim to change all that.

Earlier this month, on Monday, April 6, a mutiny occurred in the world of juvenile justice spending at the meeting of something known as the LA County Juvenile Justice Coordinating Council or JJCC.

(Our OpEd last week by Children’s Defense Fund-California executive director, Alex Johnson, talked about some of what occurred at the April 6 meeting, and what needs to happen next. Today we’re going further.)

The primary job of the JJCC—a group most of you have likely never heard of—-is to decide how a pot of around $30 million in juvenile justice money is spent each year by LA County Probation to—at least theoretically—help the county’s at risk kids.

The pot of money that the JJCC votes on annually about this time is called JJCPA funding.

(Yes, I realize that all these similar acronyms—-JJCC and JJCPA—are confusing, but stay with me.)

In the past, the JJCC has voted—with no objections, and with very few questions—to approve the yearly juvenile justice budget exactly as LA County Probation presents it.

But not this time.

SO WHAT IS THE JJCPA ANYWAY?

To understand the nature of the mutiny that took place on April 6, it helps to have a little history:

The Juvenile Justice Crime Prevention Act (JJCPA) program was created by the Crime Prevention Act of 2000 to provide a stable funding source for local juvenile justice programs aimed at keeping kids who’ve tangled with the juvenile justice system from returning, and to help kids at risk of winding up in the system from entering it in the first place.

The main source of income for this stream of money is our vehicle license fees.

As mentioned above, every year, LA County gets around $30 million in JJCPA dollars from the state.

Although each county gets to decide the specifics of how it spends its JJCPA money, there are strict parameters that govern that spending—as dictated by the legislation that created the funds to begin with. For example, the state requires any and all county funded JJCPA programs to be “modeled on strategies that have demonstrated effectiveness in curbing juvenile delinquency.”

In other words, the funds may only be used on programs that have been proven to actually work. To make sure California’s counties abide by the rules, the legislation also requires counties to collect and document what outcomes their various JJCPA programs have produced.

Again, the local body that is supposed to be making decisions and overseeing all this on a local level is the Juvenile Justice Coordinating Council (JJCC).

To make sure the local JJCCs aren’t being controlled by any particular vested interest as they decide how to give out their JJCPA money, the state mandates the make-up of the council to be as follows:

[It] shall, at a minimum, include the chief probation officer, as chair, and one representative each from the district attorney’s office, the public defender’s office, the sheriff’s department, the board of supervisors, the department of social services, the department of mental health, a community-based drug and alcohol program, a city police department, the county office of education or a school district, and an at-large community representative. … [The] coordinating council shall also include representatives from nonprofit community-based organizations providing services to minors.

And a lot of counties do just that.

For instance, in Ventura County (where LA’s interim probation chief, Cal Remington was the probation chief from 1997 to 2007, the JJCC is quite active and transparent.

Los Angeles, however—which has the state’s largest juvenile justice system, the most kids under the supervision of the county’s probation department, and is in receipt of the largest yearly pot of JJCPA money—seems to make only a half-hearted effort to follow some of the state rules. The rest of the JJCPA rules, not so much.

Specifically, when it comes to the JJCC, Los Angeles County is not in legal compliance. Period. There are exactly zero representatives from the LA County Board of Supervisors on the JJCC, zero from social services (Department of Children and Family Services), zero from any community based drug and alcohol program, zero in the way of an at-large community representative and, most importantly, zero, zip, nada and nobody from the community based organizations that are required to be—but assuredly are not—partners in the endeavor—all despite years of memos, emails, in-person complaints, and random begging for probation to follow the state’s legal rules.

Moreover, some of the existing members don’t bother to show up to many of the meetings.

And those who do show up reportedly do little more than simply rubber stamp what LA County Probation presents, according to juvenile advocates and others who make a point of attending the JJCC meetings to observe.

On April 6, the council was expected to vote to approve the most recent JJCPA budget, as outlined by probation, and everyone assumed the vote would move forward without a hitch.

But, this time, before the council could vote, some of the juvenile advocates again made the point that this was not a “legally constituted council,” that the council’s make-up was against what the state law requires. In particular, they said, there were no representatives from the supes offices on the council, and nobody from the community-based organizations, and no at-large community representative.

Unlike in the past, however, this time some of the council members paid attention. So when it came time to vote on the two scheduled agenda items, one of them the new yearly JJCPA budget—which had to be sent to the state by May 1—all at once there was not the normal level of blind cooperation.

Anne Tremblay, a bright and very capable woman who is on the JJCC by virtue of being the director of Mayor Garcetti’s Office of Gang Reduction & Youth Development (GRYD), was alarmed at what she was hearing about the group not being a “legally constituted council.” Tremblay explained that, under the circumstances, she did not feel she could vote to approve anything—or words to that effect—-so was going to abstain.

Tremblay’s action was contagious. Suddenly there were more abstentions than there were yes votes. This unexpected mutiny spelled big trouble for probation, given the must-pass nature of the budget.

Finally someone suggested that the council could, in part, rectify the situation by electing a community-representative-at-large from those in the audience. After that, they could also draft at least someone from one of the supervisors’ offices. Then,in the very near future, maybe the council could finally make themselves fully legal by adding the rest of the needed members.

With this in mind, one of the council members nominated Carol Biondi to serve as the community representative at-large. Biondi is a member of the Children’s Commission, and one of the juvenile advocates who was observing. Biondi agreed to serve, at least on an interim basis.

Next, someone from Supervisor Hilda Solis’s office, who was also observing, called to get emergency permission from her office to join the council for a vote.

And so it was that the latest JJCPA budget was passed and—after years of flouting state requirements—LA County’s Juvenile Justice Coordinating Council finally took some steps in the direction of legality. Plus some of the council members seem to have, at least for now, snapped to something resembling wakefulness.

It was a small step in the right direction.

Yet, it’s essential that the trend continues.

In the meantime, next we’ll look at some of the larger issues—like the problems with how LA County will actually be spending its recently budgeted JJCPA money.