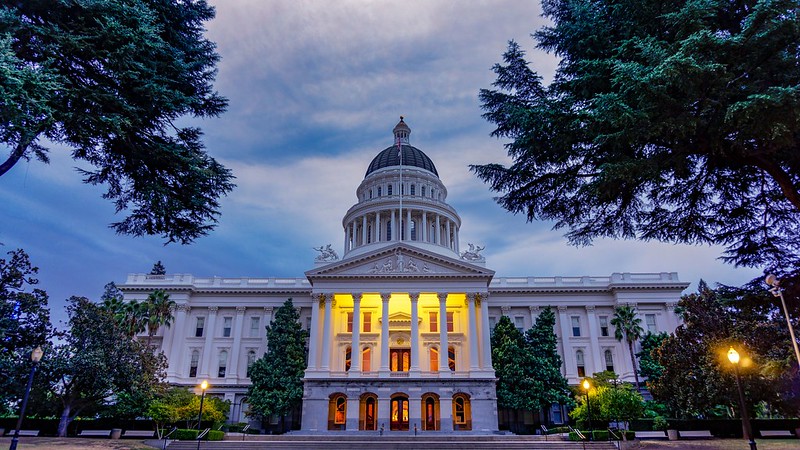 Next Wednesday, California’s new police use-of-force reform bill, a private prison ban, and a heap of other significant criminal justice bills signed in 2019 will officially go into effect. Others, including a number of gun control bills, will wait to be implemented until later in the year.

As we head toward the new year, WitnessLA has compiled a list of 10 of the January-activating laws which we have closely tracked over the past year:

Bill 1: Tightening Restrictions on When Police Can Use Deadly Force

One of the most high-profile laws going live in January, AB 392, will set stricter rules for the circumstances under which law enforcement officers can legally use deadly force.

Under AB 392 law enforcement officers will be permitted to use deadly force only when “necessary to defend against an imminent threat of death or serious bodily injury to the officer or to another person.” (Note: the term “deadly force” is defined as any police use of force – via firearm or otherwise – that carries a substantial risk of killing or seriously injuring a person.)

Also starting on Jan. 1, the state will ban new private prison and immigration detention contracts, and will phase out the use of the for-profit facilities entirely by 2028.

The new law, AB 32, will fulfill Governor Gavin Newsom’s campaign promise to abolish private prisons, which he says “do not reflect our values,” in California.

The third fresh law on our list, SB 310, will allow people with past felony convictions to serve on juries, as long as they have completed supervision and are not sex offenders.

Currently, as many as one out of every three black men are disenfranchised in California due to prior felony convictions. “Categorically denying” this large percentage of the population makes it far less likely that a defendant of color will be tried by a jury of his peers.

A fourth bill, SB 394, will open a pathway for courts to send parents to diversion programs, instead of prison for certain low-level non-violent crimes — so that kids and their parents are not “saddled with the debilitating collateral consequences of a criminal conviction,” according to the bill’s author, Senator Nancy Skinner (D-Berkeley).

SB 394 authorizes local superior courts, through collaboration with district attorneys and public defenders, to create a pretrial diversion program for primary caregivers that lasts between 6 and 24 months.

Bills 5 and 6: Extending the Statute of Limitations for Victims to Report Crimes

Two more bills give traumatized survivors of certain violent crimes more time to pursue justice against those who have harmed them.

The first bill, SB 273, extends the statute of limitations for survivors to report domestic violence incidents from three years to five years.

The second bill, AB 218, extends the statute of limitations for victims of childhood sexual assault to file legal claims against their abusers, while also expanding the legal definition of such assault. Starting Jan. 1, survivors will now have until age 40, or five years after the reasonable discovery of the crime to file civil lawsuits against their abusers. Currently, survivors have until age 26, or 3 years from discovery — whatever comes later.

Another bill, SB 375, would extend the state’s three-year deadline for crime victims to apply for assistance to 10 years.

That assistance comes in the form of compensation for expenses that arise in the wake of a crime, including medical treatment, mental health counseling, burial expenses, and income loss.

SB 375 is meant to address a common pitfall of the CA Victim Compensation Fund, which is that victims frequently miss out on much-needed help because they are unaware that they can apply for assistance in the first place.

Read more about the issue and the bill: here.

Starting on Jan. 1, people convicted of certain low-level offenses (not violent or sexual crimes), as well as people whose arrests never resulted in convictions, will benefit from automatic expungement and resentencing under AB 1076.

A ninth bill, SB 136, will abolish a mandatory one-year sentence enhancement tacked onto non-serious, non-violent felonies for each previous felony conviction that resulted in a prison or jail term during the previous 10 years.

Find our previous reporting on the bill: here.

Bill 10: Making It Safer for Sex Workers to Report Crimes to Police

The final bill in our roundup, SB 233, is intended to ensure that sex workers who are victimized or who witness violent crimes are not funneled into the criminal justice system themselves when they come forward to report those crimes to the police.

In this way, SB 233 seeks to make it more likely that victims and witnesses of violent crimes come forward and report those crimes.

SB 233 will also ban police from considering possession of condoms probable cause that a person is engaged in sex work.