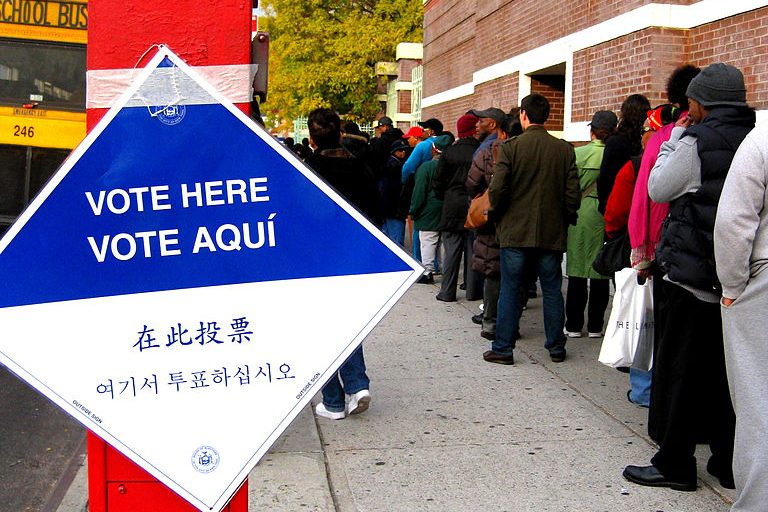 The California Assembly will soon consider two important measures that seek to expand access to civic participation among formerly incarcerated people by eliminating two out of the thousands of restrictions — collateral consequences — that trail a felony conviction.

The first is a constitutional amendment, called the Free the Vote Act, that would, in 2020, ask voters to restore the right to vote to people on parole.

California law currently disenfranchises people convicted of felonies who are serving time in state or federal prison or who are on parole (until parole is completed).

If passed by voters, the measure, ACA 6, would open up voting rights to approximately 48,600 Californians currently ineligible to vote in elections.

“People on parole are our colleagues, neighbors, and family members,” Assm. McCarty said. “They work in our communities, pay taxes, send their kids to school, and strive to make California a better place for all residents.”

Empowering people on parole to vote would benefit reentry and likely reduce recidivism, according to the bill authors. “Giving people on parole the right to vote gives them a stake in their communities and a voice in the issues that impact their daily lives,” McCarty said.

In response to an earlier version of the measure, the Election Integrity Project California, Inc. slammed the idea of giving “the most fundamental and valuable of American privileges to those who have not completed making full restitution for their crimes” and who, thus, should not have the privilege “to participate as a full member” of society.

Additionally, the bill supporters’ belief that restoring voting rights before parole completion will reduce recidivism is misguided, the group said. The restrictions of parole give “the former criminal powerful reminders of what true liberty is by withholding just enough of it to incentivize further appropriate behavior so as to earn the rights just beyond their fingertips.”

California is among a small number of states that allows people on probation — but not parole — to vote. One of the results of this set-up is confusion among criminal justice system-involved folks that creates “de facto disenfranchisement,” the Brennan Center for Justice said in support of the bill.

“Few people, including election administrators, understand the difference between probation and parole,” The Brennan Center said. “And as Californians know, those distinctions are becoming increasingly opaque and confusing as new forms of supervision get created. The result is that eligible voters think that they cannot or refrain from voting out of fear that they may be breaking the law.”

(One particularly alarming example of this, is the story of Crystal Mason, a Texas mother sentenced to five years in prison for unknowingly breaking a Texas law and the terms of her supervised release by voting in the 2016 election while still under supervision.)

At the national level, local and state-level reforms have reinstated voting rights for 1.4 million Americans over the last two decades, according to a 2018 report by the Sentencing Project. Still, approximately 6 million people are barred from voting due to contact with the criminal justice system. Nearly 4.7 million of those people are not in prison, but live in a state that blocks people who are on probation or parole, or who have completed their sentence and community supervision.

Last year, a similar California initiative failed to gather enough signatures to land on the 2018 ballot. That measure would have allowed all citizens living in the state with felony convictions—even those currently in prison or on parole—to vote.

In order to pass, ACA 6, which does not go quite as far as the 2018 initiative, requires a 2/3 majority vote from lawmakers.

The second piece of proposed legislation, SB 310 would do away with a portion of state law that bans anyone convicted of a past felony from ever serving on a trial jury.

The bill, authored by Senator Nancy Skinner (D-Berkeley), aims to “ensure that California’s trial juries better reflect the diversity” of the state, according to the bill’s Assembly Floor analysis.

Currently, as many as one out of every three black men are disenfranchised in California due to prior felony convictions. “Categorically denying” this large percentage of the population makes it far less likely that a defendant of color will be tried by a jury of his peers.

Speaking before the Senate Public Safety Committee in April, Alameda County Public Defender Brendon Woods said the bill would go a long way toward addressing the fact that people of color accused of crimes often must go before juries in which “no one who sits in judgment looks like [them].”

Moreover, banning jurors with past convictions blocks a considerable of the state’s population — nearly two million people — from a crucial aspect of civic engagement.

The ACLU has co-sponsored the bill, which is backed by a coalition of criminal justice reform advocates. “Current law for jury service eligibility dates back to a very different time in California’s history: a time during which the ideal for juries was a group comprised of “key men” from the community, a proxy for white males,” the ACLU said in support of the bill. “The exclusion of people of color from juries has its roots in pre-Civil War America.”

Additionally, judges, district attorneys, and defense lawyers would be able to strike a potential juror with a felony conviction from a jury pool through the standard channels.

California would not be the first state to enact such a massive reform, but would join Colorado, Illinois, Maine, and Oregon.