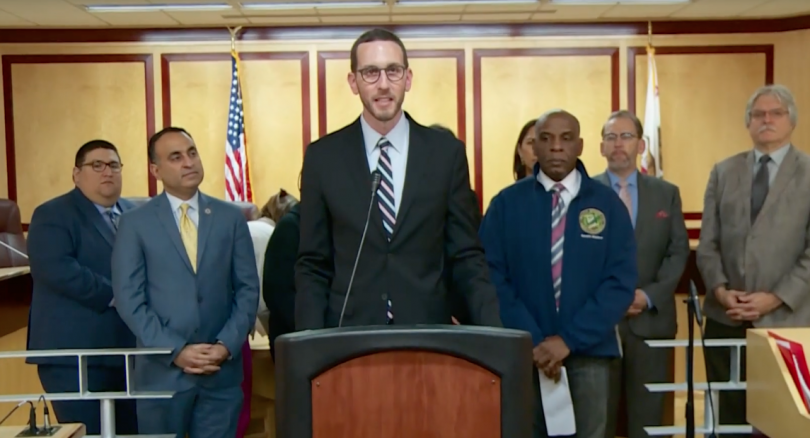 A bill announced Wednesday would abolish a mandatory sentence enhancement affecting approximately one-third of California’s prison population, plus many more in county jails.

There are more than 100 sentence enhancements within the state’s Penal Code, some of which can turn a sentence of a few years into one of multiple decades.

During the state’s tough-on-crime decades, “we in California passed enhancement after enhancement, piled on top of each other, so that crimes, even often non-violent crimes would have incredibly long sentences,” said Senator Scott Weiner (D-San Francisco), principal author of the new bill, SB 136.

Sentence enhancements often disproportionately affect poor and minority Californians and reduce the likelihood of successful reentry, according to experts.

As of 2016, nearly four out of five CA prisoners had at least one sentence enhancement added to their sentence. One out of four people in prison were serving a sentence with three or more enhancements.

With SB 136, state legislators hope to eliminate a “broad” enhancement affecting a large portion of the people incarcerated in the state.

Under CA law, when a person is convicted of a violent felony, a mandatory sentence enhancement attaches an extra three years to the base sentence for every previous violent felony offense that person has committed. (Past violent felonies don’t qualify for this enhancement if the sentence was served more than 10 years prior, and the person has remained crime-free during that decade.)

But even individuals who have committed non-serious, non-violent felonies get hit with an additional year in prison for each previous felony conviction that resulted in a prison or jail term (with the same 10-year limit).

It’s this second group that SB 136 would help.

On Wednesday, backed by a coalition of fellow state legislators and criminal justice reform advocates, including the ACLU of California, Senator Weiner and co-author Assemblymember Ash Kalra (D-San Jose) introduced the new SB 136 to take the one-year sentence enhancement off the books.

“Automatically enhancing an individual’s sentence due to their history does not deter crime or increase public safety,” said Senator Wiener. “These enhancements are part of California’s tough-on-crime history, which has led to our state spending more on incarceration than on higher education, overcrowding in our prison system, and devastating impacts on communities of color and those impacted by the failed war on drugs.”