During her eight-year tenure, former Los Angeles District Attorney Jackie Lacey was repeatedly criticized  for her failure to file charges in the cases of all but one of the fatal on-duty police shootings that occurred on her watch.

Her single filing was against LA County Sheriff’d Deputy Liu who allegedly shot seven times at unarmed motorist, Francisco Garcia, who was driving away from the deputy after being pulled over, as Liu reportedly  ran alongside Garcia’s car, firing his service weapon into the vehicle, mortally wounding Garcia.  This occurred in front of several civilian witnesses.

Among the fatal shootings where Lacey decided not to file,  was the 2015 killing of Brendon Glenn, a homeless, mentally ill skateboarder, who was shot near the Venice boardwalk after a call came in that he was bothering people.  The case, which was caught on video, caused even then Los Angeles Police Chief Charlie Beck to call for the officer who shot Glenn to be prosecuted.

“He unreasonably believed that his life was in danger, therefore he took a life,” Beck said of the deadly actions of LAPD Officer Clifford Proctor.

At the times when Lacey’s office appeared to simply have no choice to bring charges against a member of law enforcement, such as the case of former LA County Sheriff’s Deputy Giancarlo Scotti, who was accused of sexually assaulting six women different women in the county’s main women’s jail, Century Regional Detention Center, as WitnessLA has reported in the past, Lacey’s office dialed the charges back to sweetheart deal status, claiming incredibly that that prosecutors wouldn’t be able to prove more serious charges in front of a jury.  Instead Los Angeles County has paid out $5,175,000 in civil claims to women Scotti assaulted.

During the months that newly elected LA District Attorney George Gascón was running for office against Lacey, among his reform promises was the pledge to reevaluate certain fatal officer-involved shooting cases that Lacey’s office had turned away.  The case of Brendon Glenn was one of the four that he listed among his examples. 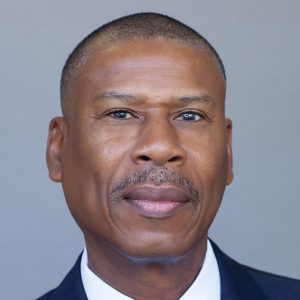 This past Friday, February 12, Gascón took a significant step in the direction of keeping that particular campaign promise with the news that he intends to hire a special prosecutor to oversee this policy of reevaluation.  Furthermore, he feels he has the right person for the position — namely veteran federal prosecutor Lawrence S. Middleton.

(More on Middleton in a minute.)

Things have progressed in the hiring process to the point that Gascón sent an official letter to the members of the county’s Board of Supervisors, asking for their authorization to hire Middleton for a four year contract, with options to extend.

“To promote public confidence in the decision-making process and the outcome of any such investigations,” he wrote to the board members, “the DA has determined the need for a Special Prosecutor to reevaluate, and if the facts support it, to criminally prosecute any officers whose actions unlawfully caused the death of the victims in those cases.”

The purpose of this initiative  is to continue the county’s commitment to criminal justice, Gascón wrote in his hiring request letter (that WLA has obtained).

Gascón characterized the plan as “a positive step in rebuilding relationships in our community.”

Rodney King and the reasoning behind charging & not charging officers

Middleton appears to be a promising choice.   He has more than three decades experience as a trial lawyer, with 29 years spent as a federal prosecutor with the U.S. Attorney’s Office for the Central District of California, where he served as Chief of the Criminal Division, as well as Chief of the Public Corruption and Civil Rights Section, and Chief of the Public Corruption and Government Fraud Section.  He finally left the feds in the summer of 2019 to go into private practice.

In his beginning years with the U.S. Attorney’s Office, Middleton was likely best known as being one of the four attorneys who successfully prosecuted the federal civil rights case against the LAPD officers charged with violating the constitutional rights of Rodney King, the same officers who had earlier been famously acquitted on April 29, 1992, by a mostly white jury in Simi Valley, after most of America had seen the video of unformed men seemingly using all their strength to repeatedly beat the downed and writhing King in what appeared to be a terrible ballet of savagery.

For his work on the King case, Middleton won the U.S. Attorney General’s Distinguished Service Award.

More recently, it was Lawrence Middleton who supervised the high-profile, and far more complex investigation and prosecution of corruption and civil rights abuses by members of the L.A. County Sheriff’s Department, including former Sheriff Lee Baca, and former Undersheriff Paul Tanaka.

With those cases and more in-between, Middleton has repeatedly had the chance to see what bringing charges of police misconduct looks like from the side of both the prosecution and the defense.  (Middleton was also a U.S. Air Force JAG lawyer.)

He explained some of what he has observed over the years in a May 2020 interview on the podcast Talking Feds, where he was interviewed by Henry Littman, an LA Times columnist who is himself a former US Attorney.

Littman initially asked Middleton about his view of officer prosecutions in the case of the death of George Floyd.  Yet, Middleton also took time to address the general issues at play when it comes to charging officers whose on-duty actions have resulted in the injury or death of a community member.

Among other things, he said, “you have to show,” that the officer, who is acting under the color of law, “intended to violate the constitutional rights” of the individual who was harmed.

Furthermore, Middleton observed, when federal or local prosecutors are deciding to bring charges in an OIS or DIS, the matter of how different people view a shooting by police presents it’s own challenges, because of the very different experiences community members — and potential jurors — have had with the police.

“You’re asking people to look at the very same set of facts, and try to reach the same conclusion in terms of guilt or innocence,” he said.  “And at the same time, they’re having to apply [their own] totally different experiences dealing with the police.”

What kind of cases?

With all the above challenges and more in mind, four of the cases that Middleton will likely be examining first when he comes on the job at the DA’s office, are the following, according to Gascón.

1. Brendon Glenn: As mentioned above, the 2015 shooting of Brendon Glenn will be among those cases scheduled for another look.  (Here’s the video.) Gascón’s preliminary rundown about the case needs reopening states that “failing to comply with an officer’s directions does not justify the use of deadly force, particularly when there is not an imminent threat. Specifically, the timing and sequence of Officer Proctor’s shots into the back of an unarmed, intoxicated, and mentally ill homeless man who was bent over facing away from the officers, raises serious concerns about an imminent threat.”

2. Ricardo Diaz Zeferino was shot by a member of the Gardena Police Department in 2013. According to the DA’s report, Zeferino was unarmed and with two other people who were victims of a bike theft, yet mistaken by police as suspects. The Gardena Police officers argued that Zeferino was ignoring instructions and dropping and raising his hands, which “does not appear to justify lethal force especially when no weapon was seen or suspected,” according to Gascón’s initial analysis.

3. Hector Morejon  was shot by members of the Long Beach Police Department in 2015. “Officer Meyer,” states the report on the shooting, “without announcing himself, aimed his firearm inside the window of a residence occupied by squatters in response to a simple trespass call. He shot Morejon when he claimed that ‘Morejon took a firing stance.’ District Attorney Jackie Lacey,” the report states,  “focused on the lack of credibility of the witnesses inside the residence in declining to prosecute this case.” Among other things, such a “stance would have required Morejon to face Officer Meyer,” states the report, “and that is not consistent the autopsy results which reflect Morejon having been shot in the back.”

4.  Christopher Deandre Mitchell:  In this 2018 fatal incident, Mitchell was shot by members of the Torrance Police Department when he reportedly moved his hands “one second after being given instructions to ‘Get out of the car!’ After the shooting, both officers described seeing the stock of a long firearm between Mitchell’s legs. However, neither officer notified their respective partner of the existence of a weapon during the encounter, contrary to standard protocols, raising questions as to the existence of their perceptions–let alone misperceptions–of a threat,” according to the DA’s report.

“In acknowledgement of the concerns raised by law enforcement officials, civil rights attorneys, activists, and others,” Gascon wrote of the list, he “asked a retired judge and a former senior trial attorney under President Obama’s Department of Justice’s civil rights division to assist me in reviewing a number of concerning cases where officers used fatal force.”

But there are others. While the list of four is a place to begin, Gascón reportedly wants his office to dig far deeper in a review of the county’s police shootings, likely going as far back as 2012.

“The reality,” he said in a statement referring to his own nearly 30 years in law enforcement, “is that too often our profession has failed to hold its own to the same standards that we impose on the communities we are sworn to protect and serve. That has created a chasm that the public largely views as a two-tiered system of justice; one for ‘us’ and one for ‘them.'”

To repair this harm, wrote DA Gascón, “we must meet the demands of the public, and we must hold ourselves to the same standards as we do the communities we police.”

As if to demonstrate the need for accountability, on Saturday, February 13, the day before Valentine’s Day, the news broke that the LAPD had launched an internal investigation after an officer reported that a photo of George Floyd with the words “You take my breath away” was placed into what resembled a pink, heart-strewn Valentine’s Day card, and that the image was being “passed around” by other officers, according to Chief Michel Moore.

As more on the news of the “valentine” continued to circulate, Gascón tweeted his own reaction on Monday morning, February 15.

Celebrating the murder of a Black man at the hands of police demonstrates a profound absence of humanity.

The mock valentine underscores problematic & racist perceptions of law enforcement culture regarding the communities we are sworn to protect & serve.https://t.co/w52m2mEK9U

Gascón later said that the DA’s Office would be “looking into this matter to determine if the integrity of any of our cases may have been compromised by biased police work.”

City Attorney Mike Feuer condemned the matter, as has a growing list of other city officials, who praised Chief Michel Moore for his quick launch of an internal investigation.

“No one with racist views has any place in our police force,” said Feuer in a statement. “Whoever participated in this incident stains the badge, and undermines the efforts of officers throughout the department who strive to earn the trust and respect of the communities they serve.”