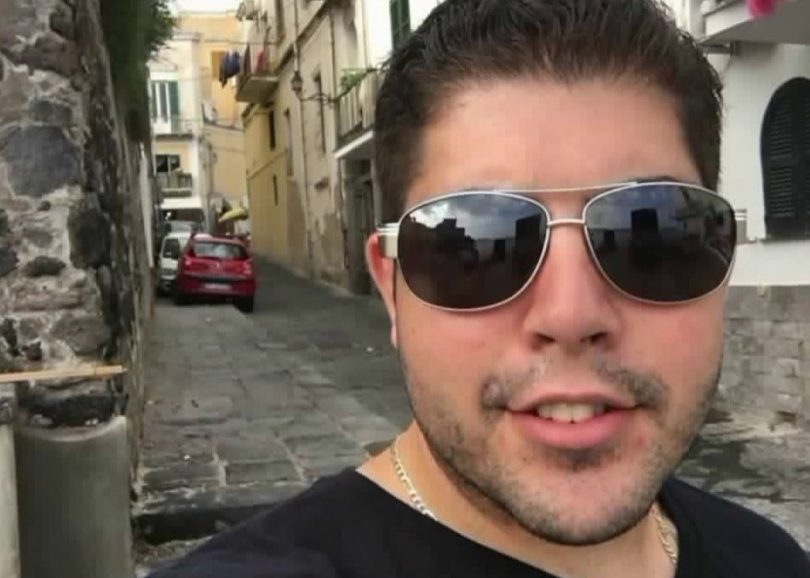 Three weeks before the hearing, Scotti pleaded no contest to engaging in unlawful sexual activity with six different women, each of whom had at the time been an inmate in Century Regional Detention Center, or CRDF, which is the state’s largest women’s jail located in Lynwood, California.

There was already some controversy about the sentence, In response to Scotti’s plea, the judge had tentatively set the sentence at two years, which was a year less than the three years the prosecutor’s office requested, and more than five years less than the seven years and four months Scotti could have gotten for the charges delineated in his plea. Plus Scotti would not have to register as a sexual offender.

Scotti’s defense attorney, Anthony Falangetti, asked the court for no prison time at all, contending that all the former deputy’s sexual actions with the women, ranging in age from 24 to 42 years old, were consensual.

In September 2017, however, when the former deputy was originally arrested for sexual wrongdoing in the Lynwood jail, it was for suspicion of two counts of rape and two counts of oral copulation under color of authority.

By February 2018, the number of Scotti’s alleged victims had climbed causing the deputy to be charged with sexually assaulting six female inmates in the Lynwood jail facility.

Apart from the criminal charges, at least eight women have filed federal civil rights lawsuits, most of which include discomfortingly detailed allegations of predatory sexual behavior by Mr. Scotti.

Not all of the women who have filed the federal civil rights lawsuits overlap with the six named in the criminal case. Yet the three women whose lawsuits have already been settled have resulted in a total of $3.9 million in payouts by Los Angeles County, with more settlements still to come.

Before Scotti’s sentence was formally pronounced by Judge Korn on Thursday morning, Deputy District Attorney Hyunah Suh of the DA’s Justice System Integrity Division, who was the prosecutor on the case, said that two of Scotti’s victims had “impact statements” that they wanted the judge to hear.

One of the women, who was identified as Angelena G, felt uncomfortable reading her statement herself, so prosecutor Hynuah Suh said she would read it for her.

In her civil court filing, Angelena disclosed that she had been sexually assaulted at age 14, and was already reportedly suffering from depression when Scotti began repeatedly suggesting sexual favors, finally reportedly demanding she perform oral sex on him until he ejaculated while she was in her cell, according to her complaint.

After her experience with Scotti, Angelena wrote in her impact statement, she “felt abused, and numb, violated and afraid.” Scotti was “someone who took an oath to protect and serve the community. Instead, she wrote, the deputy “used his authority to take advantage of those in a destitute situation… That I’m not the only victim frightens me.”

The second woman who asked to present a victim’s impact statement waited in the hall outside the courtroom until it was her turn to be called, occasionally leaning for support into her boyfriend, who sat next to her.

“I’m really nervous,” said the woman who was identified as Thea L. when she was finally beckoned through the courtroom door to read her statement.

“The other morning I got a call from my attorney,” Thea began, referring to her civil rights attorney, Justin Sterling who, together with Erin Darling, represent both Thea and Angelena in their respective lawsuits.  Sterling was also in the courtroom.

As she always did when they talked, Thea said, she asked her attorney about the status of former sheriff’s deputy Giancarlo Scotti’s case.

“It felt like an ultimate betrayal,” Thea said of the news. “He told me that he was only getting two years. He does not have to register as a sexual offender.” She also learned that Scotti had able to plead to lower charges that were based on the sex with his victims having been consensual.

As she spoke, Thea’s voice broke, and she swiped at her eyes repeatedly. Yet she appeared determined to get through the ordeal.

While Thea didn’t talk about the details of Scotti’s actions in court on Thursday, her October 2017 civil rights complaint described Scotti coming to her cell and telling her to follow him out into the corridor.

In her statement to the judge, Thea talked about the aftermath of the assaults she says she still lives with, about the mornings that she said she is unable to get out of bed “and seize the day,” about repeated nightmares, about the ways it has changed how she feels about herself.

“The number one rule when you’re in jail is to obey officers at all times and listen to directions. Failure to do so can result in loss of privileges and even additional time,” she told the judge.

“There is no consenting. It’s like saying a child is choosing to be molested, even though they know it’s wrong and don’t want to, they don’t feel they have a choice, because this trusted person decides their life.”

Throughout both victim impact statements, Scotti never looked at either speaker but stared straight ahead.

Once the reading of the two victim impact statements was over, the judge appeared perplexed and, after thanking the two women, Korn said she had some questions for the Deputy District Attorney Suh.

The court, Judge Korn said, “had the distinct understanding these sexual activities were consensual.”

She understood, the judge said, that “using the term ‘consensual,’ in a custody environment” is “less than consensual.”

(The majority of states, including California, have criminal statutes stating that inmates are not capable of consenting to sexual contact with detention facility employees, due to the obvious power differential between guards and inmates in a locked facility.)

But, Korn continued, there were various different kinds of more serious charges the prosecutors could have brought, sexual assault under duress, for example, she said. And yet they chose these much lesser charges.

Suh replied that when she and her colleagues reviewed the case, they looked for coercion but “we could not prove beyond a reasonable doubt that there was duress.”

After more discussion, in the end, Judge Korn went with the two-year prison sentence for Scotti, and said she would recommend that he be sent, at his request, to do his sentence at one of the state’s fire fighting camps.

Scotti has no prior criminal record, Judge Korn said, in explanation.  And “he voluntarily acknowledged his wrongdoing,” she said, although the latter is somewhat arguable if one does not accept the claim that the sexual interaction with all six victims was consensual.

The judge did, however,  issue a five-year stay away order which stipulated that Scotti can’t come within 100 yards of the six victims for a half-decade.

“The criminal court system is under fire,” Judge Korn said near the end of the hearing in something of a non-sequitur.  “We try to mete out justice every day.”

After the judge concluded, two bailiffs handcuffed Mr. Scotti and led him out a side door.

One of the women who had accompanied Scotti to court, possibly his mother, wept as he was led away in cuffs.

“This is a reward,” said a visibly upset Thea L. outside the courtroom as she and her boyfriend waited for an elevator to take them down from the 11th floor. “It’s what everybody wants.”

She was referring to Scotti’s sentence to one of the state’s fire-fighting camps, an assignment that is highly coveted among most prisoners, as it means one does not languish in a cell and is not subject to many of the indignities of a regular prison.  Plus, if one likes the out-of-doors, it provides interesting work that brings with it camaraderie and a sense of purpose.

Attorney Justin Sterling too expressed unhappiness with the outcome of the hearing, both verbally and in an emailed statement he wrote and sent shortly after leaving the criminal court building.

“The court’s sentence today…is further evidence that there appears to be a parallel justice system in place; one for you and me, and one reserved for members of law enforcement,” Sterling said.

Sterling thought it was important that the two women were heard,  “and I commend their bravery and courage in providing victim impact statements in open court,” he wrote. “Deputy Scotti’s sentence closes a horrific chapter in our clients’ lives but the trauma and emotional toll caused by his crimes will be felt by our clients far beyond today.”

Both research pertaining to the aftermath of sexual assault, and the anecdotal information women shared with reporter Lauren Lee White for WitnessLA’s April 2019 story, #MeToo Behind Bars: Sexual Misconduct at the LA County Women’s Jail, suggest that Sterling’s assessment is sadly correct.

The photo of former deputy Giancarlo Scotti was uploaded to his Instagram page.