The Southern California Journalism Awards, which the Los Angeles Press Club has been presenting for more than six decades, like so many events, has been affected by our strange new COVID-19 world.

While no one is exactly sure how, where, and when the physical awards will be presented this year, the finalists for the 62nd Southern California Journalism Awards were just announced.

And, we are very happy to share with you that WitnessLA’s stories were chosen as finalists in both of the categories we entered.

Here are the details: 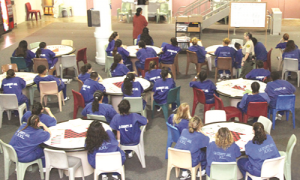 White’s deep-dive reporting (which was reprinted by the Guardian) explored the issue of sexual misconduct inside LA County’s women’s jail, Century Regional Detention Facility (CRDF). White’s story also delved into the more subtle but long-lasting emotional effects that such misconduct visits on the women who are its victims.

Here are a couple of short clips:

“When I went back to my room, I just remember crying. I didn’t get a shower for a couple of days, so I just felt so dirty and filthy,” she said. She didn’t have an extra pair of underwear to change into after the assault, and didn’t tell anyone what had happened. “I just felt so alone and isolated … and like I deserved it somehow.”

We are also delighted to say that, as of today, Lauren Lee White is working on a brand new #MeToo Behind Bars story for WitnessLA.

And in the category of Online Investigative Journalism, our three-part series Facing the Inferno was selected as a finalist. 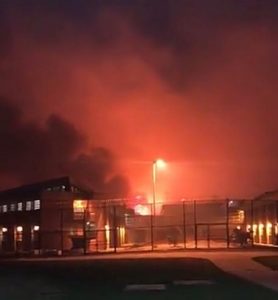 Facing the Inferno, if you remember, was the cluster of stories that drilled down into the question of how and why Los Angeles County Probation dropped the ball so dangerously when it came to issuing the needed evacuation order in early November 2018, as LA County’s worst wildfire in a century — the Woolsey Fire — barreled through the Malibu hills toward the youth facility known as Campus Kilpatrick, leaving 22 teenage boys and 13 courageous staff members unable to flee from the path of the fast-moving conflagration.

The biggest and most threatening part of the blaze was right across Encinal and slightly to the south of Kilpatrick where the mouth of Zuma Canyon yawned in a gigantic gorge choked entirely with dry chaparral.

“To be honest,” Mullen said, “in all the years I’ve been at the station, whenever I’d go by that canyon, I’d think to myself, ‘Man, if that thing ever goes off…’”

At ten-something in the morning on Friday, that’s exactly what happened…

As the sky got darker with smoke and ash, the staff members had a harder time feeling hopeful.

“I looked to my right and there’s a female staff who’s exhausted, and not moving,” said one DPO. “I looked at another woman who’s crying because she’s thinking of her family. And there’s another man I see, and he’s making a video for his kids because he doesn’t believe he’ll see them again.”

Later everyone would learn that many of the staff members made such videos.

...Lockhart, who was scheduled to get married the following Saturday, November 17, made her own goodbye video. Then later, she forgot she’d ever made it. Overall, she felt she couldn’t take the time to be scared. She needed to stay adrenalized; in an “altered state,” she would say later.

Then in Part 3, of the series, we looked at whether probation had created the needed emergency protocols and general preparations for their various wildland-adjacent youth facilities, should disaster strike again, which eventually it would.

The answer came eleven months after the Woolsey blaze, as the Santa Ana wind-whipped Saddle Ridge Fire ignited .8 miles from LA County’s Barry J. Nidorf Juvenile Hall forcing the evacuation of nearly 278 youth from the fire-threatened facility. In many ways, the evacuation went smoothly, particularly in the beginning, with detention officers acting quickly and skillfully under pressure to move their kids toward the waiting buses helpfully provided by the Los Angeles County Sheriff’s Department. That’s when, in several critical instances, things began to go terribly wrong.

Now, as it happens, we’re soon going to release Part 4, of the Facing the Inferno series, which looks at previously undisclosed details of the harm that came to one young teenager during the Barry J. evacuation, and how certain local “investigators” reportedly tried very hard to make the story go away, after the fact.