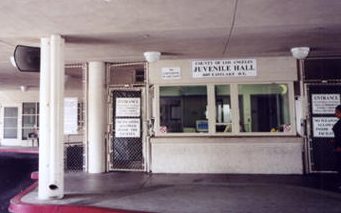 WitnessLA is a Finalist

We were very happy to learn that WitnessLA is a finalist for one of the upcoming 59th Southern California Journalism Awards sponsored by the LA Press Club.

Specifically, we are a finalist in the category of Online Investigative Journalism for our investigative series called Beating Children.

The most alarming incident was the one in which four male probation officers appeared to slug, push, and kick an unresisting teenager housed in Barry J. Nidorf Juvenile Hall in Sylmar, CA, as a supervisor looked on. The slugfest was caught on video by a camera mounted in the boy’s room, and several probation sources leaked a 4:18 minute copy of the crucial part of the disturbing video to us.

Our reporting precipitated several actions on the part of the LA County Board of Supervisors and, thus far, has resulted in three criminal charges against former LA County Probation staff members. In addition, this series triggered “a “sweeping investigation” into possible physical abuse of kids in the halls in general that was announced in late March by Probation Chief Terri McDonald. When last we heard, the probe turned up seven other problematic force incidents, with addition investigations still ongoing. On a lighter note, we were ridiculously cheered to discover that WitnessLA was an actual, no-kidding plot point in Episode 6 of Season 3 of the Amazon series Bosch—based on the books of Michael Connelly, featuring fictional LAPD homicide detective Harry Bosch.

The Bosch thang will not be news to some of you. (We know this because you’ve contacted us.)

Yet, as a longtime and very ardent fan of Connelly’s writing, I have become addicted to the series as well. So, although Taylor thought this Bosch development was cool, I was likely the one who thought it was…you know…the coolest.

We were also amused and impressed by the fact that the Bosch people even employed our old style of photo scribbling on their fictional WitnessLA site.

(In the fictional world, accuracy is still important.) LA Times reporter is aghast to find that WLA has just scooped him on a story.