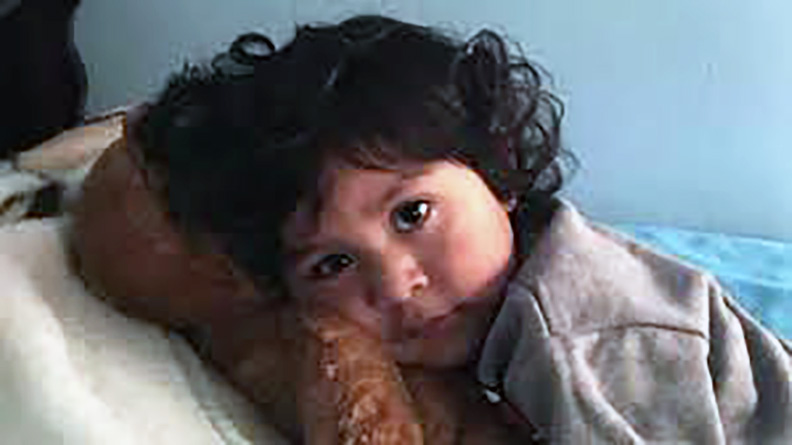 UPDATED: On September 30, the Los Angeles County District Attorney’s Office announced that Jose Cuatro and Ursula Juarez have each been charged with one count of murder and torture in the death of their son, Noah Cuatro. In addition, Jose Cuatro faces a single count of assault on a child causing death and Juarez faces one count of child abuse resulting in death, according to Deputy District Attorney Jon Hatami of the Complex Child Abuse Section.

If Noah’s parents are convicted of all counts, they each face a maximum sentence of 32 years to life.

Yet, despite the charges, many questions remain unanswered about why no one intervened before life at home turned fatal for the little boy.

Just under a week ago, on the morning of September 26, Los Angeles County Sheriff’s homicide investigators announced that they had arrested Jose Cuatro, 27, and Ursula Juarez, 25, on suspicion of murdering of their 4-year-old son, Noah Cuatro, who had been in and out of the foster care system prior to his suspicious death in early July.

Noah’s parents called 911 on July 5, 2019, saying that they had found their son floating, unmoving, in their community pool in Palmdale, CA.

Noah was rushed to the hospital, where doctors found injuries on the boy’s body that appeared to be consistent with abuse, not drowning, despite the parents’ claims. Noah died of his injuries at 8:01 a.m. the next morning, on July 6.

On September 26, more than two months of scrutinizing the circumstances surrounding the little boy’s death, and two days after a final determination from the LA County Coroner’s Office that Noah’s death was indeed a homicide, LASD investigators arrested the boy’s parents at around 8 a.m, and conducted a search of the family’s home “in an attempt to recover any additional evidence related to Victim Cuatro’s murder,” according to a statement the sheriff’s department released at midday on Thursday.

“From the onset of the investigation, homicide investigators worked tirelessly reviewing evidence and conducting interviews,” the department said.

“While my staff at DCFS and I continue to mourn the tragic death of Noah C.,” DCFS Director Bobby Cagle said, “I am grateful to the Los Angeles County Sheriff’s Department for its hard work leading to arrests in the case. I deeply respect the diligent work of my staff and our law enforcement partners. DCFS will continue to collaborate with law enforcement as their investigation is ongoing.”

Noah Cuatro’s great grandmother, Eva Hernandez, who is attempting to sue the county over her great grandson’s death, called a press conference in the afternoon after the arrests, where she told reporters that she felt she was “one step closer to getting justice for … little Noah.”

A weeping Hernandez told reporters that she misses her grandson “very much.”

“I wish he was still here,” she said.

It was Hernandez who took Noah into her home for several months in 2017, during one of the two periods when the social workers from the Los Angeles County Department of Family and Children Services (DCFS) removed him from his parents’ care, out of concern for his safety.

The first time social workers removed Noah occurred in August of 2014, right after the boy’s birth, in response to an allegation that Noah’s mother had injured the newborn’s older brother, fracturing the toddler’s skull, so DCFS took away both children, placing them first in foster care, and then in the home of great grandmother, Eva Hernandez, and her husband.

After nine months, however, the department was unable to prove the allegation, so dismissed the case, and the two little boys went back home.

The second time Noah was removed from his parents’ care was in November 2016, when his mother and father were accused of neglecting the child, who was diagnosed with a “failure to thrive,” and other developmental issues, while his parents repeatedly missed scheduled doctor’s appointments.

But, eventually, when his parents seemed to be hitting many of the marks that DCFS workers had set for them, Noah again left his great grandparents’ house, and returned to his parents, although foster care workers reported that he was having trouble “transitioning” back to his parents’ home from that of his grandparents.

In plainer terms, Noah often begged not to go home, according to Martinez.

In May 2019, two months before Noah died, additional concerns on the part of social workers persuaded a judge to grant social workers a court order to remove the toddler from his parents’ custody. They’d gotten a hotline call about Noah possibly being sexually abused. Yet, DCFS officials had not fully investigated their concerns, and when they did, they were unable to verify any of the allegations.  So the department staff chose not to follow through with the removal.

On June 28, 2019, the last time a social worker checked on the little boy at his parents’ home, she reported he seemed in good spirits.

In the wake of Noah’s death, the Los Angeles County Board of Supervisors approved two motions authored by Supervisor Kathryn Barger that were meant to delve into still-existing flaws in LA County’s foster care system—particularly in the Antelope Valley, which includes Palmdale, where Noah lived.

The first motion directed the LA County Office of Child Protection to conduct an investigation into the circumstances surrounding Noah’s death, including potential system failures within the Antelope Valley’s child welfare system that could have played some role in the tragedy.

Michael Nash, the director of the Office of Child Protection, ultimately determined in his 31-page report to the board of supervisors that DCFS department members had overall acted correctly regarding Noah Cuatro’s case. The news was unsatisfying to many who still want answers about what intervention points were missed that might have saved Noah Cuatro’s life.

In an interview with WitnessLA earlier this month, Nash discussed what we know, and what we still don’t know, about how 4-year-old Noah, who had been in and out of foster care since he was born, died in his parents’ custody, and why no county officials were alarmed enough during the last months of his life to remove him from danger before it was too late.

The arrest and charging of Noah Cuatro’s parents will hopefully bring us closer to the much-needed answers to those urgent questions.

On October 1, this story was updated to include information about the charges against Jose Cuatro Ursula Juarez.