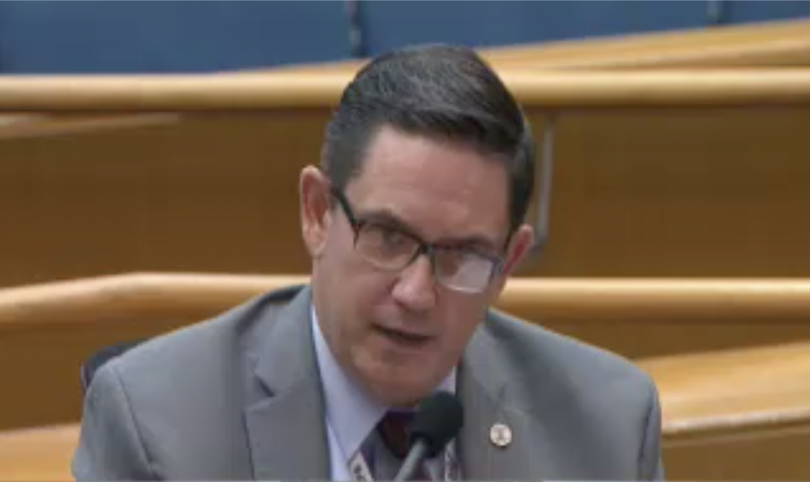 On Tuesday, the Los Angeles County Board of Supervisors approved a motion from Supervisor Kathryn Barger that addresses ongoing staffing issues within Lancaster and Palmdale’s child welfare offices, and creates an entirely new deputy director position to oversee the Antelope Valley region. The motion marks the second of two significant actions from Supervisor Barger and the board in response to the death of 4-year-old Noah Cuatro on July 6. (Read about the first motion: here.)

Noah died in the custody of his parents, under suspicious circumstances, despite the arrival of a court order in May, to remove the toddler from his Palmdale home.

The county must take “immediate action” to boost local recruitment, retention, internships, and financial incentives for the A.V. offices, Supervisor Barger said, introducing her motion on Tuesday. The motion calls for county agencies to work together, and with community stakeholders and local colleges, to create “a comprehensive and sustainable staffing plan” focused on these aspects, that will have “measurable outcomes.” During the meeting, Barger called on Antelope Valley College and California State University Bakersfield – Antelope Valley to help put together “implementable, creative solutions” that will encourage local students to pursue careers in social work.

“We’re aware that high caseloads, high supervisor-to-staff ratios, and a lack of tenured and experienced social workers and supervisors are endemic in the Antelope Valley offices,” the supervisor said. Much of that knowledge comes from a review the Office of Child Protection and a a May 2019 report by California State Auditor Elaine M. Howle, which included a series of recommendations for improving the county’s child welfare system to better protect kids from harm.

“Having supervisory staff with a long length of service is imperative to
provide the needed leadership and oversight of the regional offices,” Tuesday’s motion states. “Increasing supervision will allow for additional oversight of cases and staff and focus needed resources to this region.”

The motion also creates a “permanent, full-time position of Deputy Director, Service Bureau III, dedicated to the Antelope Valley,” a position which Supe. Barger wants to be filled immediately.

Finally, the motion directs DCFS to create a “Continuous Quality Improvement” division staffed by 20 new positions. These staffers will be responsible for ensuring “quality case work practices by increasing the number of case reviews” with Antelope Valley cases first on its to-do list.

Barger also spoke of the importance of having data that will shed light on “the number of vacant positions, hiring practices,” and the time that lapses between initial interviews and job offers, “how staff are on-boarded and oriented, and reasons for transfers from the Antelope Valley DCFS” offices. (Having a clear view of the A.V. offices’ problems through comprehensive data collection and analysis, was an issue that Supervisor Ridley-Thomas stressed was critical during the previous board meeting.)

Addressing the board on Tuesday, LA County’s DCFS Director Bobby Cagle pointed to some of the specific challenges that the Antelope Valley faces with regard to child welfare, and shared some of the reforms that the department is already implementing to reduce the likelihood of another death like that of Noah Cuatro (or Anthony Avalos, or Gabriel Fernandez).

“We know that child abuse occurs in families regardless of demographics or geography, whether they’re rich or poor, urban or rural,” Cagle said. “However, in the Antelope Valley, we face unique challenges, such as fewer community-based resources in the region, inaccessibility due to transportation constraints, a limited pipeline for potential staff, and higher staff turnover.” Another problem is that a number of “less experienced workers … begin their careers in the Antelope Valley on a temporary basis” to later “transfer to more desirable locations in the county.”

Cagle said that he appreciates Supervisor Barger’s swift action and the support of the board. Cagle, too, has spent the last two and a half weeks developing a plan to get the Antelope Valley offices to 100% “typical” staffing levels “to account for workers on leave, vacation, and other absences,” which will help to ameliorate “workload issues.” The Palmdale and Lancaster offices will also gain new mentors for freshly hired social workers “to get them up and running as quickly as possible.”

The child welfare director also said told the board that DCFS would launch an “emergency response strike team,” and a local training hub to ensure that A.V. social workers get “in-house training and enhancement training in the region.” The training hub was a specific request from local DCFS staff, Cagle said.

Under the direction of the county’s child welfare czar, Michael Nash, the LA County Department of Children and Family Services (DCFS) has also amended a previously vague policy to now require, in nearly all circumstances, social workers to swiftly take custody of children once judge issues a removal order, as was the case with Noah Cuatro.

“These much-needed improvements will equip social workers with the tools they need to better serve this community and provide appropriate oversight to ensure families receive vital resources,” Barger said.