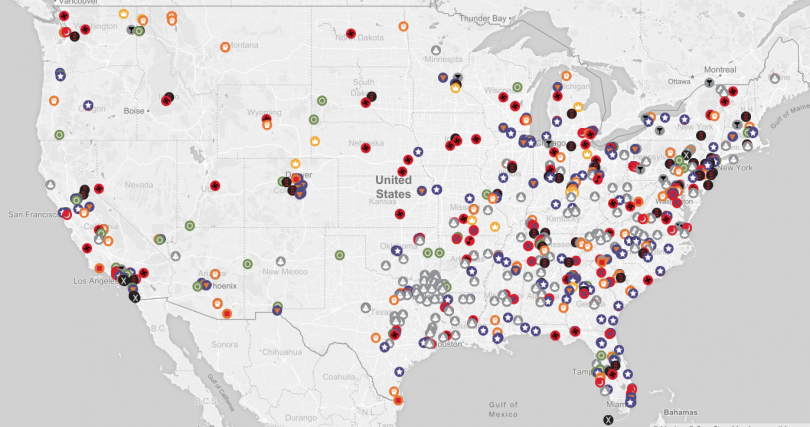 The Southern Poverty Law Center’s most recent “hate map” pinpoints the location of 892 “active hate groups” in the United States in 2015. California is home to 68 such groups. Only Texas is home to a higher number of designated hate groups—84. And the numbers are growing. Between 2014 and 2015, the list of groups grew by 14%, and the 2016 map due out next month is expected to be even larger.

“We specifically look at organizations that attack, demonize and rob individuals of their right to equality for an immutable characteristic like race, religion, national origin or sexual orientation,” SPLC’s spokesman Ryan Lenz told the OC Register.

Critics question the list’s validity. Mark Weber, director of the Institute for Historical Review says that his organization does not deny that the Holocaust occurred, as the hate map indicates. It’s difficult to get a group removed once it’s included, says Weber, who questions whether SPLC has set standards for inclusion in the map.

Robin Toma, who heads the Los Angeles Commission on Human Relations, believes the map’s data is useful as LA and California have seen a recent spike in hate crimes. Still, Robin points out that many hate crimes are committed by people not affiliated with hate groups.

Some advocates, like Laura Kanter of the LBGT Center in Santa Ana is grateful that the map shows nearby anti-LGBT groups like the Traditional Values Coalition. “Knowledge is power,” Kanter said. “And it’s good to know we have these groups in our own backyard.”

The Orange County Register’s Deepa Bharath has more on the issue.