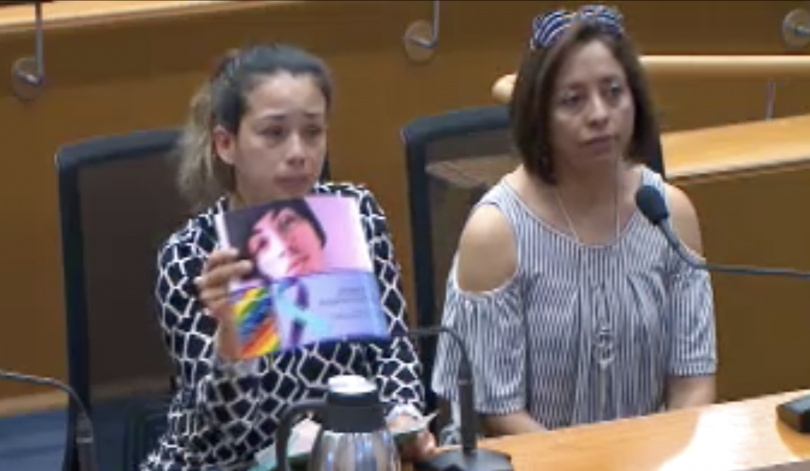 On Tuesday, in response to the suicide of a 19-year-old transgender foster youth on September 4, the Los Angeles County Board of Supervisors approved a motion meant to further establish and strengthen the “system of support” for LGBTQ+-identifying kids and young adults in the county’s care.

The motion, authored by Supervisors Hilda Solis and Sheila Kuehl, directs County Counsel to oversee the Office of Child Protection’s investigation into the death of the teenager, identified as Andrew M., to determine whether systemic shortcomings let the teen down. County Counsel will then report back to the board with answers and recommendations for improving services for LGBTQ+ youth like Andrew in foster care.

Both Andrew’s mother and aunt appeared before the board on Tuesday to decry Andrew’s treatment in the hands of DCFS during the public comment period of Tuesday’s meeting.

“You took my child away from me alive, and now I’m planning his funeral?” said Andrew’s bereaved mother, Abigail Martinez.

Three months before his suicide, the teen’s mother said, Andrew was in the hospital for an overdose. Social workers, she said, chose to send him home alone. “Why was he sent back home alone? Why? Why did they do that? He was not capable to be alone.”

Andrew’s aunt, Claudia Alvarenga, told the board members that she had been trying to take Andrew in, but had been waiting for approval from DCFS. “My family and I were ready and qualified to support, protect — and most important, to love him more,” Claudia said. “We did everything that was required to get our home certified by the state, the county, and the department.” But they were “still waiting” for approval.

Crying, the boy’s aunt held up a photo of her smiling nephew, and said, “I want you to please take a look at his picture. This is Andrew. I want you to imagine that this is your child.”

Why, the two women wanted to know, was Andrew not connected with services for transgender youth. “Now he is dead,” said Claudia. “We need to know why he did not receive the support that he needed” for his depression, and why “he became just a number” to DCFS. 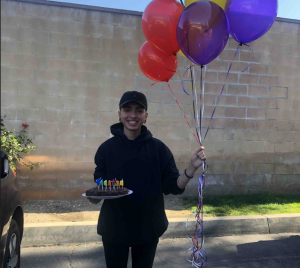 “Despite his battle with depression,” says a GoFundMe campaign in Andrew’s honor, “he helped give words of encouragement and helped so many of his friends who are alive today because of that.”

The GoFundMe page requests donations for Andrew’s funeral and for community organizations focused on mental health.

“We need to rise up and be united in protecting and supporting our youth, in and out of the system, with their mental health needs.”

“Andrew M.’s death must be met with urgency to provide youth, including transition age youth in foster care, identified as LGBTQ+ with support and resources” that help them thrive, the motion states.

The need to prevent suicides among LGBTQ+ teens and young adults could hardly be more urgent.

Lesbian, gay, and bi students grades between 9-12 are almost five times as likely to have attempted suicide, and three times as likely to seriously contemplate suicide, as their non-LGB peers, according to a 2015 Center for Disease Control and Prevention (CDC) report. While 14.8 percent of heterosexual students reported suicidal ideation, 42.8 percent of LGB kids said they had seriously considered suicide in the previous 12 months. The CDC report also found that the suicide attempts among LGB kids were far more likely to have required medical treatment than heterosexual students.

In a separate survey, the National Center for Transgender Equality found that more than 40 percent of transgender adults reported having attempted suicide. And of those who reported suicide attempts, 92 percent said they were under age 25 when they tried to kill themselves.

And LGBTQ+ youth are severely overrepresented in the foster care system, and there are certainly more kids who are not included in the statistics because they have not self-reported their LGBTQ+ status.

A February 2019 study published in Pediatrics found that 30 percent of a sample of approximately 600,000 California students between the grades of 6 and 12 who identified as LGBTQ lived in foster care. More than 25 percent of the teens who reported housing instability — either living in a motel, shelter, or in other temporary housing — identified as LGBTQ.

The survey also found that LGBTQ kids in foster care are at higher risk of being bullied, substance abuse, and having mental health problems.

“There has been a lot of concern that the child welfare system is overburdened in the first place, and that issues like LGBTQ youth discrimination and their distinct needs are an additional complexity for youth who are already vulnerable, just by definition of being in the child welfare system,” says one of the study’s authors, Stephen T. Russell, chair of the human development and family sciences department at the University of Texas at Austin.

LGBTQ+ kids in foster care and those who are homeless have often faced rejection from their families.

Tuesday’s motion calls for the LA County Department of Children and Family Services (DCFS) to work with the county CEO’s Office, the Office of Child Protection, the Department of Mental Health, and Probation, as well as with LGBTQ+ community experts, to develop and launch services that can intervene and reduce the number of family rejections, as well as new training for foster caregivers and providers, and social workers and probation staff, focused on better supporting LGBTQ+ youth, through identity development, and knowledge of resources available in the community.

Earlier this month, on September 10, the LA County Board of Supervisors also committed to collecting better data on LGBTQ+ suicides, hate crimes, and murders.

The LA County Coroner’s Office and its medical examiners will soon start collecting LGBTQ+-related data in the course of their investigations of violent deaths, thanks to a motion authored by Supervisors Sheila Kuehl and Kathryn Barger. The move will reportedly make LA County the first government body in the nation to require this crucial category of data collection. The hope is that with more complete statistics about how many of LA’s LGBTQ+ residents are murdered, commit suicide, or are the victims of violent crimes, county officials will be able to develop better policies to prevent future deaths like Andrew’s.

“The death of Andrew M. must propel systemwide changes with more immediacy,” the motion says, so that other kids like Andrew are met with “support and resources to live proud, productive, happy lives.”

“One death is one too many,” said Solis. “Any death prompts immediate attention and urgency.”

“This pain’s never going to go away,” Andrew’s mother told the board.

Image: Claudia Alvarenga and Abigail Martinez address the LA County Board of Supervisors