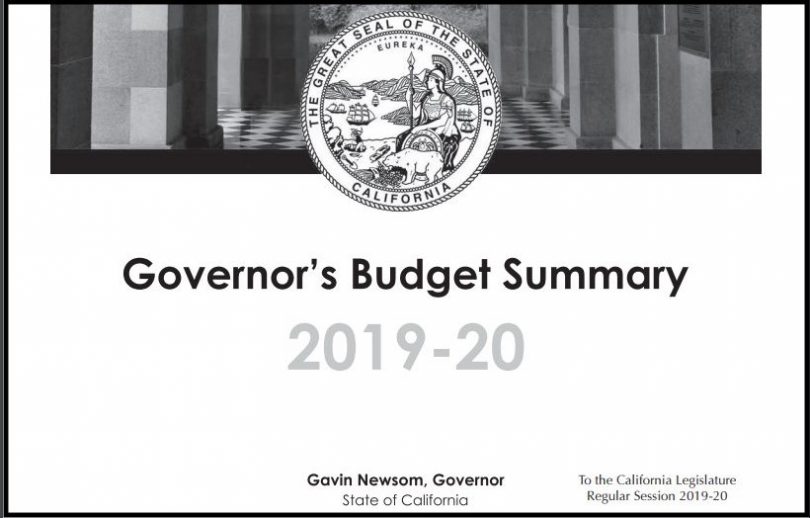 California Governor Gavin Newsom revealed the first iteration of his $209 billion budget for 2019-2020 on Thursday, which makes important investments in ending homelessness and housing crises, bolstering education, and paying down the state’s debt.

The budget also features new, noteworthy public safety spending, and what Governor Newsom called the end of “the juvenile justice system as we know it.”

The state’s juvenile justice system–which had an average daily population of 759 young people–will be transferred from the California Department of Corrections and Rehabilitation to the Department of Health and Human Services, according to the budget proposal. “This change will enable the state to better provide youth offenders with services needed to be successful when they are released,” the budget states.

In a press conference, Newsom said that he would share the details about the massive shift soon. “I am excited about this, but I want to make that a separate announcement because I think it is a big deal,” Newsom said.

Since 2014, the state has severely reduced funding for the Commission on Peace Officer Standards and Training (POST), which sets the minimum standards for selection and training of law enforcement in California. The hundreds of enforcement agencies that agree to follow POST’s guidance also receive access to important services, including training courses developed by POST, reimbursement for training, job-related assessment tools, and more.

POST’s funding primarily comes from criminal fine and fee income. Because the state has reduced its collection of criminal fees–which disparately impact low-income defendants–POST has suffered.

A $14.9 million infusion in the proposed 2019-2020 budget would “restore POST to its historical budget level” before its decline. “This funding will allow POST to restore many of the program cuts it was forced to make in recent years,” the budget states. “It will also be used to implement new, and update existing, training curriculum so that courses reflect current best practices in areas such as verbal communication and listening skills, cultural awareness and diversity, de-escalation techniques, and engagement with individuals suffering from mental health or homelessness issues.”

An additional one-time $20 million is set aside to fund use-of-force and de-escalation training for law enforcement officers.

More Money From Prop. 47 This Year

Newsom reports that last year, the state saved $78.5 million thanks to the 2014 voter-approved Proposition 47, which reduced a handful of low-level felony drug and property crimes to misdemeanors. This year’s estimated savings represented an increase of nearly $14 million over the previous year.

The money saved annually through Prop. 47 is earmarked for mental health services and drug rehab programs for criminal justice system-involved people, efforts to reduce truancy and help at-risk students, and for victims services. (The California Board of State and Community Corrections determines where exactly that savings goes.)

Fewer People in Prison, Thanks to Prop. 57

Last year, then-Governor Jerry Brown’s budget predicted that there would be approximately 126,890 adults in state prisons during fiscal year 2018-2019. Now the average daily population is expected to land at around 128,334. The numbers appear to be headed for a downward trend, thanks in part to Proposition 57, which the state expects to reduce the average daily inmate population by 6,300 during the 2019-2020 fiscal year–a number expected to increase to 10,500 during FY 2021-2022.

(Among other actions, Prop. 57 increased parole eligibility people convicted of certain crimes who have completed the base sentence for their primary offense. The voter-approved law also boosts access to early release credits.)

The state’s budget for the current fiscal year anticipated that all out-of-state inmates would be returned to California by January 2019. But because the average daily inmate population is higher than expected, the task of moving people incarcerated in other states back to CA won’t be completed until at least June 2019.

Tattoo Removal Services Get a Boost

Newsom’s plan includes a $6 million boost for increasing prison medical staffing and expanding the use of remote telemedicine calls between doctors and people in state prisons. “This expansion will improve access to care and reduce costly transportation of inmates to health care providers outside prison walls,” the budget says.

Catching up on Maintenance Projects

The budget includes a one-time fund of $25 million to address delayed “maintenance projects” at state prisons where “critical infrastructure systems” are “deteriorating to the point of failure.” Currently, the state has racked up more than $1 billion in maintenance projects that have not been completed.

The governor created a new “dedicated budget item” for annual critical prison maintenance, funding for which will rise to $55.6 million in 2021-22. The budget proposal also sets aside money to replace old roofs, fleet vehicles, and old fire alarm systems, and to improve accessibility for disabled people incarcerated in California prisons.

Money to Copyedit the Penal Code

The provisions identify “criminal behavior, penalties for convictions, additional enhancements, and credit earning once incarcerated,” Newsom says in his budget. “This complex statutory structure requires study and recommendations to revise the penal code” to make it clearer. The governor plans to pay for the necessary research and revisions with a starter pot of $576,000.