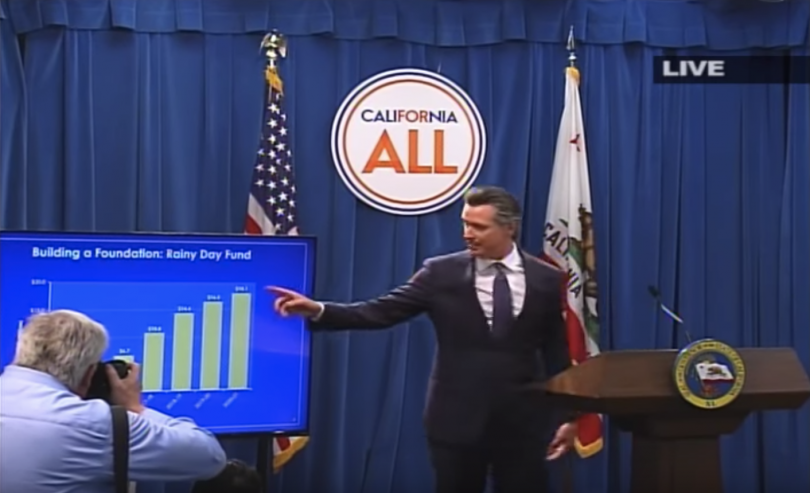 On Thursday, California Governor Gavin Newsom released his revised state budget, which plans for $213.5 billion in spending (2% more than his January budget proposal), during fiscal year 2019-2020.

Approximately $12.8 billion of Gov. Newsom’s budget is intended to further his aim of transforming the criminal justice system “with a focus on public safety, increased rehabilitation, expanded opportunities for reentry, and restorative justice.”

The May revision reflects the Newsom administration’s “commitment to sound correctional practices and recidivism reduction that ensure the state meets its paramount obligations to protect the public correctional staff, and the incarcerated population,” the budget states.

Below, WitnessLA has compiled some of the highlights from the governor’s proposed criminal justice spending. (WLA will cover more budget stories in the coming days and weeks, so stay tuned.)

The May revision includes more information on Governor Newsom’s plan to, as he calls it, end “the juvenile justice system as we know it.”

In California today, most kids who are sent to lockup are sent to a local juvenile hall or camp in his or her own community.

Still, even progressive counties like Los Angeles send some kids to troubled state facilities each year.

In February, the Center on Juvenile and Criminal Justice released a report exposing troubling conditions within the DJJ’s three aging lockups, where a disturbing climate of violence and fear continues to breed trauma in already traumatized youth.

The governor’s plan to move the juvenile justice system into the Dept. of Health and Human Services “better aligns California’s approach with its rehabilitative mission and core values—providing trauma-informed and developmentally appropriate services in order to support a youth’s return to their community, preventing them from entering the adult system, and further enhancing public safety,” the budget says. With the new move, “California will be better positioned to achieve this mission.”

The budget also includes $1.2 million in ongoing funding for the transition and staff training. The Newsom administration will launch a new training institute to train each staff memember “on best practices so they can further the new Department of Youth and Community Restoration’s rehabilitative mission.”

An additional $1.4 million will go toward creating a partnership between the new juvenile department and the California Conservation Corps to launch an apprenticeship-focused reentry program. Through the program, kids will benefit from job skill-building and help “accessing career pathways” once they are released from lockup.

An infusion of $8.8 million will go toward opening two new 60-bed reentry facilities for women–one in Los Angeles, and one in Riverside. The state will also fund a 10-bed expansion for an existing male reentry facility.

These facilities, which are invaluable to rehabilitation and helping people exiting prison successfully return to life in their home communities, “provide eligible offenders a variety of services, such as substance use disorder treatment, education, and employment counseling, in the communities in which they will be released during the last portion of their sentences,” Newsom’s budget states.

A separate $71.3 million this year (and $161.9 million next year) will allow the state to launch a coordinated, evidence-based, medication-assisted substance use disorder treatment program, which will include cognitive behavior treatment, in each of the state’s 35 prison facilities, with the ability to serve every inmate who needs treatment.

“Across the country, substance use disorders (SUD) involving alcohol, opioids, and methamphetamines are on the rise, resulting in an increasing number of overdose-related deaths each year,” the budget says. “Treatment of individuals suffering from substance use disorders involves long-term medical and/or behavioral modification components. Providing offenders who battle addiction with proper evidence-based treatment and medication-assisted treatment can reduce the risk for further substance use, relapse, and drug-related death.”

A general fund pot of $1.1 million will go toward expanding gang-related tattoo removal services. The extra cash would help approximately 3,000 more adults annually than the state’s currently “limited” program within the Prison Industry Authority. The program will focus specifically on individuals who are actively working to leave gangs or who are soon to be released from prison. The funding will be bumped to an ongoing $2.1 million for the 2020-2021 fiscal year.

Newsom’s January budget proposal had set aside a tentative $2.5 million for the upcoming year, that would have served approximately 4,400 people.

The budget also acknowledges that victims programs and services are managed by multiple different government departments in a way that “is not designed to maximize ease of access for victims.”

The governor intends to consolidate the Office of Emergency Services and
Victim Compensation Board–two victims programs–to reside within a new state department, and will look at other possible victims programs that could be similarly consolidated. “This will provide one central place for victims and their families to obtain information and access services when they are most in need,” according to the May budget revision.

Additionally, $2 million will fund the CDCR’s Office of Victims and Survivor Rights and Services’ Offender Dialogue program, which uses restorative justice tools to help prisoners understand the harm they have caused through their crimes. The money will also fund grants that go to community victim impact programs.

A total of $9 million in ongoing money from the General Fund will flow into the state’s Violence Intervention and Prevention Program. This upcoming fiscal year, the program will be infused with a one-time $18 million pot of money. The program offers grants to community-based organizations that operate diversion programs, violence reduction efforts, outreach to transition-age youth (TAY) who may be at risk of violence or exposure to the criminal justice system, and community education programs.