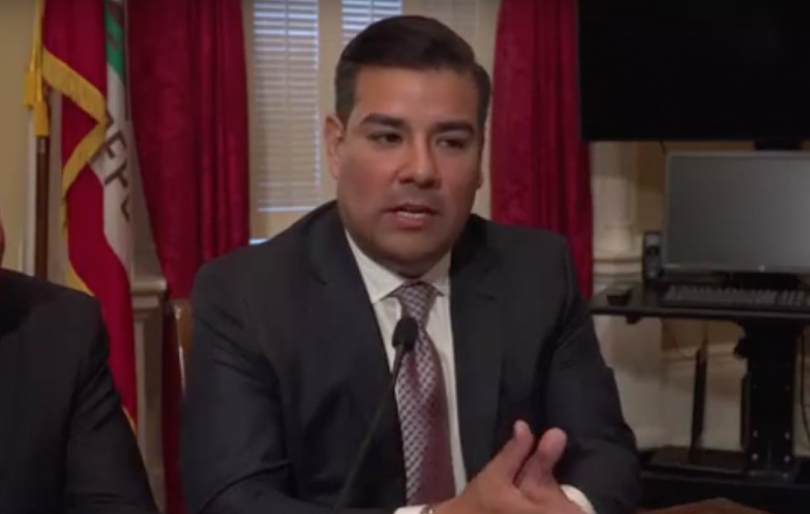 California Attorney General Xavier Becerra and state Senator Ricardo Lara (D-Bell Gardens) announced Friday that the CA Department of Justice will launch an investigation into conditions at immigrant detention centers in the state.

The state Justice Department will examine due process concerns and confinement conditions of immigrants held in CA facilities. The effort will be funded by a pot of $1 million in the $125 billion budget, passed by lawmakers last week. The Department of Justice is to return with a report on conditions by March 2019, followed by annual for the next 10 years.

Since March, three people have died in the Adelanto Detention Facility run by the controversial private prison company GEO Group. The latest death at the facility—which has been accused of poor medical care—was that of Vincente Caceres-Maradiaga, 46, in late May. Caceres-Maradiaga collapsed while playing soccer and died on the way to the hospital. Before Caceres-Maradiaga, 32-year-old Osmar Epifanio Gonzalez-Gadba was found hanging in his cell in March. The fourth inmate, Sergio Alonso Lopez, died of internal bleeding in April. (Read more about the deaths over at Mother Jones.)

A recent report by the US Department of Homeland Security’s Office of Inspector General found that detainees held in Orange County’s Theo Lacy Facility were served spoiled lunch meat, are forced to use moldy showers, and face overly harsh solitary confinement and other living conditions that violate national detention standards.

Nine other facilities in California—some city, some county, and some privately run—hold immigrant detainees. After Texas, California locks up the second largest number of people awaiting immigration hearings.

“America is a nation of immigrants, and whether you arrived recently or have lived here for generations, you deserve to be treated fairly under our Constitution and laws,” Lara added. “If the federal government won’t ensure the safety and humane treatment of people held in detention in California, we must do that job and stand up for human rights.”

Proposed legislation from Lara, SB 29, also known as the “Dignity Not Detention Act” would block local governments in California from entering into new contracts or extending old contracts with for-profit companies to detain immigrants. The bill also would require facilities holding immigrants to abide by Immigration and Customs Enforcement standards for lock-ups, including providing access to medical treatment, honoring the right to file grievances, and allowing visitation by attorneys and loved ones.

The California Senate approved SB 29, which heads to a hearing on the Assembly Committee on the Judiciary next.

Another bill, SB 630, would block local jails from accessing state funds for jail expansions and improvements if those jails are leasing out their beds—whether to the federal government for immigrant detention, or to other public or private lessees.

California lawmakers also approved a budget allocation of $45 million to provide legal assistance to undocumented immigrants. The largest chunk, $30 million, will go to the CA Department of Social Services to help immigrants apply for naturalization or deferred action. Twelve million dollars will go toward providing legal services to immigrants facing deportation without a lawyer. The last $3 million will fund a program that provides legal aid to unaccompanied minors.