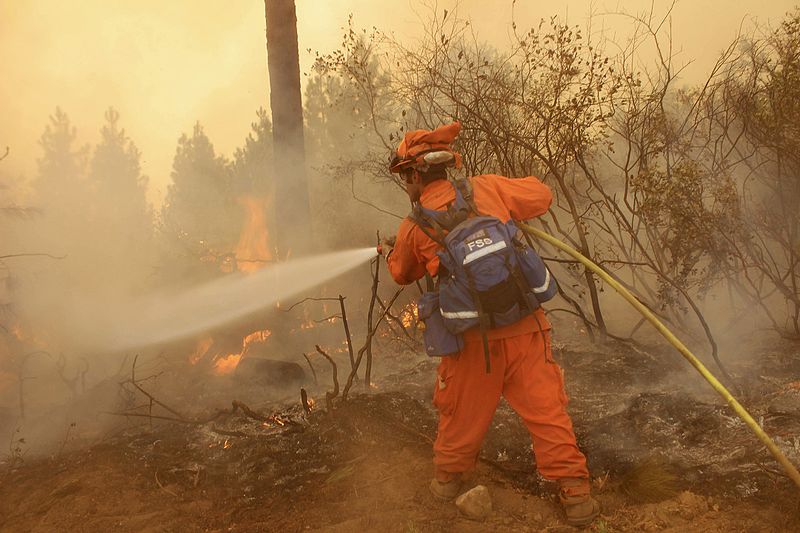 A total of $26.6 million would go toward developing a new Firefighter Training and Certification Program for formerly incarcerated Californians. The state seeks to open a training center in Ventura where 80 individuals will be selected by the CDCR and the CA Department of Forestry and Fire Protection, the latter of which will also conduct the training and certification.

Almost a quarter of the approximately 8,000 firefighters on the front lines of the battle against the recent Southern California fires, including the catastrophic Thomas fire in Ventura, were inmates. The inmate conservation camp program saves the state millions of dollars each year, since the incarcerated firefighters are paid approximately $2 a day (and another $1 when they’re fighting fires).

Food and living conditions within the fire camps are much better than in prison, and participants receive two days off their sentences for every one day worked. Still, advocates have argued that the state’s reliance on the program to bolster firefighter ranks could delay prison reform progress.

Moreover, despite their training and on-the-job experience, once released, program participants’ convictions have precluded them from working as professional firefighters in their communities.

The new 18-month employment program would include an initial three months of life skills training, basic firefighting and forestry courses, and any treatment programs that may be required. During the second three-month stage of the program, participants would finish “advanced, comprehensive industry firefighter courses and certification.” Once training had been completed, the participants would go on a Type I Fire Crew assignment for one year, gaining hands-on work experience as a professional firefighter. With their certification and job experience, graduates of the program would be qualified to apply for firefighting positions within local, state, and federal firefighting agencies.

Within the budget, Brown also seeks to increase the age cap for youth under the jurisdiction of the Division of Juvenile Justice from 23 to 25. In 2012, the state budget stopped the housing of 24- and 25-year-olds in DJJ detention facilities in order to save the state money and reduce the youth inmate population.

“New research on brain development and juvenile case law around diminished culpability of juvenile offenders has prompted the Administration to reevaluate this decision,” according to the budget.

The governor’s plan also includes $454.4 million for the Division of Rehabilitative Programs, an increase of more than $150 million over fiscal year 2012-2013. “As a per offender investment, this exceeds pre-recession era levels that were the peak of rehabilitation funding,” Brown’s budget states.

That savings is earmarked for mental health and drug rehab programs for criminal justice system-involved individuals, efforts to reduce truancy and help at-risk students, and for victims’ services.

Not everyone is pleased with the governor’s proposed spending on corrections, however.

John J. Bauters, director of government relations for Californians for Safety and Justice, one of the groups behind the passage of Prop. 47, criticizes the $12 billion fund, noting that it “represents an increase of well over 500 percent since 1981.”

What Bauters finds most troubling about the high level of spending on corrections “is how little it translates to actually keeping Californians safe in the long run. Excessive prison spending and over-incarceration not only prevents California from resolving the crises in our communities that give rise to crime, but it also plays a significant role in exacerbating the cycle of crime.”

This, Bauters says, is what makes Prop. 47 funds so important. “By shifting dollars away from incarceration and into our local communities, we are finally beginning to address the acute community needs that are actively contributing to the cycle of crime,” Bauters says. “It is imperative that we bring balance back to our state’s public safety investments.”