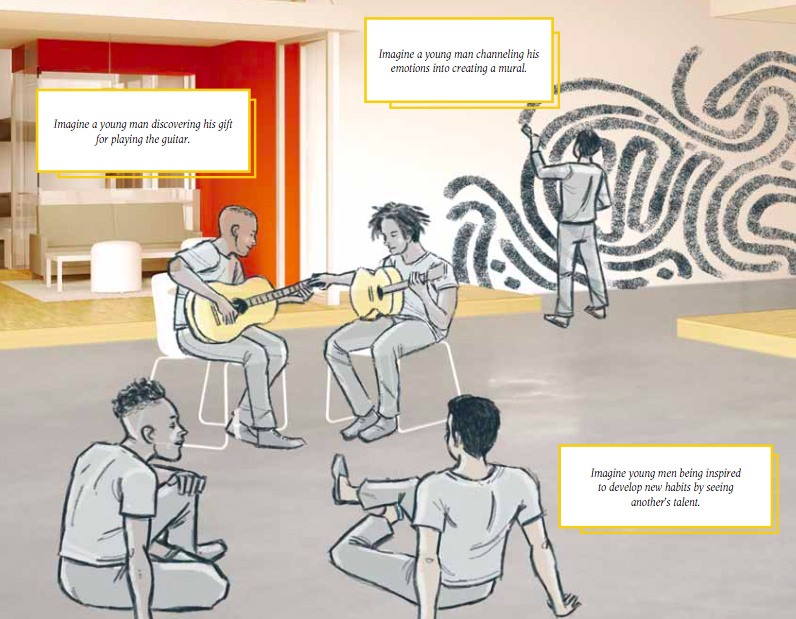 California Governor Jerry Brown’s proposed budget for fiscal year 2017-2018 includes money for a new rehabilitation and self-development-focused detention facility for young men between the ages of 18-25.

The California Leadership Academy (CLA) would house around 250 youth who have a moderate to high-risk of reoffending.

Just under two-thirds of 18 to 25-year-old men reoffend within three years of release from prison in California.

Within the walls of the open, college campus-like facility, staff would provide the young men with trauma-informed and therapeutic programs, in addition to academic, employment, and housing services to help the boys successfully return to their communities.

At a certain stage of incarceration, the young men would be allowed to leave during the day to participate in off-campus work or school, and once released, would continue to receive support from CLA via mentoring, counseling, and peer support groups.

Building CLA will cost approximately $61 million, according to a plan laid out by a consulting firm, which received $865,000 from the state budget during the current fiscal year to propose a strategy for reducing recidivism among the state’s young people.

The CA Leadership Academy is the brainchild of Scott Budnick, executive producer of the Hangover series, who left Hollywood behind in 2013 in order to take on criminal justice activism full-time. The California Sunday Magazine reported that Budnick, who founded the LA-based Anti-Recidivism Coalition, hopes to remove “every young person, 18 to 25, from the adult prison system,” and instead, place them “on a campus with educational and therapeutic programs.”

Not everyone in the juvenile justice reform community is thrilled with the idea of a new youth lock-up, however.

The Center on Juvenile and Criminal Justice has actively voiced its opposition to building a facility that would, according to CJCJ, be better spent on community-based alternatives to juvenile incarceration.

“Each year, the state invests millions of dollars in county-level programming for youth through the Youthful Offender Block Grant and the Juvenile Justice Crime Prevention Act,” CJCJ said in an April 2016 story. “The CLA would reverse this substantial investment in realigning the justice system.”

Attn:’s Charles Davis has more on the debate over the proposed facility.