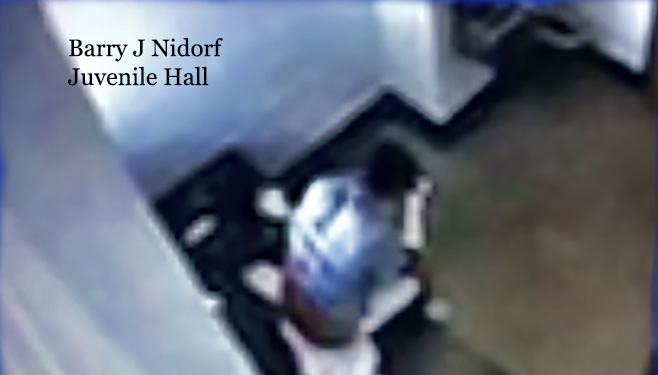 On Tuesday, March 15, the Los Angeles County Board of Supervisors voted on two competing motions, each of which outlined two very different solutions to the dilemma of where LA County’s “secure track youth,” should be housed now and in the foreseeable future.

The youth in question are the kids and young people who, in past years, would have been sent to California’s youth prisons, the violence-plagued facilities run by the state’s Department of Juvenile Justice (DJJ), which will be permanently shuttered by June 30, 2023.

Yet, although DJJ has not yet closed its doors for good, in recent months, no additional youth are being sent to the state system.

Instead, those youth are being “realigned,” to the care of California’s counties, each of which is receiving millions in needed funds in order to create regional systems of care, supervision, healing, and rehabilitative programs for the kids who, in the past, would have been sent to the soon-to-be-closed state facilities.

In Los Angeles County, during the 18 months since Governor Gavin Newsom signed SB 823—the budget trailer bill that laid out the path to the closure of DJJ—the most quarreled over question when it comes to the county’s still-very-much-in-progress plan to reimagine youth justice for the DJJ youth, is the question of where exactly these kids will be housed.

In the hope of resolving this much discussed issue, members of the LA County Board of Supervisors introduced the two dueling motions to be voted up or down at the March 15 board meeting.

The pair of motions are mutually exclusive, since each has a dramatically different idea about the proper locations for the needed Secure Youth Track Facilities (or SYTFs), as they are now being called, to house the county’s DJJ youth.

The first of the two motions—and the one that passed today in a 4 to 1 vote—was the motion co-authored by Supervisors Holly Mitchell and Sheila Kuehl.

This motion, would “support the exploration” of housing the male SYTF kids at Campus Kilpatrick, Camp Scott. And, when it comes to the much, much smaller number of girls who will be part of this SYTF cohort, they should housed at Dorthy Kirby Hall, which the motion points out could easily accommodate them, and their caretakers.

(Right now, the county’s 16 SYTF youth, who would have been DJJ kids, are being housed at Barry J. Nidorf Juvenile Hall, one of the county’s two youth jails, which is having its own problems right now. But we’ll get back to that issue in a minute.)

“The youth who will be committed to the secure track facility and would otherwise have gone to DJJ are our young people,” Mitchell and Kuehl write in their motion.

“They are vulnerable and profoundly in need of alternatives rooted in harm repair, healing, and preparation for their future when they return to the community. They have seen, experienced and endured a great deal of systemic and community trauma. The current systems of incarceration only perpetuate the harms they experienced because they are foundationally built out of punishment and isolation.”

In explaining its reasoning for asking the county to move ahead with its examination of the selection of Kilpatrick and Scott, the Mitchell/Kuehl motion points to the fact that these recommended choices are in keeping with the recommendations by the county’s Youth Justice Work Group (YJWG), which assigned a subcommittee to engage in a deep examination of the possible SYTF locations.

The YJWG subcommittee was helped in its task by the fact that its members began their analysis after it had been pre-analyzed by probation in collaboration with facility experts, in order to assess the pros and cons of the county’s various licensed juvenile facilities.

After much investigating, along with multiple public town halls on the topic of where to house the DJJ youth, the JJRBG subcommittee recommended Camp Afflerbaugh, Camp Paige, Campus Kilpatrick, Camp Scott, and Dorothy Kirby Center (for females) as feasible sites.

However, before the list could be further whittled down, residents of communities in which Camps Afflerbaugh, Paige, and Scott were located learned of the possible SYTF site selections, and pushed back very hard and loudly at the notion of having any DJJ youth in their backyards.

DJJ and the LA Model

The Mitchell/Kuehl motion attempts a compromise with the highly vocal residents groups by taking Camps Afflerbaugh and Paige off the table, but keeping Scott, and focusing mostly on Kilpatrick, which has already been designated as a temporary SYTF, for the small but growing cluster of DJJ kids who are presently housed under less than ideal circumstances at Barry J. Nidorf Juvenile Hall.

Central to the Mitchell/Kuehl motion is the use of Kilpatrick, which they point out is unique among the county’s youth facilities.

When the $53 million campus opened in July 2017, it was designed as an innovative pilot for a therapeutic, research-guided, “trauma-informed” environment—the LA Model this method was called—which would, it was hoped, set a new standard for how the county treats the lawbreaking kids in its care.

Mitchell and Kuehl suggest moving the existing LA Model out of Kilpatrick to another existing youth camp that is presently vacant, and use the attractive Campus Kilpatrick location to jump-start an enlightened SYTF model for LA County

In the beginning at least, Malibu residents didn’t seem to be against the use of Kilpatrick for the DJJ kids, since Campus Kilpatrick, and the now closed, Camp David Gonzales, had been operating in the hills above Malibu for a long time without any real incident.

(Well, without incident except for the fact that Campus Kilpatrick along with staff and kids came perilously close to burning to the ground, while still inhabited, during the 2018 Woolsey fire, due to the unaccountable and near tragic failure of probation higher-ups to give the go-ahead for a timely evacuation. But, we digress.)

Supervisor Kathryn Barger is the author of the competing motion which it turns out did not passed on Tuesday. Yet it had its merits.

Supervisor Barger’s motion asked the county to move toward the selection of a “reimagined” Barry J. Nidorf Juvenile Hall as the county’s main SYTF for the DJJ youth.

In explaining her choice, Barger pointed out the fact that [as WitnessLA has reported), in October 2018, the California Department of Justice initiated an investigation into the conditions at Barry J. Nidorf Juvenile Hall and Central Juvenile Hall, which resulted in a large legal settlement that mandates a long list of changes at the two facilities.

“As a result of this investigation,” Barger writes in her motion, “in January 2021 the CAL DOJ and the county agreed on twelve objectives for corrective action that include, a homelike environment and operations; (2) technology and data management; (3) use of force and youth safety; (4) trauma-informed and positive behavior approaches…” and more.

And so since  Barry J.  has to “reimagine” itself anyway, it is the easiest and quickest choice for housing DJJ youth permanently, she concludes.

Barger’s motion is also  based on a February 8, 2022, report from Probation Chief Adolfo Gonzales, which also makes the case for using Barry J as the place that can most easily be converted to an SYTF environment that could be gotten up and running fairly quickly.

And, as the report notes, it wouldn’t trigger lawsuits from the various communities in which the other possible sites are located.

Although Malibu residents had not been particularly vocal about having DJJ  youth at Kilpatrick, more recently, there have reportedly been rumblings of discontent.  Thus, late last week, hoping to calm any concerns, Supervisor Keuhl wrote an open letter to Malibu residents, which began appearing over the weekend.

Campus Kilpatrick, Keuhl wrote, “is a locked facility where young people live in a therapeutic home-like setting and are provided with individualized, trauma- informed plans to help them heal, build skills, and transition to responsible and constructive lives.”

She also points to the fact that  Campus Kilpatrick “has always included some young people charged with serious offenses, and our committed Probation staff and community-based providers have done a wonderful job supporting them.”

We anticipate, she wrote,  that the number of young people added to the current Kilpatrick population will be gradual, starting with a handful and never exceeding more than a few dozen. The Board is asking communities throughout the County to support these young people.”

While LA County struggles with the question of where to house, the DJJ kids, in CA’s still open youth prisons conditions are reportedly going from bad to worse, for both youth and staff members, as the system moves toward the scheduled June 30, 2023 closure.

One of the largest problems at the moment, is the lack of adequate staffing due to the fact that, with the eventual shuttering on the horizon, DJJ staff have been leaving to find other jobs, causing staff shortages to become so dire that the state has been bringing in guards from the adult prisons to fill the gap.

Now, as of this past Friday, WitnessLA has learned the California Correctional Peace Officers Association (CCPOA), the powerful prison guards’ union, has been negotiating with state officials and the governor to agree to giving staff members each an $50,000 exit bonus if they agree to stay with DJJ until the doors are closed for the final time. (Actually, it would be $50K for “direct staff,” $25K for non-direct staff,

Then, if all this wasn’t enough to worry about, back in Los Angeles County, in response to the looming threat that the California Board of State and Community Corrections (BSCC) could declare Central Juvenile Hall unfit for youth habitation if it doesn’t make the proper corrections in the coming months, Chief Gonzales sent a notification out to Central’s staff telling them that both kids and staff needed to be moved out of Central to Barry J Nidorf Juvenile Hall over the weekend, a location where everyone would remain for the next 90 days while repairs were made to the facility, which is in a fairly awful state.

(As readers may remember, last fall the BSCC voted unanimously to declare that LA County’s two juvenile halls — Barry J. and Central — were so far out of compliance when it came to multiple basic standards of care, the two lock-up for kids were declared “unsuitable for youth habitation.”)

The sudden nature of the move reportedly triggered at least two youth riots between Friday and Sunday, as the Central kids arrived at Barry J, unit by unit, over the weekend.

Two veteran probation staff members we interviewed (who asked not to be named) said that 90 days is not close to enough time to do the clean up, the repairs, and the other long delayed upgrades and maintenance needed if Central is going to become reasonably habitable.