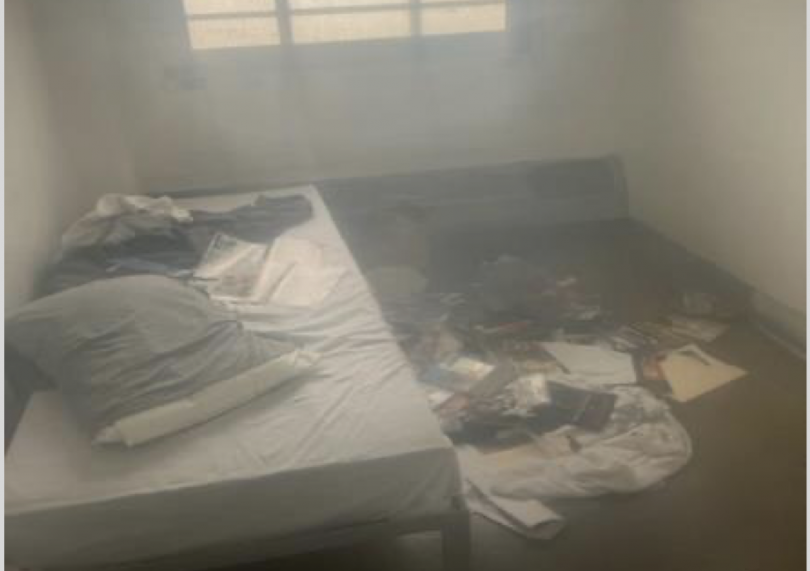 On Tuesday of this week, the Los Angeles County Board of Supervisors passed a motion directing LA County Probation Chief Adolfo Gonzales, along with the county CEO, plus the departments of Public Health and Health Services, to report back to the board in 60 days with a “detailed plan” to make the drug NARCAN accessible in probation’s youth camps and its two remaining juvenile halls.

NARCAN, for those who may have forgotten, is the brand name of the medication Naloxone, a drug that if administered quickly enough can reverse an opioid overdose, which these days generally means an overdose of fentanyl.

NARCAN has already been distributed to the LA County’s libraries, schools, and also LA County’s overcrowded and drug-ridden jail system.

When introducing the motion at Tuesday’s meeting, Horvath talked about the growing role fentanyl is playing in the overdose deaths of young people.

Monthly overdose deaths by kids have increased nationally by 109 percent between 2019 and 2021, according to the CDC.

Deaths involving fentanyl, in contrast, “increased by 182 percent during that same time period,” Horvath told those attending the board meeting, either in person or virtually.

Interestingly, the CDC also noted that two-thirds of the fatal overdoses it reviewed had at least one bystander present, but “almost none” were able to provide assistance.

In addition to the CDC’s gut-wrenching stats, Horvath said that the sense of urgency she and her co-author felt was amplified by a new report released on Monday, January 9, by the county’s Probation Oversight Commission (POC).

The report—which you can read here— is a detailed account of a series of October 2022 visits by POC commissioners to three different county youth facilities.  During their visits the commissioners found, among other alarming discoveries, that the kids in Central Juvenile Hall and Barry J. Nidorf Juvenile Hall appear to be finding ever more creative ways to acquire various kinds of narcotics, presumably including fentanyl.

For the record, thus far WitnessLA has not been able to confirm any incident of drug deliveries via drone to any of the county’s youth facilities. Yes, our sources told us, kids in the halls seem to have no trouble getting narcotics. Yet, they are not doing so via drones.

But, drones or no drones, it is still important to ask what, exactly, the department is doing to prevent kids residing in LA County’s various youth lock-ups from having such easy access to narcotics.

And whatever the answer to that question, as Horvath, and co-author Hahn made clear, the distribution of NARCAN, along with training in how to use the stuff, is inarguably a crucial matter.

“I remember when defibrillators first came out,” said Supervisor Kathryn Barger in the course of the discussion.  “I think NARCAN is the new defibrillator, so to speak.”

In the meantime, well ahead of Tuesday’s motion, the Association of Probation Supervisors, SEIU 721, which is one of LA County Probation’s two main labor unions, appears to have been proactive regarding the threat of fentanyl inside the youth halls and camps.  They have done so, said Reggie Torres, the president-elect of 721, with encouragement from probation’s higher ups, namely Chief Gonzales, and Chief Deputy Karen Fletcher.

In mid-December 2022, Torres and another union member, Brett Sakoda, met with an organization known as the State Coalition of Probation Organizations (SCOPO), in order to talk about how other California municipalities had been struggling with fentanyl inside their own youth facilities..

In probing further, WitnessLA was able to obtain a report compiled by SCOPO, the state probation organization, which details some of the struggles taking place at youth facilities around the state.  For example, according to the report, Orange County Probation has already dealt with one fentanyl overdose.

In San Diego’s Kearny Mesa Juvenile Detention Facility, however, a 16-year-old boy died of a fentanyl overdose in September of 2021.  Although officials still have yet to release anything but a highly redacted report about the boy’s death, San Diego’s youth detention officers have since been given NARCAN spray.

With such information in mind, Torres and his colleagues at SEIU 721, plan to assist the department in training around two-dozen trainers in the use of NARCAN, who will then train the various probation officers and detention service officers who work in the youth halls and camps.

(Note: Until the cash is allocated for every officer to have his or her own NARCAN, the stuff will need to be placed where officers collectively have access.)

When I managed to reach Torres on Wednesday, the training had already begun.

“Today 26 trainers were trained,” he said.

At Tuesday’s board meeting, when talking about the need for NARCAN and NARCAN training, Supervisor Horvath noted that “so far” there had not been any fentanyl deaths “in the county’s juvenile facilities.”

Yet, that conclusion depends on what one considers to be a county facility.

For example, in addition to the youth camps and halls under LA County Probation’s banner, kids are often sent into “placement,” which means they are transferred into some youth facility or other with which the county contracts.

In one case that we will write more about later, a boy was put into placement where he reportedly died a week later of a drug overdose, despite repeated calls to the facility from his family and deep concern by his girlfriend, with whom the teenager was reportedly talking.

Thus far, the placement facility has reportedly not told the parents the name of the drug that killed their son, so it may or may not have been fentanyl.

(We’ll have more on this painful case in a future investigation.)

In the meantime, one more thing.  In the report released on Monday by members of the Probation Oversight Commission, staff working in certain units of Central Juvenile hall told the POC commissioners that, despite the fact that many of the kids they oversee appear to be able to acquire drugs without much trouble, the facility’s contraband checks are inconsistent.

Such checks are supposed to take place “twice each shift,” said a staff member. But right now, according to the officer, there aren’t enough staff members on duty, which means that the required checks are being conducted only sporadically.

Matters are not helped—according to the commissioners— by the fact that, at the time of their visit, some of the windows into the kids’ rooms were covered in “soap, Vaseline or some other type of opaque cream,” thus “obstructing staff from checking in on youth” through a room’s “vertical window.”

On January 17, Supervisor Horvath’s office reached out to us to note that, at the end of the motion the supervisor authored, it directs Probation Chief Adolfo Gonzales, in consultation with County Counsel and the Department of Children and Family Services (DCFS), to report back to the board in writing in 120 days with an additional analysis that would look at the feasibility of making NARCAN “readily accessible” in the contracted placements—which would include emergency shelters and “short term residential temporary placements,” such as the facility where the boy we mentioned above reportedly died of a fatal overdose of a narcotic.

In other words, the board intends to have NARCAN available at all county facilities that house kids. This is a good thing.