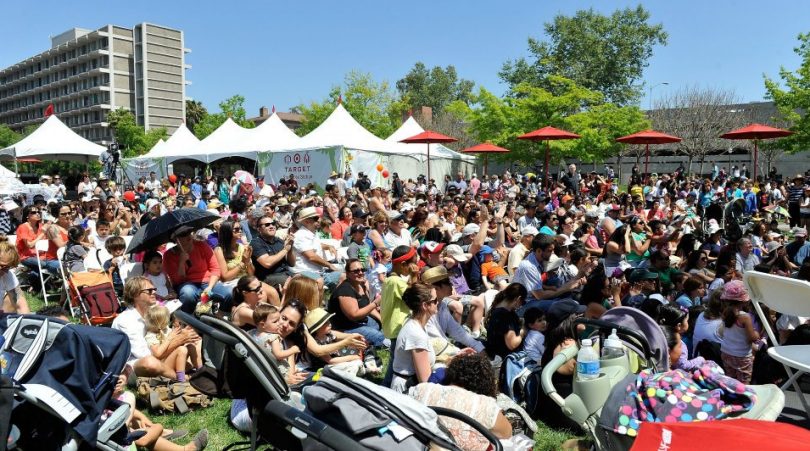 It’s time for the Los Angeles Times Festival of Books again, as most book and literature fanatics likely already know.

The LATFOB—which is, incidentally, the largest book festival in the nation—takes place this coming Saturday and Sunday, April 22 and 23, on the campus of the University of Southern California. And it is absolutely free to all who attend.

The festival has authors’ panels and readings to accommodate nearly every kind of literary taste. For instance, for those WitnessLA readers who have a deep and abiding interest in all things relating to crime, cops, courts, and criminal justice, I have some excellent book recommendations, along with tips on crime fiction author events you might want to check out. High on that list of great bets are the authors of this year’s five finalists in the Mystery/Thriller category of The Los Angeles Times Book Prizes, four of whom will be on discussion panels at the festival.

(The winners of the various book prizes will be announced Friday night, April 21.)

Since I was one of the judges in the Mystery/Thriller category for this year’s book prizes, I can tell you without hesitation that each of the five books that made our short list is a stellar read.

Here are some details on the five, in no particular order:

Dodgers is a crime thriller and coming of age story that is unlike most anything else out there. East, the central character of Bill Beverly’s first novel, is a Los Angeles teenager who is working as a lookout outside a drug house in a violence-haunted area of town, when things suddenly go very bad. In reaction to events, he and three other gang-involved boys, one of them East’s volatile younger half-brother, are shooed quickly out of town on a cross-country driving trip to perform a hit on a black judge whom they know nothing about, but who lives in a wintery and woodsy Wisconsin town. When events begin to explode in a million wrong directions, a fragile sliver of opportunity opens up for East to perhaps slip out of the trauma-laced confines of his past. He goes for it. Naturally, nothing is ever quite that simple. And yet there is more to the story. Just read it.

“His Bloody Project: Documents Relating to the Case of Roderick Macrae” by Graeme Macrae Burnet

A finalist for the Mann Booker Prize, Graeme Macrae Burnet’s His Bloody Project is a multi-voiced tale of a horrific triple murder committed by a 17-year-old in a remote Scottish farming community in 1869. And, weirdly enough, it’s a page-turner.

Roderick Macrae, an introverted and extremely intelligent boy who is the admitted murderer, is also the primary unreliable narrator whose voice we hear as the many-stranded tale of what led up to the murders gradually unwinds. Yet there are other voices, like those of the villagers of Culdie, Ross-shire, whose views we also hear in the form of police-conducted interviews, all of which were found among the collection of documents unearthed by the book’s contemporary “author.” Macrae’s own written account of what occurred is primary among those unearthed secret papers.

The cumulative effect of this half thriller/half sociological study of the cost of familial abuse, combined with misuse of power in a small village, is both gripping and thought-inducing.

“The Girls” by Emma Cline

Emma Cline’s The Girls is another first novel, and another unusual coming of age story, but this time set in what could be the summer of of 1969, the season of the Manson murders. The narrative follows a disconnected suburban 14-year-old named Evie Boyd who becomes fascinated with some older girls who are traveling in the wake of a Charle Manson-esque cult leader. Evie enters partially into his thrall, but really, it’s the girls who interest her, because they seem more authentic than the bland expectations that surround her at home. The story that ensues is painful, imaginative, terrifying, and believable—all wrapped up in a breathtakingly intelligent novelistic package.

“The North Water” by Ian McGuire

Ian McGuire’s The North Water isn’t a crime novel per se, although this tale of a 19th-century Arctic whaling expedition is loaded with violence, mystery, and nearly unbearable suspense. Ian McGuire takes huge risks with his great white shark of a book, as the New York Times’ Michiko Kakutani called it. Yet he manages to land every impossible leap over a wide variety of potential writing abysses, while making it all look gorgeously easy. McGuire’s book is something that literature professors are likely quickly adding to their class syllabi, so that classrooms full of ambitious future novelists can try to figure out how McGuire did it.

Set in 1948 Atlanta, Thomas Mullen’s Darktown follows two fictional members of the Atlanta Police Department, who are also among the city’s first black police officers. Lucius Boggs and Tommy Smith, both war veterans, have joined the force during a time when black cops aren’t allowed to arrest white suspects, or drive squad cars, or even enter the main police headquarters building, all of which is only part of what imperils their progress—and also the partners personally—as they work to solve the murder of a black woman last seen in the company of a white man. This meticulously-researched hard-boiled police procedural, while set in post-war America, is also a book that feels immediately relevant to the racial complexities we face today. At the same time, Mullen has created a passionate piece of storytelling so compulsively readable that one longs for a sequel immediately after finishing the last page.

As for the festival itself, there are six excellent mystery/thriller author panels to choose from—along with a rich list of other kinds of literary panels and author events.

For instance, at 10:30 on Saturday, at Bovard auditorium, you can see best selling novelist Michael Connelly, whose longtime LAPD detective Harry Bosch—now retired but not out of the game—is one of the most artfully drawn and believable characters that crime fiction has to offer. Connelly will be in conversation with Daniel Pyne, who is the executive producer/writer/showrunner of the excellent Amazon TV series based on Connelly’s Bosch books. (Connelly’s other first rate LA-based crime series, featuring lawyer Mickey Haller, was made into a feature film starring Matthew McConaughey, “The Lincoln Lawyer.”)

Did I mention that, as a novelist, Connelly makes better use of the city of Los Angeles than almost…well…anybody? Okay, consider it mentioned.

On Saturday at 11 a.m., Four out of our five Mystery/Thriller finalists will be featured in a panel moderated by crime novelist Stephen Jay Schwartz at Hoffman Hall.

Then on Sunday at 1:30 p.m., I’m moderating a panel titled “Trust No One,” featuring four terrific crime novelists–Ace Atkins, Melissa Scrivner Love, Mette Ivie Harrison, and Gina Wohlsdorf. You can find us at Salvatori Computer Science Center 101, and I promise the conversation will be a good one.

Yet, again, these are only three out of a campus full of author events occurring this coming Saturday and Sunday at the USC—from fiction to nonfiction, to kids’ literature, to food and cooking, humor, poetry, and….nearly anything else you can dream up.