As we wrote earlier,  last Friday, 34-year-old Adnan Khan, who is one of our columnists, became the first person  in the State of California to be re-sentenced, then released since the implementation of SB 1437, the law that changed the felony murder rule.  Khan and his family are extremely grateful and relieved by his release, of course.  But how will the new law that became active on January 1, 2019, affect other Californians, such as victims of crime, or crime survivors who have lost someone they loved.  Respected justice reform expert, Rebecca Weiker, is the Program Director for Re:store Justice, and knows Adnan Khan well.  But Weiker’s work is also deeply informed by the fact that she is a survivor whose beloved sister was murdered in 1992, which adds a crucial extra dimension as she explores these complex issues.

On January 18th, Adnan Khan, the co-founder of Re:store Justice, had his sentence of first degree murder vacated. He was released to join his family, friends, and community after over fifteen years of incarceration.

Adnan was convicted under California’s felony murder rule, which allows someone to be charged and convicted for a murder that happened in the course of another felony being committed (like a robbery), even when the person involved was not directly responsible for the murder, and did not act with “reckless indifference to human life,” or was not a major participant in the felony itself.

Adnan was the first person released as a result of Senate Bill 1437, a new law that recognizes that we should hold people accountable for the harm they intend to cause, as well as the harm they cause directly, but not for the acts of others. SB 1437 allows for the release of people who were convicted under the felony murder rule, but neither harmed, nor intended to harm, anyone.

Over the last several years, many survivors of crime who have participated in Re:store Justice’s programs at San Quentin have come to know Adnan, his story, his humor, his compassion, and his deep commitment to supporting young people and survivors.

Our restorative justice work is invitational and non-directive. We respect each person’s journey, and never suggest that a person should feel, or act in any specific way. The finality and heartbreak of homicide is devastating, and until it happens to you, unimaginable. The impact of the loss never disappears.

The responses to having a loved one murdered are as varied as the individuals who lives were ended. Some of us withdraw and seem to leave the world of the living, remaining here in body, but not spirit. We turn our grief into anger and demand punishment that is swift and severe. We go towards faith and we turn away from God. We are forgiving and we dream of vengeance. We walk a path that doubles back, or turns sharply. We sometimes halt our journey altogether, living in suspended animation for many, many years.

And so what might be survivors’ response to this new law, that will release people who were originally convicted of homicide, but who under the law no longer meet the criteria to have received that sentence?

Some survivors of crime will feel that they are being re-harmed, that a re-sentencing diminishes or disrespects their loved one. Others may believe that criminal justice reform is not in opposition to survivor needs; that our prisons hold people who have received punishment far greater than what they “deserved” and/or are no longer a threat to public safety.

Adnan’s original sentence was 25 years to life. Under that sentence, he would have served at least nine more years in prison, at a cost of $81,000 a year, his full sentence would cost almost three quarters of a million dollars. That money is now available to pay for programs and services that can prevent violence: after school programs for children, support groups for homicide survivors, mentors for young people who are struggling, re-entry and job training services for formerly incarcerated people.

Yes, the ripple effects of violence are powerful and devastating. Yet for years to come there will also be waves of positive actions, both direct and indirect that will flow out from the release of Adnan Khan. His contributions, and those of others returning home under this new law, will lead to healing for individuals, families and communities.

So welcome home, Adnan. We look forward to your leadership as we work with survivors, currently and formerly incarcerated people, and community members to creating peace and healing together. 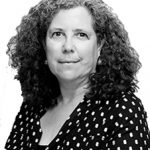 Rebecca Weiker is the Program Director for Re:store Justice. Her work is informed by her personal history; her beloved sister Wendy was murdered in 1992.