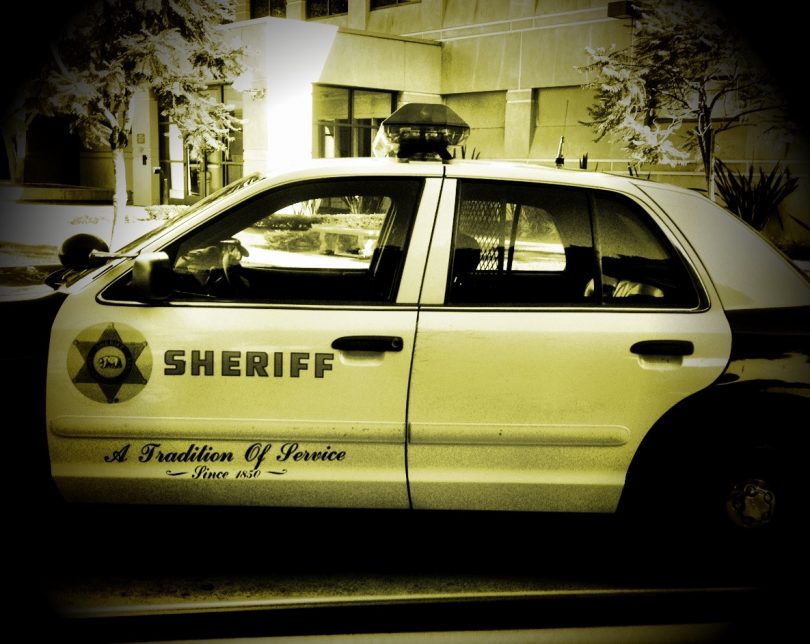 On Tuesday, September 29, the Los Angeles County Board of Supervisors took the next step toward restructuring public safety in LA County in response to calls for justice system overhauls, including the redirection of police funds toward social services.

The board unanimously voted to move forward with a plan to reimagine 911 and to build up an emergency response system that prioritizes non-law enforcement response to mental health crises and other emergencies that would be better served by health and human services workers.

In June, Supervisor Janice Hahn introduced an “Alternatives to Law Enforcement for Crisis Response” motion directing county leaders reimagine the 911 system and ways that teams other than law enforcement could respond to emergencies.

Hahn’s motion, which the board unanimously approved, directed the Department of Mental Health, in conjunction with its Health and Human Services Crisis Response Coordination Steering Committee, to come up with ideas for either a crisis response phone number separate from 911, or a way to triage and divert calls within the 911 system, that would send non-law enforcement teams to answer health and human services calls, rather than armed officers.

This proposal aligned with the guidance of the county’s Alternatives to Incarceration Workgroup, which, in March, offered 144 recommendations for making Los Angeles a “care first, jail last” county.

Then, on August 14, the steering committee returned to the board of supervisors with a preliminary report and set of recommendations for changing crisis response in LA County.

In addition to a coordinated crisis call network to replace the current 911 system, the county needs non-police crisis response teams that must be “better coordinated, more easily dispatched, equipped to manage transportation of clients and staffed with peers,” according to the report.

Additionally, the county must increase the availability of behavioral health urgent care centers, in-patient psychiatric treatment facilities, and residential treatment programs and other services for substance use disorder. “These facilities are absolutely critical to have a place to take individuals in crisis, other than emergency rooms, hospitals, and jail,” the DMH report said.

On Tuesday the board voted to move forward with the report’s recommendations.

It’s not enough, said Supervisor Hahn, to have law enforcement-clinician Mental Evaluation Teams (MET), and the Department of Mental Health’s Psychiatric Mobile Response Teams (PMRT) if they are not accessible during an emergency. “That is what this motion is for,” she said. Until now, there has been no way for the law-enforcement-run 911 system to triage and divert mental health calls. This motion “will allow calls that do not need law enforcement response to be triaged to department mental health,” Hahn said.

Community members who spoke before the board called on the supervisors to adopt alternatives to armed police response to emergencies.

People with substance use or mental health issues (including veterans with PTSD), as well as people who are experiencing homelessness, are often treated with neglect and “punitive disdain,” said one resident, Kathryn Kessy, noting that most of LA’s jailed individuals have mental health needs. Many of the lives “ruined or lost” by incarceration, neglect, or during fatal police encounters “will be Black or Brown,” she said.

Another young woman said she felt helpless when calling law enforcement was the only option to address her best friend’s mental health crisis. The police, Elizabeth Thorn said, didn’t hurt her friend physically or arrest him. But they didn’t help him.

“They asked him a few questions, and they left without any action,” said Thorn. “They didn’t refer us to any services.”

“They clearly did not have the training to do anything meaningful for my friend,” she said. “After scrambling through every Google search you could think of, we were finally able to find a phone number to request a mental health team. Finally, 12 hours later, he was assessed and taken to the hospital to recover.”

Thorn said it took 10 people to get her friend the help he needed. “I can’t imagine this being possible for anybody without a significant support network. My friend was lucky, but he shouldn’t have to be.”

In a public comment submitted before the meeting, Daniel Robinson described the harm that his mentee in the Big Brother program experienced during a police encounter. The mentee “was having a mental health crisis and the police were called as the only option,” Robinson said. “A young man in need of compassion and treatment was instead sent to jail, not only giving him a record,” but also burdening his family with criminal justice fees they couldn’t afford. “It destroyed his feelings of self worth and his trust of his own family. The scourges of poverty and racism set him on a path of needing mental health support but instead of receiving that his suffering was criminalized.”

“We have to lead with and double down on our investment in care-first approaches whenever possible,” said Sherin. Crisis response “is a classic example.”

Not only will the county be able to “identify people who are suffering and get them treatment” rather than punishment, the DMH director said, but “we will be relieving law enforcement” from using time and resources to respond to “situations that require a behavioral health response, not a law enforcement response.”

“We are going to have to invest significantly” to boost the county’s number of mental health teams, Sherin said. “My teams are going constantly.”

Supervisor Hahn agreed, and said that she hoped that some of the board-approved funding for the Alternatives to Incarceration initiative could go toward building out alternative crisis response.

The supervisors approved $72 million for the ATI, as a starting point. Despite the coronavirus-related budgetary woes, county leaders are working to invest in its care-first, jail last model.

“Additionally, last week, $15 million was identified in savings from the cancellation of the McCarthy contract for the Men’s Central Jail plan – which was cancelled with the approval of my Board motion in August 2019,” Supervisor Hilda Solis said. “Of the $15 million savings, $13 million will be directed to the Office of Diversion and Re-entry (ODR), which brings the amount allocated in this budget to ODR to $30 million in one-time funding. The remaining $2 million will be allocated to the Alternative to Incarceration reserve.

“We know that this is a starting point, not an end point, and that more funding is needed,” Solis said.