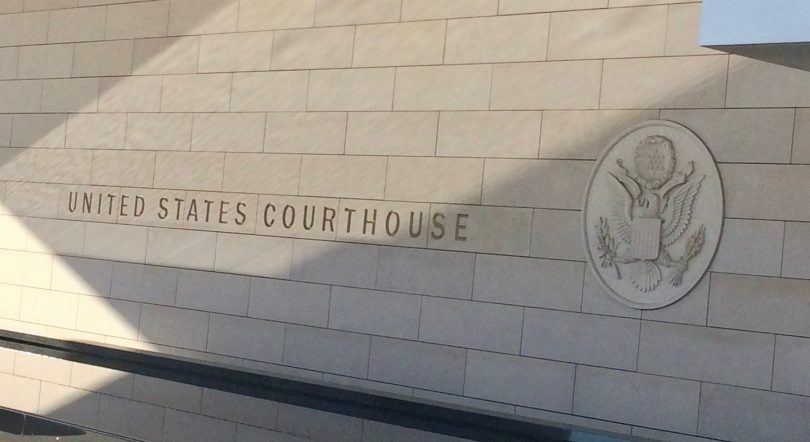 On Friday, Nicola Hanna was sworn in to serve as the interim United States Attorney for the Central District of California. But it’s not clear whether or not Hanna will last in the position.

Until his new appointment made last Wednesday, Hanna was a criminal defense lawyer at Gibson, Dunn & Crutcher, specializing in healthcare fraud, securities, and financial crimes, money laundering and Bank Secrecy Act violations. He also worked as a federal prosecutor in Los Angeles and San Diego between 1990 and 1998, during the states most intense period of gang and drug fueled violence.

“Nick is an outstanding lawyer with excellent judgment, unwavering principles and strong leadership skills. He will make an outstanding U.S. Attorney,” Gibson Dunn chairman Ken Doran said in a statement provided to Law.com. “His departure is a loss for our firm, but a huge gain for the government, justice and the rule of law.” California’s Central District covers Los Angeles and six other counties, and is by far the most populous of the US’s 93 federal court districts, and has the largest United States Attorney’s Office outside of the District of Columbia. In other words, it is one of the nation’s most important U.S. Attorney’s offices, due to the size and number of the investigations it oversees.

It is the second district, of course, that precipitated and oversaw the high profile indictments and convictions of more than 20 members of the Los Angeles Sheriff’s Department including the convictions of the department’s powerful second in command, Paul Tanaka, and the longtime former sheriff himself, Lee Baca, whose conviction is now on appeal with the 9th Circuit.

Hanna was one of seventeen U.S. Attorneys named by Attorney General Jeff Sessions last week, just one day under the deadline for such appointments.

The ticking clock culminating in Session’s appointments was triggered when the president abruptly fired 46 of the nation’s 93 U.S. Attorneys last March. The fact that President Trump wanted to appoint his own U.S.A.s was not at all unusual. Most new administrations want to put their own people into these positions. Bill Clinton did it. George W. Bush did it. Barack Obama did it.

Yet the transitions are commonly made in a more orderly fashion, where everyone is given a bit of warning.

“Orderly transitions allowed U.S. attorneys to leave gradually as their replacements were chosen,” California Senator Dianne Feinstein said in a statement released after the unexpected March firings. “This was done to protect the independence of our prosecutors and avoid disrupting ongoing federal cases.”

Eileen Decker, then the U.S. Attorney for California’s large and powerful central district, was one of the 46 who were asked to clear their desks immediately last spring.

Decker, an Obama appointee, was sworn in on June 29, 2015 to take over from previous Obama-appointed U.S. Attorney, Andre Birotte, when Birotte was tapped for a federal judgeship.

In the 46 districts affected, as mandated by law in the absence of appointed replacements, each district’s First Assistant United States Attorney stepped in immediately to fill the gap. In the case of the second district, the new Acting U.S. Attorney was Sandra Brown, an experienced, skilled, and well-liked prosecutor who was an expert in all things tax related, and whose cases had twice gone to the Supreme Court.

But U.S.A. Brown and the other acting heads could, by law, only remain in their positions for 300 days. That 300 day limit was up last week. Hence the 17 hasty appointments, which included Nick Hanna.

Yet, the appointments of Hanna and the others trigger new a 120-day period, after which President Donald Trump must make permanent appointments for U.S. attorney in those districts. If he does not, the federal court for each district will make a temporary appointment.