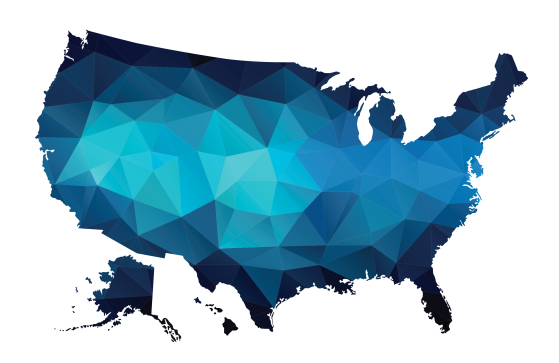 California received a “D” grade on a new report card measuring states’ pretrial justice outcomes by the Pretrial Justice Institute (PJI). The nation, as a whole, received a “D,” in fact.

“The State of Pretrial Justice in America is our attempt to capture the current standard of pretrial justice practices in all fifty states through using basic indicators and data states have made available to the public,” said PJI CEO Cherise Fanno Burdeen. “It is a baseline against which we can gauge progress from individual states and the country as a whole in coming years.”

PJI based its grading system on three measurements: the per capita rate at which people are locked up while awaiting trial, the prevalence of evidence-based pretrial assessment across each state, and whether states have “functionally” eliminated the use of cash bonds.

The final measure, according to the report is “the most crucial to achieving truly safe, fair, and effective pretrial justice.” New Jersey is the only state with any percentage of its population—in this case, 100 percent—living in a county that has eliminated money bail. New Jersey is also the only state that received an “A” grade on the report card.

The report points to New Jersey’s 2014 law, mandating statewide pretrial assessment, and greatly restricting courts’ use of cash bail except in extreme cases in which other conditions of release would be insufficient to guarantee public safety and to ensure that a defendant would show up for court.

The NJ law went into effect officially in January 2017. Since implementation, the number of people held in local jails pretrial fell by 15 percent in the first six months of the year. Prior to official implementation, court systems had already started locking up fewer defendants awaiting trial. Between mid-2015 and mid-2017, the population of unconvicted jail inmates dropped by 34 percent. Additionally, violent crime and overall crime rates were lower during the first nine months of 2017, when compared with the same period in 2016.

“As long as pretrial systems use money as a condition of pretrial release, poor and working class people will remain behind bars while those who are wealthy go home, regardless of their likelihood of pretrial success,” the report states. “This is a fundamental injustice.”

The report praised Arizona for a task force established in 2016 to analyze court fees and pretrial practices. The task force’s work led new court rules, including a ban on pretrial detention that is based only on a person’s inability to pay to bail themselves out, and a requirement that when courts do decide that cash bail is necessary, they use the “least onerous” kind of money bond.

The report also notes that the grades that states earned reflect work completed, rather than progress in the pipeline. The report highlighted CA as a state to watch as it moves toward reforming pretrial detention practices.

In October, a workgroup appointed by California Chief Justice Tani Cantil-Sakauye released a report detailing recommendations for transforming California’s “unsafe and unfair” cash bail system. The group of 11 Superior Court judges (and one court executive) recommended implementing services that include risk-based pretrial assessment and supervision system in every county, as well as integrating victims’ rights into the pretrial system.

Cantil-Sakauye has been at the forefront of the effort to reform bail practices. Earlier in October, the state’s chief justice penned a strongly worded essay arguing in favor of bail reform in the Harvard Law Review Blog. Cantil-Sakauye argued that while the money bail system generates $308 million each year for California, it is also responsible for considerable collateral damage for low-income individuals and their families when they are unable to scrape together enough cash to pay the non-refundable bail fee.

According to the report, just 2.9% of Californians live in a jurisdiction using evidence-based pretrial assessment. These counties include San Francisco, Santa Clara, Santa Cruz, and Ventura. (Other states with higher grades had far higher numbers of residents living in counties using pretrial assessment. Arizona, Connecticut, Hawaii, Rhode Island, Utah, and others had 100 percent in this category. Nevada had 89 percent, and Texas had 16.5 percent.)

In March, the LA County Board of Supervisors voted to explore possibilities for reforming the county’s bail and pretrial release system.

Between May 2016 and May 2017, defendants in LA County paid approximately $173 million in non-refundable cash to bail bondsmen, and $13.6 million directly to the courts, according to the Cantil-Sakauye-appointed workgroup’s report.

State reform appears to be on the horizon. California nearly passed a bail reform bill, SB 10, but the bill was put on hold by Governor Jerry Brown, who cited concern about the bill’s costs. Brown, Cantil-Sakauye, and lawmakers announced in August that they would work together to develop cost-effective changes that will promote public safety, and still address the bill’s goals.