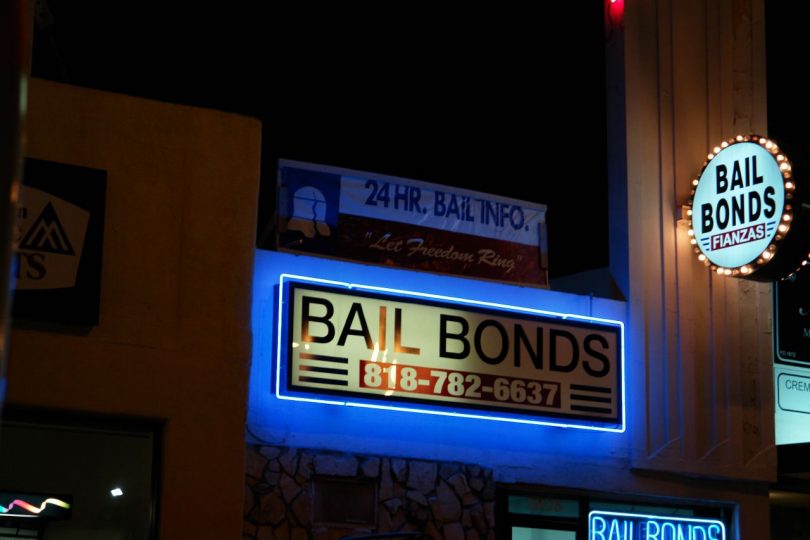 On Monday, the American Civil Liberties Union’s Campaign for Smart Justice announced the launch of a national initiative to abolish the cash bail system, which allows wealthy defendants to go free while indigent defendants who can’t afford bail remain behind bars awaiting trial.

The campaign will make use of the ACLU’s “strategic litigation, communication, and legislative advocacy,” among other tools, to support state and local bail reform efforts, according to Udi Ofer, director of the ACLU Campaign for Smart Justice.

The effort is part of a larger ACLU initiative focused on breaking down racial disparities in the criminal justice system and reducing the US jail and prison population by 50 percent.

The nation’s rapidly expanding jail population can be attributed, in part, to a growing reliance on pre-trial detention, according to a May report from the non-profit Prison Policy Initiative.

“This nationwide system of wealth-based incarceration keeps people who have not been convicted of a crime in jail for weeks, months, and even years,” Ofer said. “People lose their families, jobs, and homes as they wait for their case to move through the system. Money should never decide a person’s freedom, yet that’s exactly what happens every day in courts across the country.”

Last week, a report from UCLA’s Million Dollar Hoods research team revealed that between 2012 and 2016, $19.4 billion in cash bail was levied against arrestees. Homeless people were hit with a total of just under $4 billion in bail.

A total of 62,118 people were bailed out of LAPD custody during those years, paying approximately $17.6 million in bail money to the courts, and approximately $193.8 million in nonrefundable bail bond deposits to bail bondsmen during the five-year period, according to the report.

“The injustice of wealth-based detention keeps thousands of people behind bars on a daily basis,” Ofer said. “On any given day in the United States, nearly 450,000 people are sitting in jail even though they have not been convicted of a crime—many because they are too poor to afford cash bail. It’s an unfair system that has an unequal impact on people based on both wealth and race.”

Through the cash bail system, for-profit bail bondsmen and insurance corporations make billions of dollars, “all on the backs of low-income people and disadvantaged communities,” Ofer said.

These big corporations “should not be the gatekeepers” that determine who should remain behind bars, according to the ACLU.

“The only ones benefitting from the current money bail system are bail industry profiteers,” Ofer said.

Back in 2014, a Santa Clara County District Attorney’s Office investigation found that for years, bail bondsmen illegally paid inmates to solicit business within the county’s jails. Then, this April, an investigation by KQED’s Sukey Lewis revealed that the Santa Clara County Sheriff’s Department was aware that the practice, called “bail capping,” was happening inside the jails, but did not stop agents and inmates from engaging in the illegal, predatory schemes. California law prohibits bail bondsmen from actively soliciting bail business from inmates and their families. Only defendants, their families, or their lawyers may contact bail agents to secure bond—not the other way around. The practice isn’t unique to Santa Clara either. (Read Sukey Lewis’s full investigative series on KQED.)

At the state-level in California, members of the bail bond industry have fiercely fought to smother the cash bail reform momentum.

This year, bail bondsmen lobbied to take down California’s bail reform bill, SB 10. The bill was put on hold until next year. Governor Jerry Brown was reportedly concerned about the costs of SB 10. Brown, CA Chief Justice Tani Cantil-Sakauye, and the bail reform bill’s authors announced in August that they would work together to develop cost-effective changes that will promote public safety, and still address the bill’s goals.

In October, a workgroup assembled by California Chief Justice Tani Cantil-Sakauye released a report full of recommendations for transforming California’s controversial pretrial detention practices. The recommendations are the result of a yearlong study of the state’s bail system conducted by the workgroup of 11 Superior Court judges and one court executive.

The judges recommended implementing pretrial services that include risk-based pretrial assessment and supervision system in every county. Pretrial risk assessment is often touted as a way to reform the bail system while promoting public safety. But not everyone is thrilled with the idea of relying on the tool, which calculates the likelihood that a person will return to court or commit a new crime if released, should be based on factors like an individual’s history of failure to appear, prior convictions, current charge(s), and age. Critics, including San Francisco Public Defender Jeff Adachi and Human Rights Watch, say that using algorithms to determine who should be kept in jail is a practice prone to racial and economic discrimination.

Sweeping reform is possible, and sustainable, however, as evidenced by the state New Jersey.

This year, New Jersey is revealing itself to be a pretrial reform model for the rest of the nation. In November, New Jersey was the only state that received an “A” grade on a report card measuring states’ pretrial justice outcomes by the Pretrial Justice Institute (PJI). California, and the nation as a whole, both received a “D.”

The report pointed to New Jersey’s 2014 law, which has greatly restricted courts’ use of cash bail except in extreme cases in which other conditions of release would be insufficient to guarantee public safety and to ensure that a defendant would show up for court.

NJ has used cash bail for 33 out of 33,400 defendants since January, when the law went into effect, and the daily population in its jails dropped 17.2 percent. Additionally, violent crime and overall crime rates were lower during the first nine months of 2017, when compared with the same period in 2016.