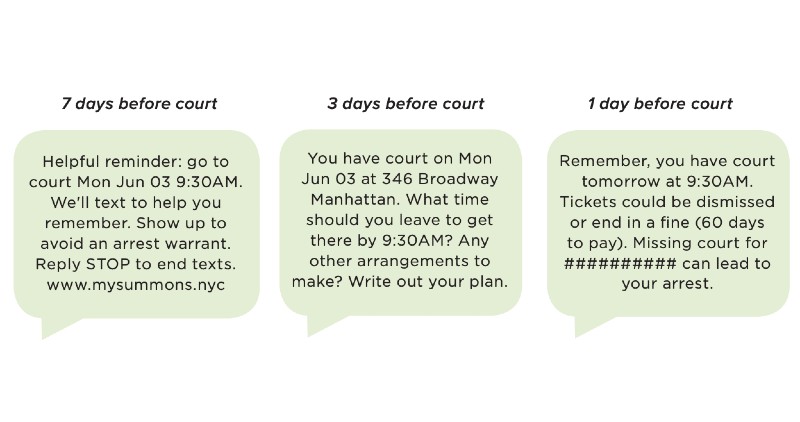 In April, the California Judicial Council instituted a “zero bail” order for misdemeanors and certain low-level, non-violent crimes to reduce county jail populations during the coronavirus crisis. Under this order and through other local efforts, Los Angeles County has reduced the jail population from more than 17,000 to under 12,000.

Across the county, many others have been arrested and released, rather than jailed, and given court dates starting in June 2020.

Last Tuesday, in response to the “unprecedented” pretrial jail releases and increase of people who must show up to court on their own recognizance, the Los Angeles County Board of Supervisors approved a motion to launch a one-year pilot program to improve court appearance rates by sending court date reminders via cell phone alerts.

“With the majority of the County’s residents having access to cellphones, it is imperative to explore technology solutions that provide the [Public Defender] and [Alternate Public Defender] a two-way communication means with their clients to improve case outcomes and reduce operational costs,” Ridley-Thomas wrote in his motion.

The LA County Superior Court system already uses an automated dialer program to remind people of court dates. However, the Court Appearance Reminder System (CARS) is only used in traffic court, and only for defendants whose cases have already been sent to collections.

Quite a few other CA counties already send court reminders to their justice system-involved residents.

And those counties are saving money by reducing instances of failing to appear in court.

A 2018 report from the University of Chicago Crime Lab and Ideas42 found that New York’s text message court reminder strategy, implemented in 2016, reduced  FTA rates by 26 percent, while open warrants dropped by 32 percent compared to when defendants received no phone messages.

“This common-sense approach should make courtrooms and courthouses safer and keep the jail population down in an effort to prevent the spread of COVID-19 while ultimately producing better outcomes for justice-involved individuals,” said Ridley-Thomas.

In this way, the plan also aligns with the county’s movement toward a “care first, jail last,” model.

“There is no question facing accusations while in jail places the accused in a clear disadvantage and turns the presumption of innocence on its head,” PD Garcia said. “We know that forcing the state to prove its case against a free person results in a better and more equitable disposition and results for the accused.”