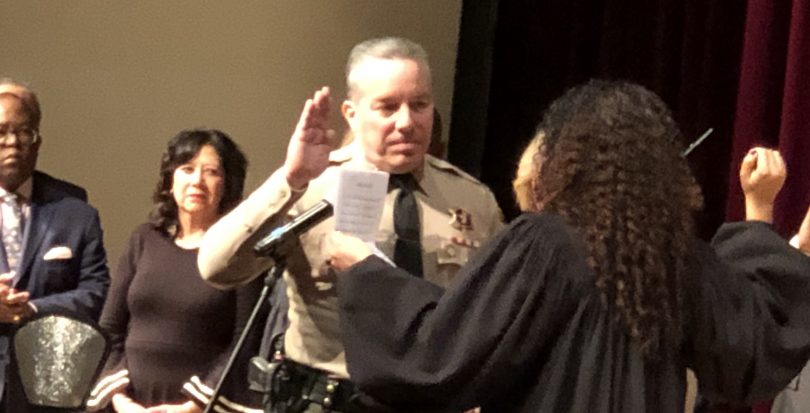 As you may or may not know, Spectrum Networks, the hyper-local cable news operation of Charter Communications, launched a much-praised Southern California news operation last month.

I’ll be on their morning news show on Tuesday at around 8 a.m. discussing what we know and don’t know about Los Angeles County’s brand new sheriff, Alex Villanueva.

Soon after, WitnessLA will publish our own coverage of Monday’s energetic and intriguing swearing in ceremony, plus a rundown of the concerns and the hopes that have been swirling around the launch of Sheriff Villanueva’s newly-birthed term as sheriff.

So watch this space.

Leave a Reply to JK X