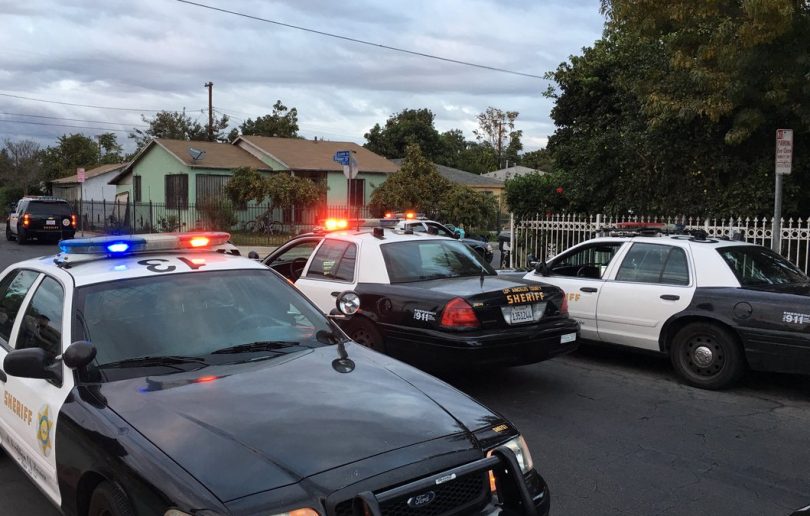 White officers appear to be no more likely than their black and Latino colleagues to shoot people of color, according to a new report from researchers at Michigan State University and the University of Maryland. Thus, the report suggests that increasing officer diversity may not effectively reduce the racially disparate proportion of black and brown people killed by police nationwide.

“We find no evidence of anti-Black or anti-Hispanic disparities across shootings,” Joseph Cesario, a professor of psychology at MSU, and David Johnson, a social-cognitive psychologist from the University of Maryland, wrote in their report, which was published in the Proceedings of the National Academy of Sciences.

(It’s important to note, however, that the report’s authors only looked at shootings that resulted in death, not shootings in general.)

The report’s findings come as a surprise in light of high-profile police-involved fatalities, and growing nationwide concerns about racism in policing. However, due to poor local, state, and national data tracking and analysis, there’s been no real way to see the bigger racial picture of fatal police shootings through data. Specifically, the researchers noted that fatal uses of force are underreported to the FBI’s Uniform Crime Report and those fatal shootings that are reported “lack details about officers,” including details about their race. This omission “prevents asking whether certain types of officers are more likely to show racial disparities,” the report states.

“Until now, there’s never been a systematic, nationwide study to determine the characteristics of police involved in fatal officer-involved shootings,” Cesario said.

The researchers created a new database with details of each law enforcement deadly firearm usage during 2015. Some of the data that Cesario and Johnson gathered was from comprehensive police shooting databases compiled by the Washington Post and the Guardian.

The duo contacted every police department with an officer-involved shooting to gather details that included the race, sex, and years of experience for each officer who shot a citizen.

The researchers found that “race-specific county-level violent crime strongly predicts the race of the civilian shot.” In counties with high rates of homicides committed by black individuals, black people were more likely to be shot by police. The same was true for areas with high rates of homicides committed by Latinos. As murders by white people (the control group) increased, people of color were less likely to be fatally shot during encounters with police.

While their research found no evidence that white officers are more likely to shoot black civilians, Cesario and Johnson do stipulate that when the data is broken down into rarer circumstances–like the shooting of unarmed citizens, or in cases of “suicide by cop”–it becomes harder to draw conclusions.

Examining racial disparities between types of fatal police shootings matters, the report says, because disparities “may cancel each other out” when you look at fatal shootings as a whole. “Even if a person fatally shot during a criminal encounter is more likely to be Black than White, this disparity will be difficult to detect if White civilians commit suicide by police intervention more frequently and such cases represent a large proportion of the overall [fatal officer-involved shootings],” according to the report.

“The uncertainty around these estimates highlights the need for more data before drawing conclusions about disparities in specific types of shootings,” Cesario and Johnson wrote. “Continued work on this issue will require more information about the officers, civilians, and circumstances surrounding these events … to better understand the relationship between civilian race and police use of force.”