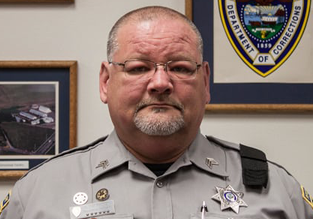 Alarmed by a spate of suicides in their ranks, the California Correctional Peace Officers Association (CCPOA), together with researchers at the University of California, Berkeley, launched a study to assess the mental health needs of the state’s correctional officers.

In June of this year, the Berkeley researchers and the CCPOA completed the first stage of their Correctional Officer Health and Wellness Project in which they received and then analyzed the results of a 61-question survey completed by 8,600 corrections and parole officers statewide.

Once all the project’s results are in, the union and the researchers plan to explore various pilot programs and interventions in the hope of finding replaceable ways to address the problems that the survey is bringing to light.

The issue is not, of course, confined to California, as illustrated by the story below by Ashleigh Fryer about Oregon Department of Corrections sergeant Michael Van Patten.

The Danger of Work-Related Trauma for Corrections Officers

Trevor Van Patten often thinks about how one small hitch in his daily routine could have changed the rest of his life.

If he had caught just one more red light on his way home that summer evening in 2003, or if he fumbled to get his key in the front door, his father would’ve had time to pull the trigger and end his own life.

But instead of walking into his house to find his father dead, Trevor found him sitting on the kitchen floor in tears, holding his 9 mm handgun, with an empty bottle of gin beside him.

“I remember seeing the look in his eyes … he was ready to take his life,” Trevor said. “Five seconds, 20 seconds, a minute later … and I wouldn’t have been there to save him.”

In 2003, Trevor’s father, Oregon Department of Corrections (DOC) Sergeant Michael Van Patten, had been working in corrections for almost two decades, during which time he’d conditioned himself to “leave it at the gate”—separate his work life from his home life and spare his family the often traumatic details of his job.

Michael didn’t know it at the time, but he was suffering from post-traumatic stress disorder (PTSD) from years of exposure to violent episodes in the facilities where he worked. In one such episode, he was unable to walk for four months after an altercation with a person restricted to solitary confinement separated his skull from his spine. He’d also witnessed more fights and stabbings than he could count, and watched a man under his supervision die of cancer in front of his eyes.

For the more than 430,000 corrections officers working inside prison and jails in the U.S., the risk of suicide is 39 percent higher than it is for people in other professions.

Twenty percent of respondents in a 2016 survey of staff in the Oregon DOC, where Michael has spent his entire career, said they had experienced mental health conditions such as anxiety, depression, and traumatic stress.

Michael, who eventually sought and received counseling and who now works at Oregon’s South Fork Forest Camp correctional facility, suspects that the prevalence of PTSD among his colleagues might be even higher than that. Just as many corrections officers do not share their mental health challenges with family members and coworkers, Michael said they also do not report them to doctors or therapists.

The hardest thing to break is this macho mentality

“The hardest thing to break is this macho mentality,” he said. “Sometimes it’s hard for people to believe PTSD exists, or recognize that it’s happening to them. But it’s very real.”

On top of the mental stress of the job, corrections officers often face physical health problems. A recent study of officers at a correctional facility in Connecticut found that, of corrections officers who worked in a prison environment for 15 years or more, 50 percent were affected by obesity and 39 percent suffered from high blood pressure.

Many DOCs across the country are recognizing the prevalence of these health problems among their staff. To begin addressing the issue in Connecticut, in 2011 the state’s DOC created the Employee Wellness Committee, which works to combat substance use, domestic violence incidents, depression, and obesity. Among other measures, the committee has created physical fitness challenges, hosted wellness fairs, and implemented a guide for conducting wellness checks on staff members who miss their shifts.

Four years after he found his father with a gun in their kitchen, Trevor asked Michael for his help filling out an application for a job at the Oregon DOC.

Initially, Michael was hesitant. He thought about the work-related trauma that made him unable to communicate with his wife, which eventually led to their divorce. He feared that the job would have a similar impact on his son’s marriage and other relationships.

It takes a while to change a culture, but you have to start somewhere…

Now, 10 years into Trevor’s career as a corrections officer, he and Michael are using their story to inspire change within the Oregon DOC. The father and son recorded a video of themselves talking about the day Michael came close to suicide, the impact of Michael’s PTSD on their family, and the repercussions of internalizing work-related trauma. The video is now used for training and educational purposes across the Oregon DOC as part of a concerted effort to prioritize the health and wellness of DOC staff.

“It takes a while to change a culture, but you have to start somewhere in order to get to the top of the hill,” Michael said. “We’re human. Recognizing that fact is one step toward the top.”

Although violence persists in the facilities where Trevor and Michael work, and Trevor has already experienced many of the traumatizing events that Michael experienced in his own career, Michael said there is one stark difference between the two of them.

“[My son] isn’t afraid to speak up about it,” Michael said. “He learned from what I went through. He knows if you don’t take care of your mind as well as you do your body, you can end up where I ended up.”

This story is part of a series developed through the Face to Face Initiative, a project from the National Reentry Resource Center and The Council of State Governments Justice Center. To learn more about Face to Face, visit https://csgjusticecenter.org/nrrc/facetoface/

Ashleigh Fryer is the Publications Editor for the CSG Justice Center