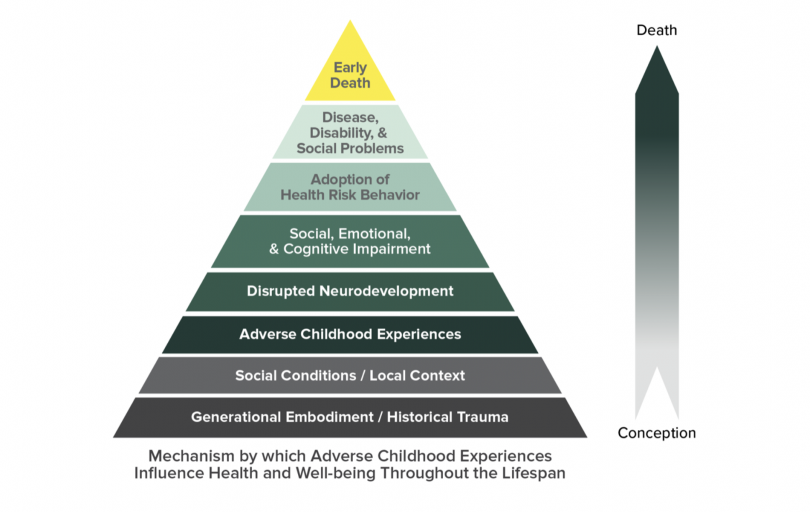 California health officials are gearing up for the launch of a statewide screening effort that aims to help doctors measure children’s exposure to trauma and their risk of related health problems.

Starting Jan. 1, California will become the first state in the nation to reimburse health care providers who screen patients enrolled in the Medi-Cal program for “adverse childhood experiences” or ACEs.

The $40 million effort has been hailed as a revolutionary change in California’s approach to health care, particularly within Medi-Cal, the state’s health program for people with limited incomes. At the same time, it’s raised questions about whether the state and health care providers are adequately prepared to act on the information the new screenings reveal.

“It’s a pretty big deal,” said Lishaun Francis, associate director of health collaborations with the organization Children Now. “We see (the screenings) as an opportunity for physicians to have a better understanding of what’s happening with children and families, and what impact that might have on their wellbeing,”

But, Francis said, “The state hasn’t quite rolled out a comprehensive plan on how providers can connect with community resources if families do say yes to any one of these adverse childhood experiences. That’s something we’ve been highlighting as the missing piece.”

ACEs are stressful childhood events that can include being homeless, not having enough food, being neglected or abused, having a parent who’s incarcerated, experiencing discrimination, and having parents who separate or divorce.

Children exposed to these types of trauma are at higher risk for physical, emotional and mental health problems as they grow and when they become adults, research shows. The more trauma a child experiences, the greater the risk for short- and long-term health problems, ranging from asthma, allergies, heart disease and obesity, to learning difficulties, depression and drug abuse. That’s because children’s brains and immune systems react physically to the trauma, a response known as toxic stress.

To screen children for adverse experiences, the California Department of Health Care Services selected a screening tool developed by researchers and pediatricians at UC San Francisco and the non-profit Center for Youth Wellness. California Surgeon General Dr. Nadine Burke Harris, who is leading California’s initiative to implement ACEs screening statewide, founded the center, which is a pioneer in the field.

The idea is that, by screening for ACEs, doctors can take steps to mitigate their harmful effects, and also educate families about how to prevent toxic stress in the first place. Burke Harris has said she wants to cut ACEs in half within a generation.

“To say that it’s groundbreaking would be an understatement,” said Dayna Long, who co-developed the screening tool and serves as medical director for the Department of Community Health and Engagement at UCSF Benioff Children’s Hospital Oakland. “California is leading the way to address trauma as a public health crisis, and the first step is universal screening.

“We are transforming the practice of medicine across the state and my hope is that other states will follow,” Long said.

The screening tool for children is a questionnaire to be filled out by caregivers or—if a child is 12 or older—by the child. It asks about exposure to abuse, neglect and household dysfunction, including whether the child has been separated from parents because of immigration issues or foster care, whether they’ve witnessed violence in their homes or communities, if they’ve lived with a caregiver who died, or with someone who has a serious illness or disability.

Health providers review the answers and calculate a child’s ACEs score. If a child has suffered four or more adverse childhood experiences, or if they’ve experienced at least one and have a health problem that could be related, providers are advised to link them and their families to support services, such as social workers and mental health care. Even if a child is at low risk for toxic stress, the state advises doctors to educate families about the problem and how to protect against it.

Adverse childhood experiences are extremely common, Long said. Screening of low-income children and their caregivers in Oakland revealed that around 80 percent of children had experienced at least one ACE by age five, and over half had experienced four or more, she said.

“What that’s telling us is ACEs are ubiquitous, particularly in the population that are served by safety nets,” she said. “ACEs are happening every day in the lives of our children and we as a health care system need to understand that these upstream factors are actually directly influencing the health of the children that we see.”

Long agreed more work must be done to develop and fund interventions to help children experiencing adversity. But she said simply getting doctors to screen for adverse childhood experiences and talk about them with families is a first preventive step.

“The fact that we’re able to get reimbursement from (Medi-Cal) for screening and asking hard questions and having to raise conversations is a huge win for the state of California,” she said.

Ultimately, “if as a state we can prevent that trauma from happening, we can improve the health outcomes for millions of kids, and that is remarkable,” Long added.