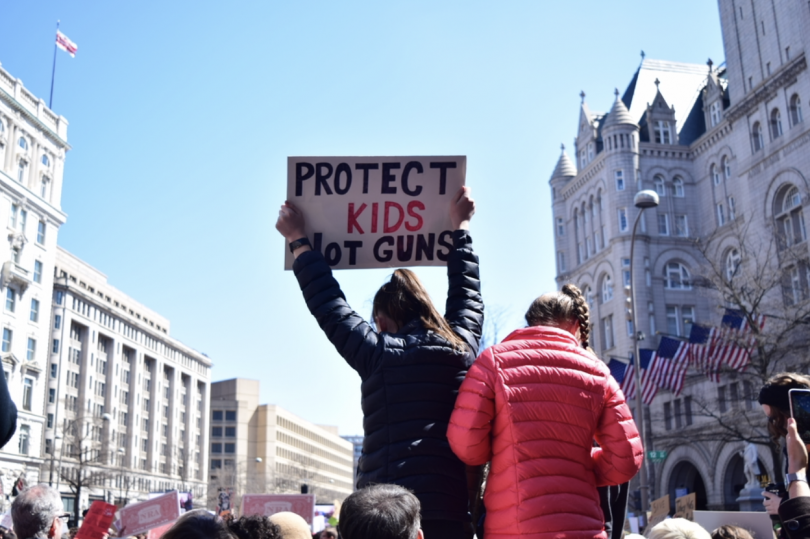 It’s encouraging to hear today that a bipartisan group of 20 Senators, made up of ten Republicans and ten Democrats, say they have reached a deal on a package of gun-safety and related measures, which are narrowly focused on preventing future shootings such as the devastating massacre on May 24, at Robb Elementary School in Uvalde, Texas, where 19 children, and two teachers were murdered.

But, as this essay below by Jane Ellen Stevens reminds us, sensible gun regulations are only one part of what is needed to address our nation’s mass shooting problem.

When ACEs lead to violence

Thousands of parents, pediatricians, social workers, educators, community advocates, kids, judges, police, and district attorneys know exactly what led to Salvador Rolando Ramos running into a school and slaughtering 19 kids and two teachers in Uvalde, Texas. And they know what could have derailed his path, as well as the path of all other recent mass shooters

To people educated about the consequences of too many childhood adversities and too few positive experiences, what happened in Uvalde is not a mystery.

Here is what research has established:

Ramos had, at minimum, five types of childhood adversities that lasted for years. He experienced extreme bullying, an abusive relationship with his mother, his mother’s reported substance abuse, an absent father; and a disability (stuttering, lisp) for which kids taunted him mercilessly. We know little about his early childhood, where more ACEs may be lurking.

A child that experiences toxic stress from ACEs exhibits a fight, flee, or freeze response. Ongoing toxic stress damages kids’ developing brains, and leads to them to exhibit coping behaviors, such as engaging in violence. Ramos coped with his distraught feelings by harming himself (he cut his face repeatedly with a knife), and violence, including fighting often with peers.

Of the seven positive experiences that research shows can ameliorate ACEs, Ramos apparently had only two: neighbors who cared about him and, until a while before the shooting, friends. There are other things that might have prevented him going on a shooting rampage, among them the ability to talk with his family about his feelings, feeling as if his family stood by him in tough times, some kind of regular participation in community, a sense of belonging in high school, and feeling safe and protected by an adult in the home. But Ramos appears to have had none of those mitigating factors.

Over his short life, which seemed to be one continuous downward spiral, there were many opportunities to intervene and change the trajectory of this unhappy and angry youth.

Any of his teachers in elementary, middle school and high school could have intervened. His behavior and that of his peers, even in elementary school, would have indicated he was troubled. The schools could have integrated anti-bullying programs. The friends he had could have alerted a counselor or a member of the clergy. The police officers who were called to his home could have arranged for a social worker to visit Ramos and his mother. Some of the reported 40 percent of the Uvalde city budget spent on the police department could have gone to training police in trauma and resilience-informed practices, and hiring social workers.

Experienced teachers, cops, social workers, and members of the clergy will tell you it’s easy to spot a troubled kid. But if people who work with children don’t have a solid education about the effects of toxic stress from ACEs on a child’s brain and body (this is the WHY a child acts out), if they don’t have trauma and resilience-informed programs at their fingertips (this is the HOW to help that child), they don’t know what to do.

The current default response to a kid who’s fighting, sleeping in class, or crawling under a table in fear is: “What’s wrong with you?” followed by some form of blame, shame and punishment. The response that has been shown hundreds of thousands of times to turn around a kid’s behavior is, “What happened to you?” followed by understanding, nurturing and healing.

Schools, police departments, courts, and faith-based organizations are integrating practices and policies based on the science of positive and adverse childhood experiences, with remarkable results:

Some experts say a child needs only “one caring adult” to help them succeed. But this works only if all of our systems—education, faith-based, justice, etc.—educate their staff about childhood adversity and implement trauma-and resilience-informed practices to create an environment where most adults are a “caring adult.” Otherwise, the likelihood of a troubled child being lucky enough to run across that one caring adult who can help them is slim. For a child with an overwhelming amount of childhood adversity who needs many caring adults, as was the case with Ramos, the chances are still slimmer.

Obviously, not every child overburdened with adversity and with few positive experiences ends up shooting people. Most don’t. The damage done to their brains and bodies manifests in other ways, such as chronic illness, addiction, divorce, and a myriad of other maladies. (PACEs Science 101.) ACEs are not destiny. If children understand that the adversity they experience is not their fault, that they had no control over that adversity, that the way they cope (fighting, smoking, drinking, thrill sports, etc.), is a normal response, if they are not taught otherwise, and that they can heal…this provides all of us with hope.

But when there’s not sufficient intervention, as happened with Ramos, and he expresses his childhood adversities through violence. And if, added to everything else, we make it easier for him to buy an assault rifle than a pack of cigarettes, then we have failed. We have failed Ramos, failed the 19 children and two adults he killed, the people he injured, their families, the community and the millions deeply affected by their deaths.

I didn’t write this to excuse his actions of Salvador Rolando Ramos. They are indefensible. I write today to urge us to understand him so that we can make sure communities derail other kids from the path taken by Ramos. Because if we know nothing else, we know this: There will be more.

This essay was first published by our friends at Aces Two High News.

Author Jane Ellen Stevens is the editor of ACES Too High, and founder and publisher of PACEs Connection.