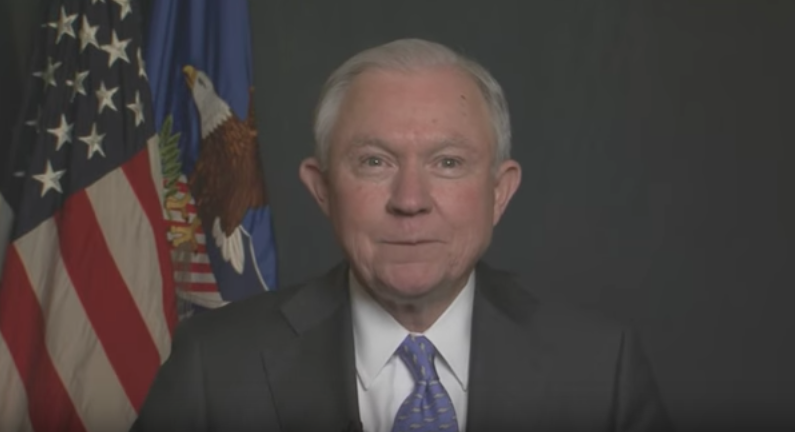 Speaking before the National District Attorneys Association on Monday, US Attorney General Jeff Sessions announced that the US Department of Justice plans to send out a directive to increase civil asset forfeiture efforts.

“With care and professionalism, we plan to develop policies to increase forfeitures,” Sessions said in his prepared remarks.

Asset forfeiture laws allow law enforcement agencies to keep cash, cars, real estate, and other property that may be connected to a crime (most often a drug crime).

Many states have stricter asset seizure laws than those of the federal government, however police and sheriff’s departments in California and elsewhere circumvent their own states’ forfeiture laws through the Department of Justice’s Equitable Sharing Program, which creates a loophole that allows cops to use seized money as revenue—with only the suspicion that laws have been broken—by bringing the feds into an investigation.

The practice was originally intended as a weapon with which to break up large-scale criminal operations. Across the nation, however, local law enforcement agencies are using the tool to pad their budgets, often taking money and property from people who have not been charged with a crime.

“Another extremist action,” Holder said in a tweet Monday. “This is a reform that was supported by conservatives and progressives, Republicans and Democrats.”

Between fiscal years 2000 and 2016, the Department of Justice’s Equitable Sharing Program distributed more than $6 billion in revenue to state and local law enforcement.

Back in April, the Justice Department’s Office of the Inspector General (OIG) released a report revealing that over the last decade, agencies seized billions of dollars from people never charged with (let alone convicted of) a crime.

AG Sessions said the directive to boost asset forfeiture practices will place a particular emphasis on drug trafficking. Yet, the April OIG report revealed that between 2007 and 2016, the Drug Enforcement Agency—the agency that accounts for the majority of all cash seizures—took more than $3.2 billion from civilians without charging the money’s owner with a crime.

Inspector General Michael Horowitz expressed concern that the DOJ “lacks the information and performance metrics it needs to assess the effectiveness of its seizure and forfeiture activities, and also to track the impact of those activities on civil liberties.”

In a majority of the seizures that the Office of the Inspector General analyzed, the DOJ could not verify if a seizure benefitted or even was related to a criminal investigation.

The report also found that the Justice Department does not require joint task force officers at either the state or local levels to participate in training on forfeiture laws before the officers can begin conducting federally sanctioned seizures.

“No criminal should be allowed to keep the proceeds of their crime,” Sessions said. “Adoptive forfeitures are appropriate as is sharing with our partners.”

A 2015 report by the Institute for Justice graded states’ forfeiture laws and highlighted the explosion of civil forfeitures after the 2008 financial crisis, when lean economic years further incentivized asset forfeiture among cash-strapped police departments.

And while there are rules as to what local agencies can spend their seized assets on, there are ways to get around them.

Both the DOJ and the US Department of the Treasury prohibit agencies to use seized money to pad officers’ salaries.

In January, the Associated Press revealed that the DOJ gave Virginia Attorney General Mark Herring suggestions about ways to work around the DOJ’s regulations regarding how seized money may be spent by law enforcement agencies. The Justice Department suggested that agencies could use the forfeited money to fund things like vehicle maintenance and other non-salary expenses, and then redirect the money that would have been spent on the routine expenses into salaries.

Last year, California Governor Jerry Brown signed a bill to rein in police officers’ ability to seize money and/or property without due process.

SB 443, introduced by Senator Holly Mitchell (D-Los Angeles), blocks law enforcement agencies from bypassing California’s civil asset forfeiture laws. To take advantage of the controversial Equitable Sharing Program without a conviction, the seized cash must be over $40,000. Additionally, before the passage of SB 443, law enforcement could seize the cash with just a “clear and convincing standard” of evidence. SB 443 increased the burden of proof to “beyond a reasonable doubt.”