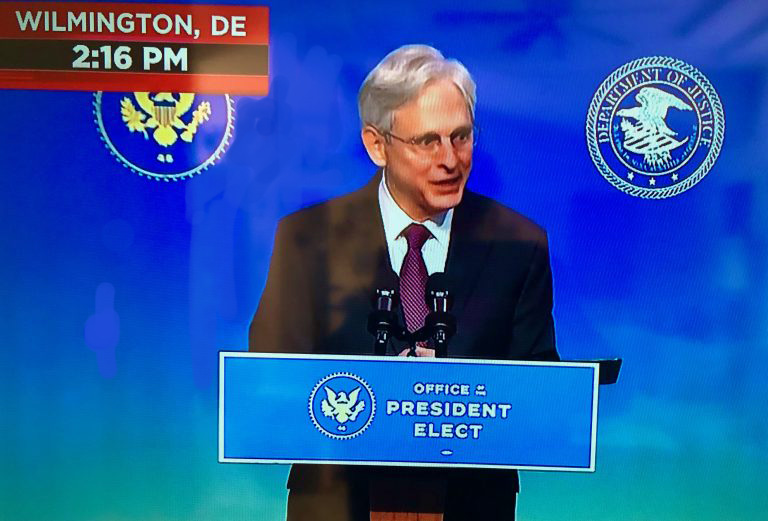 At around 2 p.m. Eastern, on Thursday, January 7, President-elect Joe Biden announced that Merrick Garland is the person he wants to lead the nation’s Department of Justice as its Attorney General.

For more than 20 years, Garland has served on the U.S. Court of Appeals for the D.C. Circuit, often considered the most important appellate court in the nation. He has worked in the past for the DOJ, first as Deputy Assistant Attorney General for the Criminal Division, then as Principal Associate Deputy Attorney General, where he oversaw such high profile cases as the Oklahoma City bombing.

Outside the world of justice, he is likely best known at this point as Barack Obama’s nominee for the U.S. Supreme Court during the last year of his presidency, whom the Senate Republicans refused to even consider because they wanted to shove through their own pick after Obama was out of office, tradition and precedence be damned.

On Thursday, in addition to introducing Garland as his pick for AG, Biden introduced three more of his choices for top DOJ  posts: Lisa Monaco as the Justice Department’s second in command, the Deputy Attorney General, Vanita Gupta, as Associate Attorney General, and Kristen Clarke, as head the DOJ’s Civil Rights Division, a division created 63 years ago, by the Civil Rights Act of 1957,  the function of which the  Trump administration has largely dismantled.

(More about the importance of the above three women in a minute.)

The news of the  choice of Garland — along with the selection of the three others joining Garland in the DOJ’s top ranks — actually leaked out on Wednesday.   But, what with domestic terrorists storming into the nation’s congressional chambers reportedly in the hope of  helping President Trump with an attempted coup, the unofficial news that Biden had chosen his attorney general, et al, understandably got somewhat lost.

Yet, when Biden began his speech on Thursday afternoon to announce his choice of Garland, he first expressed his upset and fury about the events at the nation’s capital the day before.

Rather than distracting from Thursday’s news , the events of the previous day seemed to inject the announcement of the president elect’s DOJ selections with, if anything,  even more urgency than they already carried.

“Yesterday, in my view, was one of the darkest days in the history of our nation,” Joe Biden began.

“But we, what we witnessed yesterday was not dissent, it was not disorder, it was not protest. It was chaos. They weren’t protesters — don’t dare call them protesters,” he said.  “They were a riotous mob of insurrectionists, domestic terrorists.”

The soon-to-be president also pointed to the two-track justice suggested by the stark contrast between the under-deployment of law enforcement in order to deal with the events of Wednesday, and the administration’s response to the largely peaceful marches and protests sparked by the killing by police of George Floyd, Breonna Taylor, and others.

“No one can tell me,” Biden said,  “that if it had been a group of Black Lives Matter protesting yesterday, they wouldn’t have been treated very, very differently than the mob of thugs that stormed the Capitol,” he said. “We all know that’s true….”

Biden braided these references into his introduction to his nominees, describing for example, an earlier discussion with Garland about the reason for the formation of the first justice department in 1870, the purpose of which was “to enforce the civil rights amendments that grew out of the Civil War — the 13th, 14th and 15th amendments,” and to “stand up to the Klan, to stand up to racism. To take on domestic terrorism.”

This original spirit, he said,  “must again guide and animate its work.”

When it was Garland’s turn to speak,  he also invoked  justice department history, describing how post-Nixon era attorneys general worked to establish a firm set of rules, norms, and boundaries, as the DOJ struggled to move forward from the the nation-rocking scandal brought about by the 37th president.

These guiding principles , said Garland, appearing to struggle with tears, “ensuring the rule of law, and making the promise of equal justice under law — are the great principles upon which the Department of Justice was founded and for which it must always stand.”

He didn’t need to spell out how often in the past four years the nation’s president,  who saw the Department of Justice as his own personal law firm, had taken a sledgehammer to the aforementioned principles.

Garland is a little more middle of the road than a lot of justice advocates originally might have liked, especially after the election of two democratic senators from Georgia suddenly meant that the president elect will have a far easier time getting congressional approval for edgier cabinet picks, than he likely would have before the Democrats double victory. 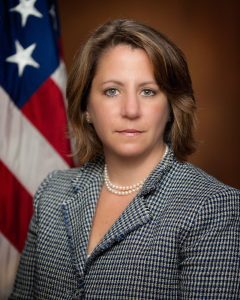 “I have sensed, that Garland’s record as a relative moderate on criminal justice issues while serving as a judge on the DC Circuit has led many criminal justice reform advocates to not be especially excited by the prospect he could become Attorney General,”  wrote Doug Berman, earlier this week.

(Berman is the founder of the respected blog, Sentencing, Law, and Policy, and the Executive Director of the Drug Enforcement and Policy Center, housed in Ohio State University’s Moritz College of Law.)

Miriam Krinsky, a former federal prosecutor who is now the founder/executive director of Fair and Just Prosecution, was optimistic as she listed some of the issues are at the top of her justice reform wish list, which is similar to that of other justice reformers, we spoke to.

“After a year that saw a groundswell of support for reform to our criminal legal system and pleas from millions to address racial injustice, the new administration has a mandate to implement sweeping and enduring change,” Krinsky said in statement, after the news broke.  “Judge Garland can lead the way towards this new vision of justice.” 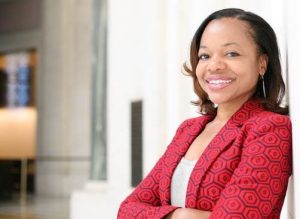 Krinsky also strongly commended the decision to bring Vanita Gupta back to the Department of Justice as Associate Attorney General. 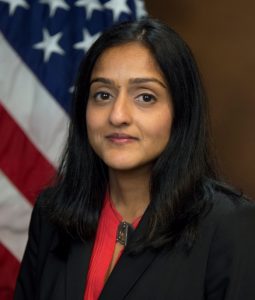 And, in truth, all appear to be strong picks.

Monaco, a veteran prosecutor,  was the assistant to the president for homeland security and counterterrorism under President Obama.

Clarke is president & executive director of the National Lawyers’ Committee for Civil Rights Under Law, and formerly served as the head of the Civil Rights Bureau for the New York State Attorney General’s Offic.,

Gupta served in the Obama administration as acting assistant attorney general and head of the civil rights division in the Department of Justice. Prior to that, she was deputy legal director and the director of the Center for Justice at the American Civil Liberties Union.

As each of the three spoke on Thursday, they described themselves ready for the formidable tasks ahead of them.

When it was her turn, Vinita Gupta encapsulated the goals and the challenges as this new team saw them.

“There are many agencies in the federal government, but actually only one that bears the name of a value,” Gupta said. “By virtue of that name, that value of justice, we know that the department carries a unique charge.”

“At its best,  the DOJ “is the keeper of a sacred promise. It’s the promise of equal justice for all.

“But when abandoned,” Gupta said, “we degrade our democracy and sow the division that we’ve come to know all too well.”