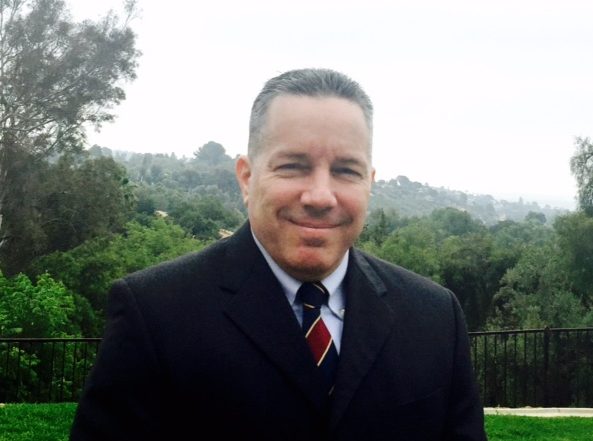 Lieutenant Alex Villanueva, 54, is one of two candidates who have thus far announced their intention to challenge incumbent Los Angeles County Sheriff Jim McDonnell in 2018.

The other candidate is former LASD commander Robert Lindsey, who is the newest to announce his intention to run.

And there is rumored to be one more former department member who may throw a hat into the ring. (We’ll let you know when and if this possible third challenger enters.)

The odds of beating an incumbent Los Angeles County Sheriff are considered to be very long at best. Those odds are not helped by the fact that Sheriff McDonnell—who, on December 1, 2014, became the first outsider to be elected to the position in 100 years—has a long and impressive history in law enforcement, is just in his first term, and is generally well-liked among both the county’s power brokers, and the voters.

Still, 31-year law enforcement veteran Villanueva believes that, with the right approach by the right challenger, MCDonnell is vulnerable.

As an experienced military veteran, who also earned a doctorate in public Administration studying the impact of diversity on law enforcement leadership, Villanueva says he learned valuable lessons in leadership while serving in the United States Air Force and the California Army National Guard. As sheriff, he says, he would “rebuild the LASD from the ground up, reforming the organization around the principles of community policing and ethical standards of conduct.”

In the first of a series of interviews with the people who wish to climb to the top rung of the LASD, over the weekend, we asked Villanueva why he believes someone other than Jim McDonnell should lead the world’s largest sheriff’s department, and why he thinks that person ought to be him.

WitnessLA: Alright, why do you think you should be Los Angeles County Sheriff instead of the present sheriff, Jim McDonnell?

Alex Villanueva: When McDonnell was elected he had one mandate and one mandate only, which was to change the game, reform the department, and inspire people to do their best to serve the public. But he didn’t do it. Arrests are down. We’re not seeing proactive police activity. Deputies don’t feel that management supports them any more. Crime is up. For the first time in the history of the department we lost a contract due to incompetence, which was the MTA contract.

McDonnell inherited a cancer patient, terminal Stage 4. And he applied cosmetic surgery. That does not get the job done. Instead we got new brass buttons, brass buckles, and new logos on the radio cars.

Everyone expected Jim McDonnell to clean house. But he didn’t do that.

So, now everyone’s head is down. The morale of the employees is not good. There’s no pride in the organization. Everyone is walking on eggshells.

WLA: Well, specifically what would you have done differently? Or to put it another way, why should the average LA County resident who knows nothing of the department’s internal politics elect you over Sheriff McDonnell?

AV: Part of the inability of McDonnell to enact reform was that he kept the players who were mired in the corruption of the Baca and Tanaka regime. The very same people that Tanaka identified, groomed, cultivated and basically pulled up through the ranks because of their willingness to look the other way, to accept cronyism and corruption as the status quo, those people are still in place today in critical executive positions throughout the organization. Those are the very same people who have basically convinced McDonnell that there’s no problem. They are a major impediment to reform.

WLA: So what would things look like under Sheriff Villanueva?

AV: If I was the sheriff, probably half of the problem with [the Baca/Tanaka crowd] would be gone overnight because if they’re at least 30 years on and near the age of 55, they’re simply going to vanish. Just like when Baca took office in December 1998, a large chunk of the Block administration executives just retired.

WLA: What about those who remain?

AV: This is where I would have to dig down hard with one-on-one interviews, and do a very good audit of where people stand. I’d want to know what they did during the reign of terror of Baca and Tanaka. What did they know, when did they know it, and what did they do about it? Did they look the other way and accommodate it? If so they’re not going to have a position with the organization.

WLA: There are Civil Service restrictions, of course, not to mention the threat of lawsuits.

AV: Obviously there are issues with the civil service board. But if I know someone’s integrity is compromised, I’m going to make sure they’re in a position where they can do the least amount of harm. They are not going to get in the way of reform. And then I’m going to recruit the people within the organization that I know are dedicated, educated, extremely bright, and experienced.

WLA: One of the things some have said is that, when it comes to candidates for top management, due to the problems of the past, the department doesn’t yet have a deep bench.

AV: No, no, no. That’s not true. The department is chock full of wonderful talent. Many good people have been basically marginalized and made almost invisible with the McDonnell crowd, which is the same as Baca and Tanaka crowd. I know who a lot of those people are. Those people I’m going to move forward to put them in a position of responsibility where they can help out and reform the organization.

“Many good people have been basically marginalized and made almost invisible…”

And, if I’m still short on the people I need to complete the entire command staff, I’ll bring in some of the people who retired, basically, for lack of hope in seeing the organization reform. Then, if I’m still short after that, I will not hesitate to recruit people that have expertise from outside the department. We thought McDonnell would do that. But he didn’t.

WLA: To change the subject a bit, running a successful campaign in LA County is an expensive endeavor. Are you worried about raising enough money to mount a viable campaign against a sitting sheriff who has already proven that he can raise the necessary dollars?

AV: I plan on raising enough money to be competitive and to get my message out. LA County is one of the most diverse counties in the entire country, if not the most diverse. I will be taking my platform of reforming criminal justice within L.A. County, and making the department responsive to the needs of the community, to far more segments of the county than others have done in the past.

I’m going to pursue all the fronts available to me and I’m not going to be soliciting from the same traditional sources that most campaigns have used in the last few elections.

WLA: So what non-traditional sources will you approach?

AV: I think the campaigns of Bernie Sanders [and others] have proved to be very adept at raising money over the internet in small amounts, from large amounts of people. If you have a message that resonates with a large enough group of people, the internet gives you the opportunity to connect with them, and those little 20, 30 dollar contributions by thousands of people goes a long way.

There are many ways we can get to the number that we need to be competitive.

WLA: OK, before we sign off, give the readers your quickie elevator pitch: why you and not McDonnell?

McDonnell represents the entrenched status quo, the people who are loathe to reform anything that involves moving large parts of the county bureaucracy. My entire career I’ve been challenging the status quo when it did not work. I’ve been in the faces of people who I believed were corrupt and I told them what I thought about them. This includes Baca, Tanaka, the whole crowd back in 2004. I called him out and said the path you’re taking is going to lead to destruction. They ignored me and, of course, now they’re going to prison, or they’re already in prison.

If I’m elected, on day one, we’re going to set an entirely new course for the organization. It’s going to be one that is built on public service, not self-service. The decisions we make are going to be driven by facts, not by agendas. That’s what this department needs.

Instead, right now there is still a lot of vindictive action going on within the executive ranks. The rules apply to some people, but to others they don’t. And that’s bad for morale.

You still have an elaborate political spoils system. Instead of a merit-based promotional process, you have a patronage system, which is nothing different that you had under Baca.

And I know who the players are, and which people are the impediments to reforming the organization.

EDITOR’S NOTE: This interview has been trimmed and edited for clarity.