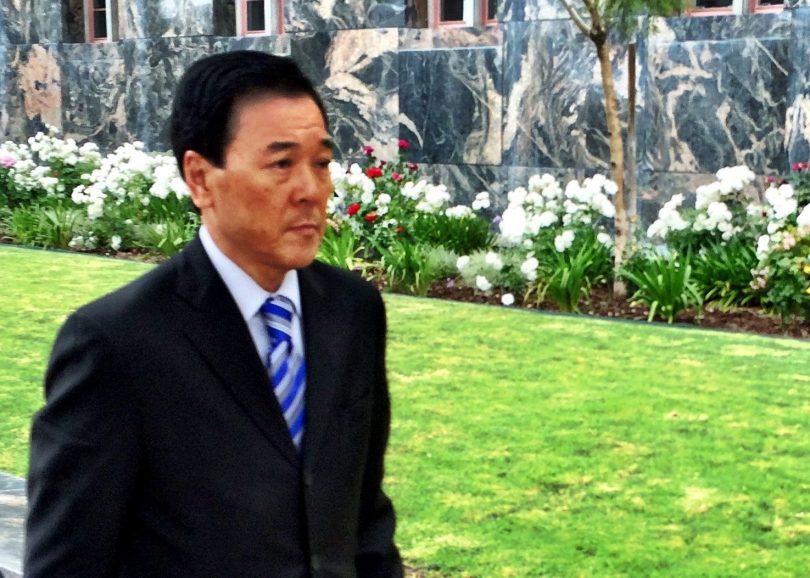 Back in 2015, Los Angeles County Sheriff’s deputy Ban Nguyen accused department higher-ups of retaliating against him for refusing to falsify paperwork for job candidates Nguyen found unsuitable, but who were favorites of department leaders. Nguyen said this was especially true for the candidates connected to then Undersheriff Paul Tanaka.

Nguyen, a former background investigator for the department’s personnel bureau, also alleged that the retaliation intensified when he refused to fundraise for Tanaka’s campaign for sheriff.

Attorneys representing Nguyen told a judge late last week that a tentative settlement had been reached in the lawsuit, which named the sheriff’s department, Paul Tanaka, two LASD captains, and two sergeants. The settlement came just as the case was headed for trial.

Nguyen, who joined the department in 1996, worked in the personnel division’s “Pre-Employment Unit” starting in 2008. His job involved recruiting new deputies, and overseeing portions of the application process. Then, in 2012, Nguyen moved to the “Administrative/Reserve” unit, where he was tasked with handling the applications of people favored by members of the department’s command staff—like then-Undersheriff Paul Tanaka.

Nguyen said it was common practice to doctor the applications of those pet candidates who failed necessary polygraph tests and/or psych evaluations, or who were otherwise unqualified. When Nguyen refused to alter candidates’ applications, Nguyen’s immediate superior, Sergeant Ismael Chavez allegedly “berated and screamed” at him.

Around that same time in 2012, Nguyen said then-personnel division captain, Kevin Hebert, found out that Nguyen had experience with raising money for political campaigns. The investigator reported that he turned down Hebert’s alleged request to fundraise for Tanaka’s campaign for sheriff, and turned down numerous subsequent requests.

Nguyen said he went to meet with then-Sheriff Lee Baca. He reportedly told the sheriff about the order to to “lie about or conceal damaging background information concerning Tanaka connected applicants,” as well as the retaliation he faced. Afterward, then-Captain Judy Gerhardt told him not to take his complaint “beyond the chain of command.”

The environment at work grew increasingly hostile, Nguyen said. Then, he was transferred to an entry-level position. When he tried to transfer to something more appropriate, the deputy says he was moved to a desk job and informed that there was an investigation into an anonymous complaint filed against him.

According to Nguyen, these events triggered mental and physical health problems. In September 2014, he was put on sick leave. He retired in November 2015. According to Nguyen, he would have continued working at the department, if not for the alleged retaliations.

(Read more about the Nguyen case—here.)