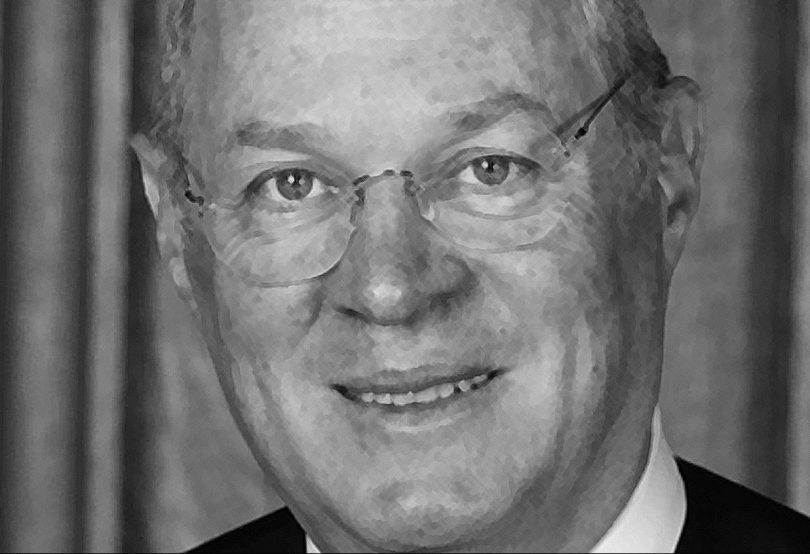 The Justice and the Word

President Donald Trump and a great many news pundits seem to view the U.S. Supreme Court as the president’s best chance for getting his travel ban executive order up and running, and out of the hands of the pesky lower courts that have thus far stopped the EO-2—as it is called in some quarters—in its tracks.

Predicting how the highest court in the nation will rule on any matter is a dicey activity at best. Yet, there are several factors that could derail the outcome that the president and his lawyers most desire.

Two of most significant of those potential obstacles might arguably be:

1. the person Justice Anthony Kennedy, and…
2. the word “animus.”

Going to the Supremes

First let’s recap what has led us to this point: On Thursday, May 25, in an 11-3 vote, the 4th Circuit Court of Appeals upheld a block on the president’s travel ban by Maryland U.S. District Judge Theodore D. Chuang.

(On May 15, the 9th Circuit Court of Appeals heard arguments on another temporary stay of the travel ban by Hawaiian U.S. District Judge Derrick Watson, but the 9th has yet to rule.)

The 4th circuit concluded in its 205-page ruling that, the March 6 Executive Order Protecting The Nation From Foreign Terrorist Entry Into The United States— a redo of Mr. Trump’s earlier, harsher EO—“…drips with religious intolerance, animus, and discrimination.”

Last Friday, the day after the ruling, acting Solicitor General Jeffrey B. Wall took the matter to the U.S. Supreme Court, where the government asked for an expedited hearing on the matter. If granted, SCOTUS would hear arguments on the case next fall, likely in October, with a ruling perhaps in December 2017, or January 2018.

(The government would also like SCOTUS to temporarily allow the executive order to go into effect now, while whatever is going to occur in the court plays itself out.)

It takes four votes to grant the petition seeking review, which is known technically as a petition for certiorari. It is extremely difficult to imagine that the petition for the court to hear the government’s appeal would not be granted.

Perhaps thinking of that probable SCOTUS hearing to come, over this past weekend, the president began expressing his own newest thoughts on his executive order, 140 characters at a time. “We need to be smart, vigilant and tough. We need the courts to give us back our rights. We need the Travel Ban as an extra level of safety!” he tweeted on Saturday night at approximately 7 p.m.

Then on Monday morning at around 6:25 a.m., Mr. Trump got up and tweeted again: “People, the lawyers and the courts can call it whatever they want, but I am calling it what we need and what it is, a TRAVEL BAN!”

Then few minutes later, he went further, “The Justice Dept. should have stayed with the original Travel Ban, not the watered down, politically correct version they submitted to S.C.”

And, a few minutes later still, the president let loose another volley: “The Justice Dept. should ask for an expedited hearing of the watered down Travel Ban before the Supreme Court – & seek much tougher version!”

The Legal Magic of Animus

In matters like EO-2, which are almost certainly destined to be appealed to a higher court, judges writing lower court rulings often tailor their language to specific members of the next court up the line, or in federal cases, to members of the U.S. Supreme Court.

Since a case like this one could easily split the Supremes along conservative/liberal lines, that could mean that, once again, Anthony Kennedy will be the swing vote. The tie breaker.

Thus it is not surprising that, in much of its lengthy ruling, the 4th Circuit seemed to be speaking directly to Justice Kennedy, even specifically citing at least one of his most relevant rulings.

But perhaps most importantly, the court focused intensely on a single word: animus, which appears 22 times in the 4th circuit’s ruling.

It is a word that is aimed directly at Justice Kennedy—without ever needing to mention his name.

In the legal world, animus means an illegitimate prejudice. But, more than that, according to Harvard Law School constitutional law scholar, Noah Feldman, animus is not only the key to the various lower court decisions freezing the ban. It is also, along with dignity, “one of the master concepts in swing voter Justice Anthony Kennedy’s jurisprudence.”

In constitutional law, Feldman writes in an interesting column for Bloomberg, “animus began its path to contemporary importance in Kennedy’s 1996 landmark gay-rights opinion in Romer v. Evans. Kennedy wanted to use the equal protection clause of the Constitution strike down an amendment to the Colorado state constitution adopted by referendum. On its face, the amendment said the state’s legislature and cities couldn’t adopt anti-discrimination laws to protect gay people.”

Before the Romer decision, the most common way to strike down laws that violated equal protection of some group or class, was to say basically that the law unduly burdened a class of people who were “discrete and insular minority.”

But Anthony Kennedy didn’t want to do that. So, as Feldman explains it, “Kennedy got creative. He wrote that the Colorado amendment’s ‘sheer breadth is so discontinuous with the reasons offered for it that the amendment seems inexplicable by anything but animus toward the class that it affects.’”

Given the presence of animus, Kennedy concluded, the amendment lacked “a rational relationship to legitimate state interests.” It was therefore unconstitutional.

So how does all of this relate to the EO-2 travel ban?

Well, if Justice Kennedy views the order temporarily blocking immigration from six predominantly Muslim countries as an exercise of anti-Muslim animus, according to Feldman’s logic, in the case of a 4-4 split in the court, the ban is probably toast. “It would be difficult for the justice to downplay Trump’s prejudice,” Feldman argues, “without betraying his own legacy.”

The 4th Circuit has littered its ruling with plenty of what it clearly regarded as animus-related ammunition to support that view.

To choose a random example, in one footnote, the 4th circuit wrote, “…there is simply too much evidence that EO-2 was motivated by religious animus for it to survive any measure of constitutional review.”

In addition to “animus,” the 4th circuit also spends a lot of time on the idea of “bad faith,” a concept that allows the court to look beyond the the stated purpose of the executive order to what might underlie it, which is where we find the purported animus. (There’s more to the principle than what I wrote, but that’s the bottom line.)

For instance, after much discussion of legal precedent governing the good faith/bad faith concept, the 4th circuit concluded, “…because Plaintiffs have made a substantial and affirmative showing that the government’s national security purpose was proffered in bad faith, we find it appropriate to apply our longstanding Establishment Clause doctrine.”

As the lower courts have done, the 4th circuit looked at statements made by the president and those around him as valid ways to determine if such legal concepts as “animus” and “bad faith” apply to the matter of the travel ban. They concluded that the concepts did apply.

“We need not probe anyone’s heart of hearts to discover the purpose of EO-2,” the 4th circuit wrote, “for President Trump and his aides have explained it on numerous occasions and in no uncertain terms.”

And, just to make sure nobody missed the point, the court cited Kennedy, several times, to explain the validity of their perspective.

“Justice Kennedy,” the court wrote, “explained that where a plaintiff makes ‘an affirmative showing of bad faith’ that is ‘plausibly alleged with sufficient particularity,’ courts may ‘look behind’ the challenged action to assess its ‘facially legitimate’ justification.”

And in looking behind the curtain, so to speak, the 4th Circuit decided that EO-2 violated the Establishment Clause of the First Amendment of the Constitution:

Surely the Establishment Clause of the First Amendment yet stands as an untiring sentinel for the protection of one of our most cherished founding principles—that government shall not establish any religious orthodoxy, or favor or disfavor one religion over another. Congress granted the President broad power to deny entry to aliens, but that power is not absolute. It cannot go unchecked when, as here, the President wields it through an executive edict that stands to cause irreparable harm to individuals across this nation.

These are complicated legal concepts that we are only able to touch on briefly here and, obviously, very much open to interpretation.

What will happen when the travel ban actually reaches the Supreme Court could surprise everyone.

But, if Feldman is right, and animus and Justice Kennedy are the key to the outcome at SCOTUS, President Trump’s latest tweets about his EO-2 are likely not helping his cause.

If you have further interest in the legal concept of animus, do go over and read Feldman’s full story. Also, whether you agree with the 4th circuit or not, even a ten minute skim through the court’s ruling makes for interesting reading.