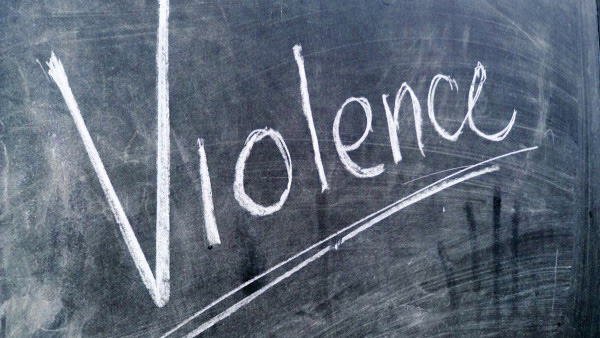 The patient visiting Dr. Elizabeth Tung’s clinical office had stopped taking her medications. She struggled with eating enough food but didn’t want to go to the market anymore. She rarely left her home.

“She was afraid to get out of the house, out into her neighborhood and out of her block,” said Tung, who specializes in internal medicine at the University of Chicago Medical Center. The woman was also afraid to ask her son to return home to help her, Tung added.

“She was terrified that a bright young black man such as her son, who was able to get out of the neighborhood, would be recognized and shot by a gang member,” Tung said. “It was out of a sense of her protecting him from her own neighborhood. She was isolating herself to protect her son, allowing her own health to take a hit.”

Such stories of isolation and loneliness have become more common in Tung’s practice, especially among older adults who live in Chicago’s most violent neighborhoods. She and her colleagues started researching the trend in 2018. They found that among the 500 adults they surveyed, exposure to community violence was associated with less frequent social interaction, and a lower perception of social support from friends. In addition, 65% of those surveyed said they felt lonely at least some of the time.

Millions of dollars are spent on law enforcement to solve crimes. But more often than not, there is scant funding for violence prevention.

“At a time when public health and policy leaders are calling for solutions to the ‘epidemic of loneliness,’ identifying populations at higher risk because of violence could help target interventions and ensure equitable access to social and medical support,” Tung and her colleagues wrote in a recent study.

Their study was among several compiled in a special edition of Health Affairs that looks at the health effects of violence and how public policy might respond. The broad goal was to understand how homicides, police brutality and domestic violence, for example, continue to cause harm long after arrests are made.

One study found that in a survey of 39 young African American youths living in Kansas City, Missouri, there was a strong desire for a community discussion about violence. Another study examined whether alcohol-related problems, such as convictions for driving under the influence (DUI), were associated with a higher risk for future domestic violence incidents among those allowed to purchase handguns in California. Researchers found that purchasers with prior DUIs had close to three times the risk of subsequent arrest for intimate partner violence compared to those with no criminal history.

A general theme emerges in the studies published by the journal: Violence, whether experienced directly or indirectly, has ripple effects that profoundly shape public health. Blood pressure rises. Stress levels increase. Seniors stay inside their homes and become isolated. Teens become anxious and hypervigilant as police continue to parole the area. Millions of dollars are spent on law enforcement to solve crimes. But more often than not, there is scant funding for violence prevention or to help people recover from the physical and mental trauma of such events.

More can be done among health care leaders to prevent it from happening, just as they would illnesses

“Violence is indeed a public health issue,” said Judy Belk, president and CEO of The California Wellness Foundation, which supported the work on violence for Health Affairs along with the Blue Shield of California Foundation. “As someone who has experienced violence through the loss of a sister to gun violence, a loss of a cousin to gun violence, and have seen how that impacted the community I grew up in, in Alexandria, Virginia and how it impacted my family and how it continued to impact me, (the research) is a reminder that the long term effects of violence are with us.”

While the increased awareness of the long shadow of violence is a good start, more can be done among health care leaders to prevent it from happening, just as they would illnesses, said Dr. Robert Riewerts, chief of pediatrics for Southern California Permanente Medical Group. Doctors screen for all kinds of diseases, but others tend to fall by the wayside, he added.

He said pediatricians should not only ask parents if there is a firearm in the home, but also talk to them about gun safety in the same way a doctor would discuss pool safety.

Domestic violence cost the state $9 billion a year in providing care to those who suffered mental and physical harm.

“I think pediatricians have been bashful about it,” he said. “I think parents want to be asked questions like that because they want to know we’re concerned with the safety of their children.”

And more funding is needed for programs that promote prevention, said Sandra Henriquez, CEO of CalCASA or the California Coalition Against Sexual Assault. In 2012, her organization commissioned a study that found that domestic violence cost the state $9 billion a year in providing care to those who suffered mental and physical harm.

“We really believe criminalization is not going to end sexual violence,” Henriquez said. “We have to prevent it. We have to treat it, to work on it. Not talking about it increases the risk of it happening again.”

Susan Abram is a freelance journalist who previously covered health and county government for the Los Angeles Daily News, and is a USC Annenberg Health Journalism fellow. Her story first appeared in the Center for Health Journalism’s Fellowship Showcase.