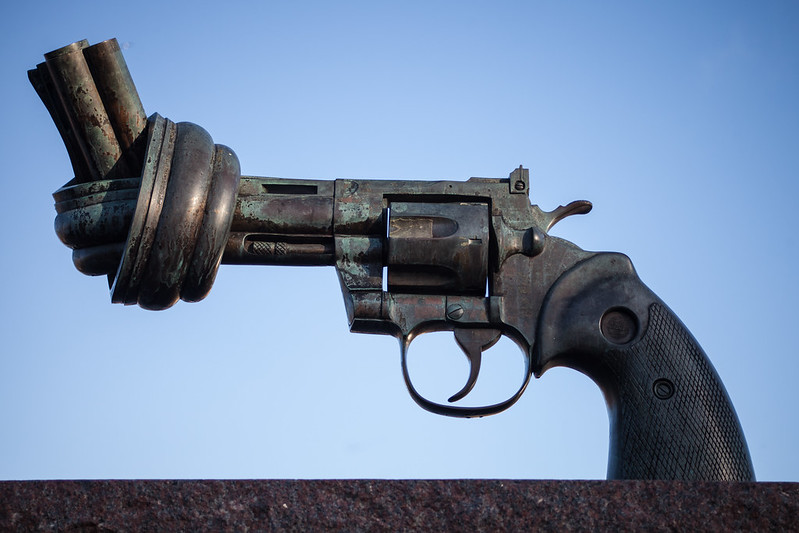 Buried in the $1.4 trillion spending plan Congress unveiled Monday is one expenditure that is relatively small in amount but represents a major shift in federal gun policy.

The spending bill allocates $25 million to the Centers for Disease Control and Prevention and the National Institutes of Health to study gun violence. If the bill becomes law, it would be the first time in more than 20 years that Congress has allocated money for such studies. It also would represent a victory for gun control advocates who have long argued that Congress’ refusal to pay for such research has deprived public officials of the data necessary to inform policy in that area.

Congress never actually prohibited spending on gun violence research, although that was the effect of what it did do.

By the 1990s, researchers were finding correlations between access to guns and gun violence. In 1996, the National Rifle Association lobbied Congress to approve the Dickey amendment, named for then-Republican U.S. Rep. James Dickey of Arkansas, which barred the CDC from using federal money to “advocate or promote gun control.”

In case anyone misinterpreted the meaning of the amendment, Congress at the same time cut the CDC’s funding by the exact amount the agency was spending on gun-related research.

The amendment essentially put an end to gun violence research by the CDC, the nation’s leading public health agency. Dickey later publicly regretted his authorship of the amendment bearing his name. He died in 2017.

Last year, Congress clarified that the CDC could conduct research on gun violence, as long as it didn’t explicitly promote gun control. But the agency said it couldn’t move forward without funding.

Congress is hoping to pass the bill before lawmakers leave for Christmas at the end of the week. The research appropriation is likely to be the only legislation related to guns to become law. The Democratic-controlled House did pass some gun control measures, including one that would have required stricter background checks, but the Senate has refused to take up those bills.

This story originally appeared on Stateline, an initiative of The Pew Charitable Trusts.